Hate Crimes Are on the Rise in Canada 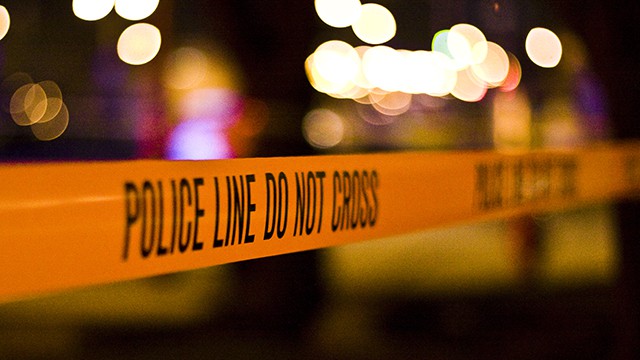 Although Canada–and especially its diverse cities, including Mississauga–has a reputation (well enough deserved, in many ways) for being tolerant and welcoming, hate crimes can and do occur.

And it appears they’re on the rise.

According to Statistics Canada, hate crimes (typically defined as violent crimes motivated by prejudice) rose by five per cent in Canada in 2015–largely due to “an increase in incidents targeting certain religious and ethno-cultural groups, specifically the Muslim population and Arabs or West Asians.”

Stats Can revealed that police reported 1,362 criminal incidents that were motivated by hate in Canada, 67 more than the previous year.

Although the findings are concerning, they are not entirely surprising. Since 2015, a number of media reports regarding unprovoked crimes, typically against Muslim residents, have emerged. Back in January, six Muslim men were gunned down at a Quebec City mosque. Over the past few months, the Peel District School Board has had to amp up security at meetings following incidents in which Islamophobic attendees became belligerent during proceedings.

As far as the definition of a hate crime goes, police-reported hate crimes refer to criminal incidents that, upon investigation, are found to have been motivated by hatred toward an identifiable group.

An incident may be against a person or property and may target race, colour, national or ethnic origin, religion, sexual orientation, language, sex, age, mental or physical disability, among other factors. There are also four hate propaganda offences that people can be implicated in, and those include advocating genocide, publicly inciting of hatred, willfully promoting hatred and committing mischief against religious property.

Overall, police reported 469 Criminal Code incidents in 2015 that were motivated by hatred of a religion, 40 more incidents than the previous year. These accounted for 35 per cent of hate-motivated crimes reported in 2015.

Stats Can also reports that although they went down, crimes targeting black populations remained the most common type of hate crime related to race or ethnicity (17 per cent of all hate crimes).

Overall, 48 per cent of all hate crimes in 2015 were motivated by hatred of a race or ethnicity.

As far as Ontario goes, hate crimes actually declined five per cent between 2014 and 2015. Stats Can says the decrease in the province was primarily driven by fewer crimes motivated by hatred against the Jewish religion (-30 incidents) and against the black population (-19). Disturbingly enough, Stats Can revealed that women and girls were more likely to be victims in incidents targeting a religion, and the presence of female victims in violent crimes motivated by hatred of a religion increased in 2015. That year, 53 per cent of such victims were female, compared with 40 per cent in 2014.

Just over four in 10 victims of hate crimes targeting a sexual orientation (42 per cent) reported an injury, compared with victims of violent crimes motivated by hatred of a race or ethnicity (29 per cent) and of a religion (12 per cent).

In terms of physically harmful attacks, violent hate crimes increased overall while still accounting for less than half of all hate-motivated incidents.  Stats Can says violent offences typically refer to assault, uttering threats and criminal harassment.

Overall, the number of violent hate crimes increased 15 per cent from the previous year, driven by increases in common assault and uttering threats.

From 2014 to 2015, the total number of non-violent hate crime incidents increased by five per cent, with mischief (which includes vandalism and graffiti) being the most commonly reported offence.