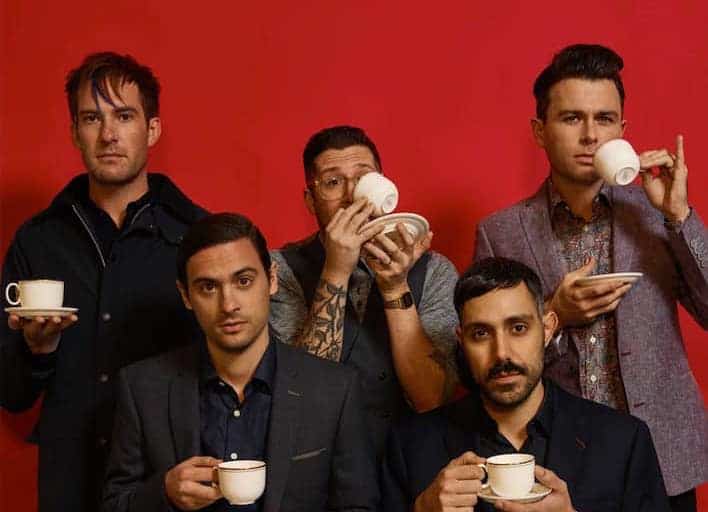 Hamilton’s The Arkells won Group of the Year at the 2021 Juno Awards Sunday night (June 7).

This is the fourth year that the band has won the coveted award and they beat out fellow nominees Half Moon Run, The Reklaws, The Glorious Sons, and Loud Luxury for the honour.

Just last week, The Arkells released the video for their latest single ‘All Roads,’ which was partially filmed along Ridge Road in Upper Stoney Creek and features drone footage of the Devil’s Punch Bowl.

They also recently announced the new date for the much-anticipated Rally at Tim Hortons Field (which had been postponed from June 2020 due to COVID-19), which will be held on June 25, 2022.

The Junos celebrated its 50th anniversary with virtual appearances by some of Canada’s biggest musical acts and celebrities.

Arkells frontman, Max Kerman, appeared alongside comedian and Kim’s Convenience star Andrew Phung to present best pop album and to plug Vaccine Hunters Canada and the This is Our Shot Campaign for their efforts in getting Canadians vaccinated.

There were virtual appearances by Shania Twain, Celine Dion, Justin Bieber, Anne Murray, Maestro Fresh Wes, members of Rush and so many more.

One notable absence was The Weeknd, who was named artist of the year while his ‘After Hours’ was named album of the year, but the artist was not on hand to accept the awards.

Perhaps one of the evening’s most poignant moments was when the Tragically Hip closed out the show, performing for the first time together since the loss of Gord Downey in 2017.

Feist joined the Hip to perform vocals on ‘It’s a Good Life If You Don’t Weaken.’