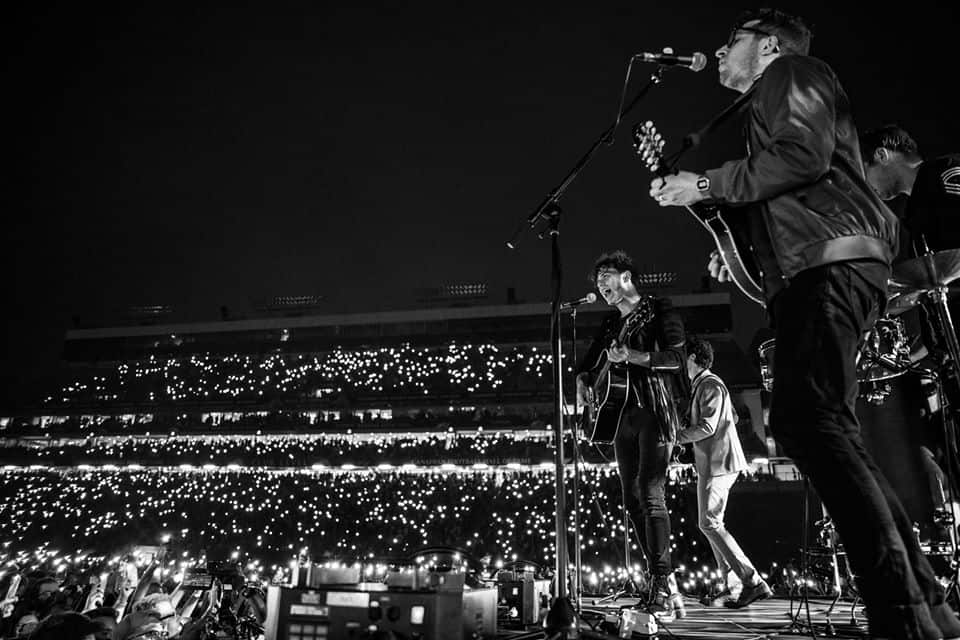 In another hopeful sign that we’re slowly returning to ‘normal’ Hamilton’s The Arkells have announced their first live concert date in 16 months.

The band is set to hit the stage in Toronto at Budweiser Stage August 13 and 14 in what is being dubbed ‘The Arkells Long Weekend.’

Our first concerts in 16 months. Outdoors. Together Again. Let’s do it right. #ArkellsLongWKND Aug 13 & 14 at @BudweiserStage
With the formidable @haviahmighty.
Tix on-sale Friday at 10 AM. Pre-sales start tmrw. Tag a friend who needs to know.
Tix: https://t.co/A9qCztzbIa pic.twitter.com/W4OH871cXx

The news comes shortly after the band’s announcement that their new album, Blink Once, will be released this Fall.

Initially, the 11-track album was set to be released Sept. 30, but the band moved the release date up to Sept. 22 after presales of the vinyl version exceeded expectations.

The album’s tracks include ‘You Can Get It’ and ‘All Roads’ which the band put out earlier this year, and the single ’Years in the Making,’ which was released in February 2020.

BLINK ONCE. Coming September 22nd.
Includes: You Can Get It, All Roads, Years In The Making and One Thing I Know.
So many of y’all bought the vinyl we decided to bump up the release date. Pre-order signed vinyl & pre-save the album now: https://t.co/XeCReYZS7t pic.twitter.com/mXlH2OGh4K

While Hamiltonians might be somewhat disappointed that the band’s first show in 16 months is outside of their hometown, rest assured, The Arkells will return to Tim Hortons Field next summer for The Rally on June 25, 2022, the only other live event the band is scheduled to appear at currently.

For more information on The Arkells and to purchase tickets to the upcoming show, visit the band’s website.