Hamilton’s social-bicycle fleet could be expanded 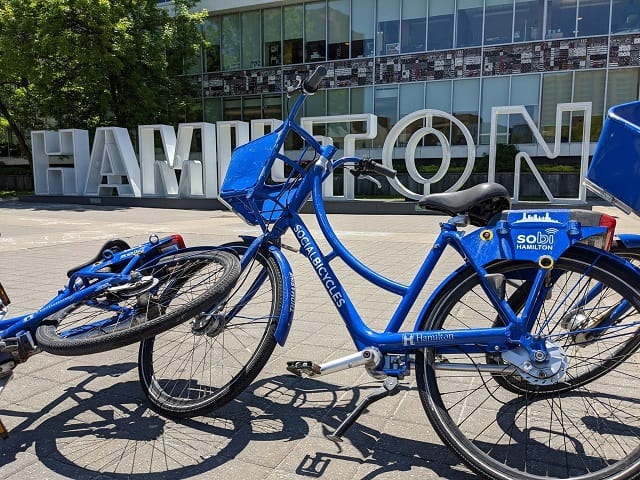 The city’s public works committee, which meets next Wednesday (July 7), has been asked to authorize staff to apply to Portland, Ore., to receive up to 600 used bike-share bikes. Portland is looking to donate the bikes after upgrading to electric-assist bicycles. The City of Hamilton would only have to pay the $50,000 shipping cost.

The repurposed bikes would potentially be in use by next spring.

The additions would not increase the size of the fleet by 600 bicycles, but it would give the nonprofit a supply of working parts to help maintain its fleet. Hamilton Bike Share Inc. (HBSI), also known as SoBi Hamilton, launched with 750 bicycles in 2015. It added another 75 in 2017, although not all of those bikes are still on the road.

Prior to the COVID-19 pandemic, the system had experienced shortages when there were major events in the city.

HBSI has an operating agreement with the city to operate the social-bicycle network through December 2022. In the spring of 2020, city council voted against using municipal funds to run the program after Uber Inc. terminated its operating agreement. However, donations and fundraising led to a new agreement beign struck with HBSI.