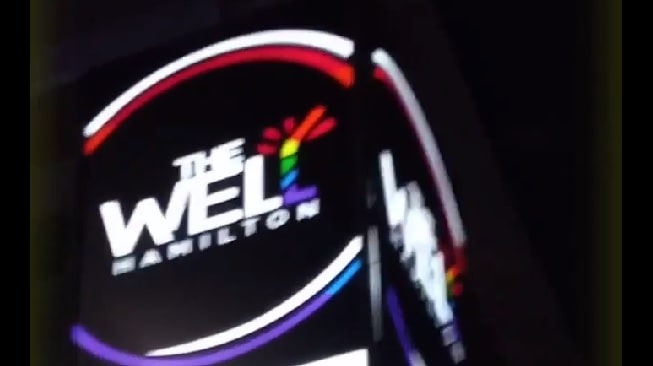 A new LGBTQ-friendly bar and restaurant in Hamilton that has brought new life to a historic pub space will get a second chance to make a first impression next week, when the COVID-19 restrictions that shuttered drinking establishments.

The Well, which opened in early December at 161 Wellington St. N. comes advertised as the “newest all inclusive safe-space” in Hamilton, where members of the LGBTQ community have often said has been tough to establish and keep in the city. Owner John Ribson, a Hamilton native with over 30 years of experience in the restaurant industry, has spent years renovating a space that had been sat neglected for several years.

The brick building at Wellington North & Cannon St. E. had sat empty for several years and still sported the sign of the long-gone Wellington Arms, which was actually the last men-only pub in Hamilton. During the first month, before Omicron led to restrictions, The Well’s entertainment included drag shows, gogo dancers, pay-what-you-can open stage events, brunch, bingo, and a Grey Cup party when the Hamilton Tiger-Cats were in the Canadian Football League’s championship game.

Food service is provided through the Topper’s Pizza restaurant that is in the same building. Prior to COVID-19 restrictions, The Well was open from 7 p.m. till 2 a.m. from Wednesday to Sunday.

The Hamilton Street Railway’s No. 3 bus route has stops in both directions near The Well. Its exterior branding is identical to The Well Toronto.

A post shared by The Well Bar Hamilton 🍸 (@drinkatthewellhamilton)

Further information about The Well Hamilton bar-restaurant is available at drinkatthewell.com/hamilton, at Facebook/The-Well-Hamilton and on Instagram (@drinkatthewell).