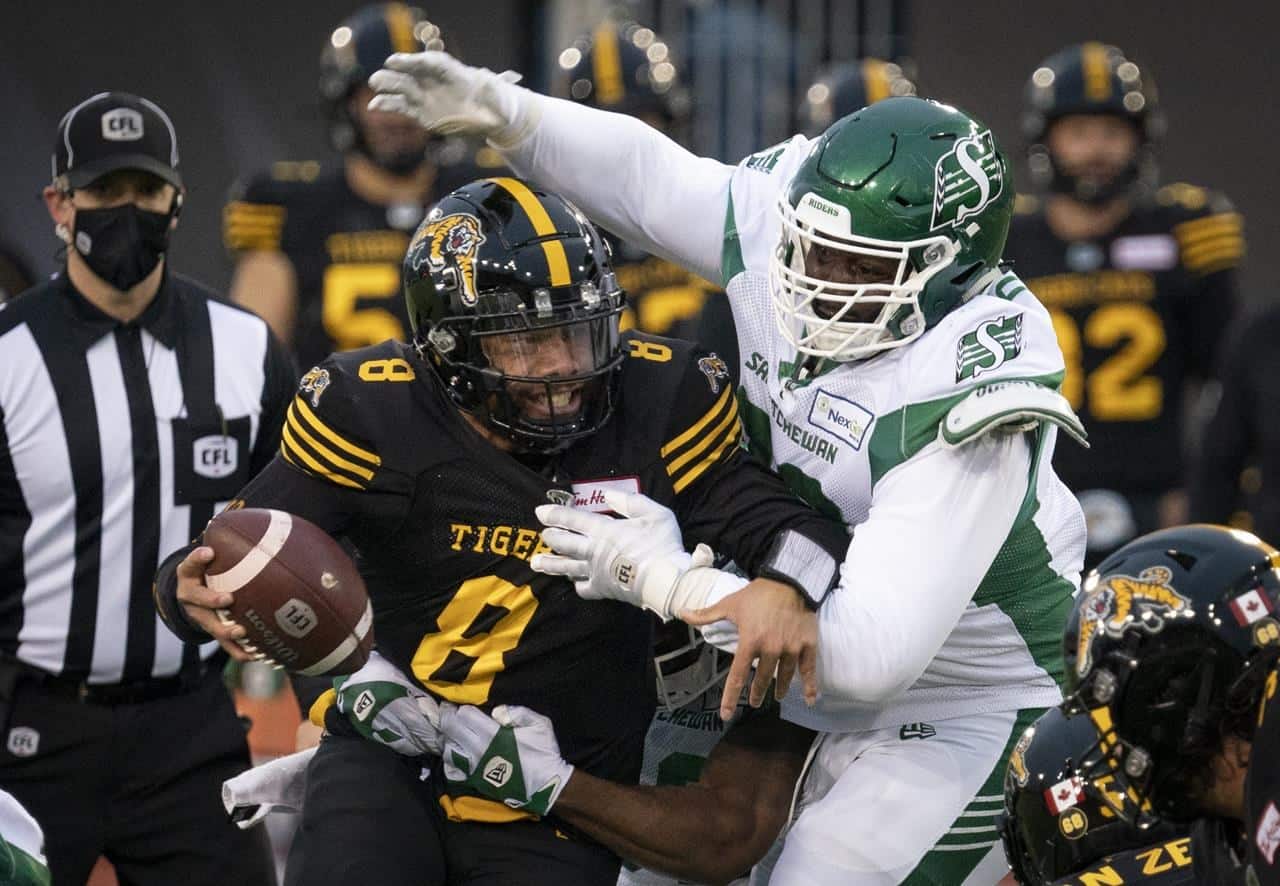 HAMILTON — Jeremiah Masoli and Dane Evans threw touchdown passes as the Hamilton Tiger-Cats defeated the Saskatchewan Roughriders 24-3 in the regular-season finale for both teams Saturday (Nov. 20).

Both squads had already cemented the second spot in their respective divisions before kickoff.

Saskatchewan clinched its position with last week’s 29-24 win over Edmonton, while Hamilton captured the East’s No. 2 spot with the Ottawa Redblacks’ 19-18 comeback win Friday night over the Montreal Alouettes.

Hamilton (8-6) will host Montreal (7-7) in the East semifinal next Sunday while the Calgary Stampeders (7-6) will visit Saskatchewan (9-5).

Isaac Harker made his first start of the season — and second of his CFL career — as Saskatchewan didn’t play many veterans.

Hamilton fielded its starters and predictably took control of the game.

Masoli was solid completing 17-of-21 passes for 223 yards and a TD before Evans opened the third quarter in front of a season-high Tim Hortons Field gathering of 22,344.

Evans wasted no time staking Hamilton to a 21-0 lead. He capped a nine-play, 63-yard drive with a six-yard TD strike to Brandon Banks at 4:34.

Harker gave way to Mason Fine in the third before returning in the fourth.

Harker finished 16-of-23 passing for 150 yards and two interceptions while Fine was 5-of-9 attempts for 64 yards.

Evans was 10-of-16 passing for 126 yards with two interceptions. He also ran for 33 yards on four carries and had a 25-yard punt

Masoli was seven-of-eight passing for 81 yards on the march.

Domagala opened the scoring with a 37-yard field goal at 13:57 of the first quarter.