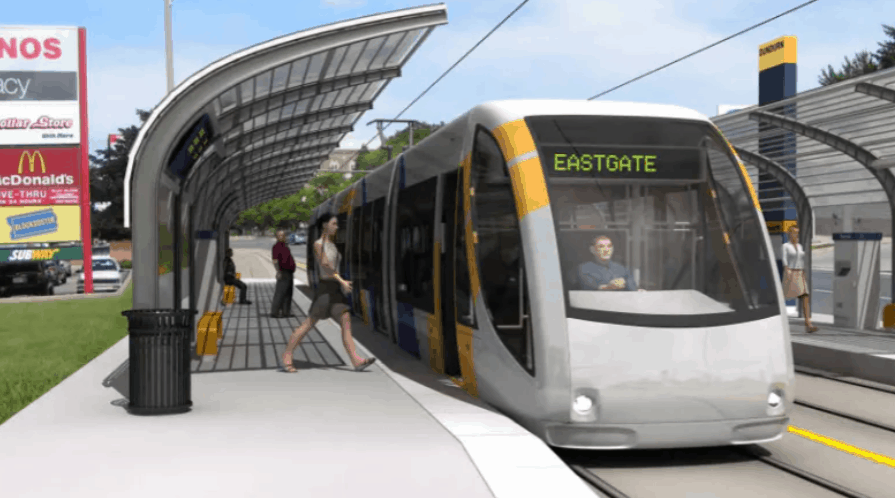 Hamilton’s LRT has left the station after City council voted to sign the memorandum of understanding (MOU) between the City, Metrolinx and the Ontario Ministry of Transportation at Wednesday’s (Sept. 15) council meeting.

The long-debated LRT is essentially back on track with the agreement signed, which commits Hamilton to the construction of the $3.4-billion project that is expected to bring thousands of jobs to the city.

In a vote of 13 to 0, council voted to approve the GIC report from Sept. 8 recommending the approval of the MOU.

For those keeping track, this is the second memorandum related to this project that Hamilton city councillors have signed.

A previous iteration of council signed one in 2016 but that agreement was not binding. This one, however, is, a staff report presented to Hamilton’s GIC earlier this month said.

Hamilton’s LRT has been 14 years in the making and almost came to a complete standstill when in December of 2019, the province abruptly cancelled the project citing cost overruns as the reason.

A task force was convened to determine how best to spend the $1 billion promised to Hamilton from the province to carry out the project. The task force came back with a recommendation for an LRT system.

The project remained stalled until the federal government announced in May 2021 that it would match the $1.7 billion provincial commitment to the project for a total of $3.4 billion.

At Wednesday’s council meeting, Ward 9 councillor, Brad Clark, who has been a longtime opponent to the project who only recently came around to supporting it, said the investment is “unprecedented in Hamilton’s history.”

Mayor Fred Eisenberger, who many believe was voted into his current term of office based on his support of and advocacy for the LRT, thanked local organizations, City and MTO staff, Metrolinx, and even Premier Doug Ford for getting the project off the ground again.

“I think this is a transformational project for our city,” he said. “That is going to hold our city in good stead into the future.”

While early works on the project have already gotten underway in parts of the city where the 14-kilometre line will operate, shovels are expected to hit the ground in earnest in 2022.

The City will still have to work out the details of the system’s operating costs, projected to be between $6.4 and $16.5-million per year.

The memorandum states that all of the revenue generated through fares will go to Hamilton, meaning the City will be able to set its own prices.

The LRT line will go from McMaster University, through downtown Hamilton, to Eastgate Square with 17 stops along the route.

— with a file from Anthony Urciuoli