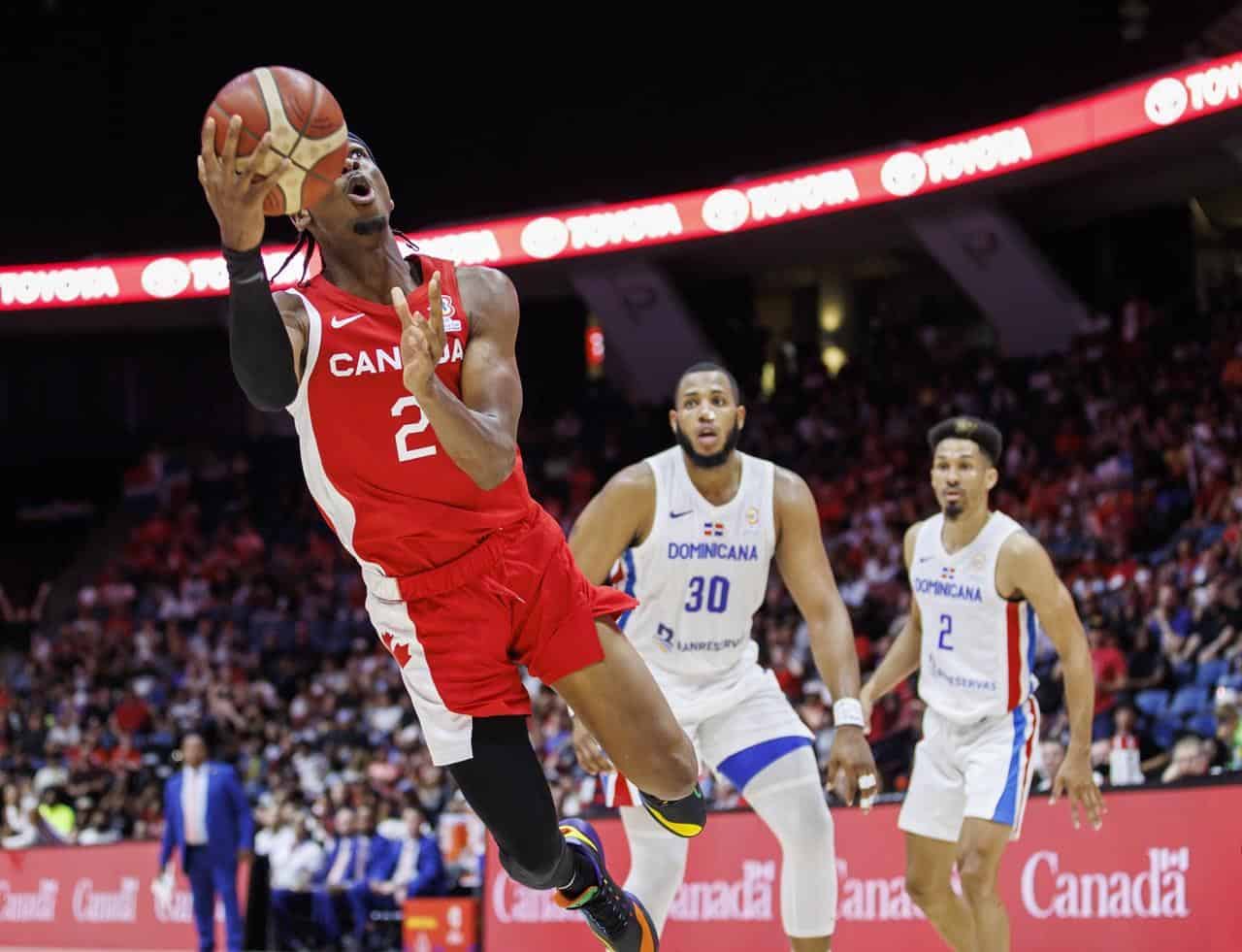 Shai Gilgeous-Alexander drilled a silky smooth three-pointer late in the third quarter Friday, and then flashed three fingers to the delighted crowd.

In his first national team appearance in six years, and first game in his hometown since high school, the Oklahoma City Thunder guard scored 15 of his 32 points in a dominant third quarter, leading Canada to a 95-75 victory over the Dominican Republic in World Cup qualifying.

Canada improved to 5-0. The Dominican Republic dropped to 3-2 with both losses to Canada.

Kelly Olynyk scored 17 points and hauled in 11 rebounds for Canada. Nickeil Alexander-Walker, who is Gilgeous-Alexander’s cousin, also had 17 points in front of about 6,000 fans at FirstOntario Centre.

Gilgeous-Alexander, who hadn’t played since mid-March due to a lingering ankle injury, also had five rebounds, four assists, three steals and a pair of blocks.

Canada is on the road Monday to play the winless U.S. Virgin Islands to conclude the third qualifying window.

Canada has been plagued by NBA no-shows for major tournaments. After failing to qualify for last summer’s Tokyo Olympics, Nurse asked the program’s best players to sign a three-year commitment to play with Canada through the 2024 Paris Olympics.

In their first game in Ontario since 2018, the Canadians led throughout the opening quarter. A three-pointer by Alexander-Walker at the buzzer gave Canada a 21-16 lead to start the second.

The Dominican Republic led briefly in the second quarter. A 16-5 run capped Kyle Alexander’s layup at the buzzer, however, gave Canada a 46-36 lead at halftime.

The Canadians pulled away in the third to lead 76-48 heading into the final frame.

World Cup qualifying features 80 countries split into four regions. Eight teams from the Americas qualify for the 2023 World Cup in Indonesia, Japan and the Philippines.

The World Cup is the main qualifier for the 2024 Paris Olympics. The three remaining qualifying windows are in late August and November of this year, and February 2023.