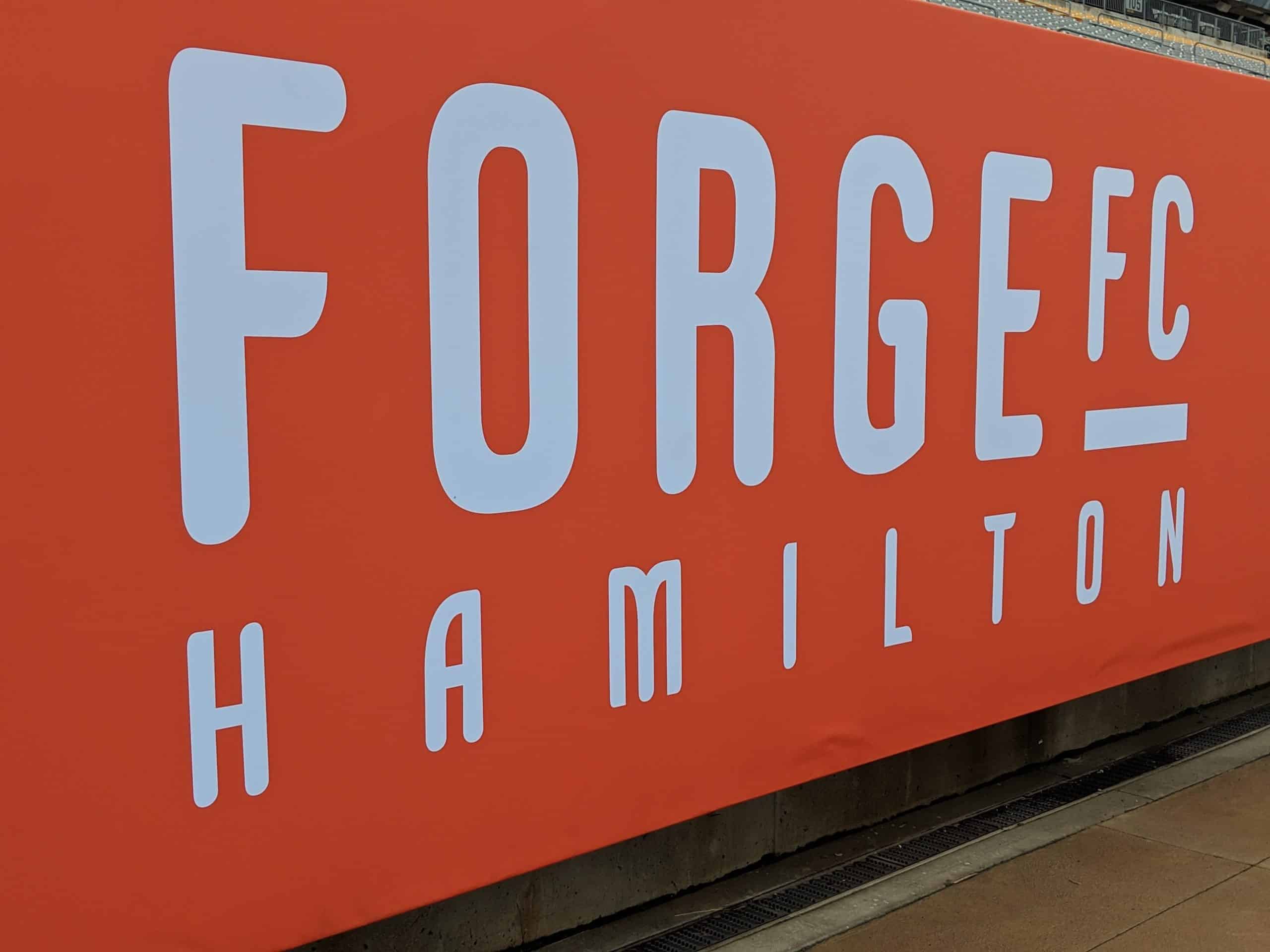 The Canadian Premier League (CPL) unveiled its playoff schedule Monday (Oct. 4) as clubs heads down the final stretch of the regular season. Meanwhile, Forge FC Hamilton received a bit of relief from the CPL before facing a downright ridiculous number of games over the next four weeks.

The top four clubs at the conclusion of the CPL regular season will qualify for the one-match semi-finals where the first-place club will host the fourth and two will be home to three on Nov. 21 and 22. The winners will advance to the one-match Final one week later on Nov. 27 or 28. 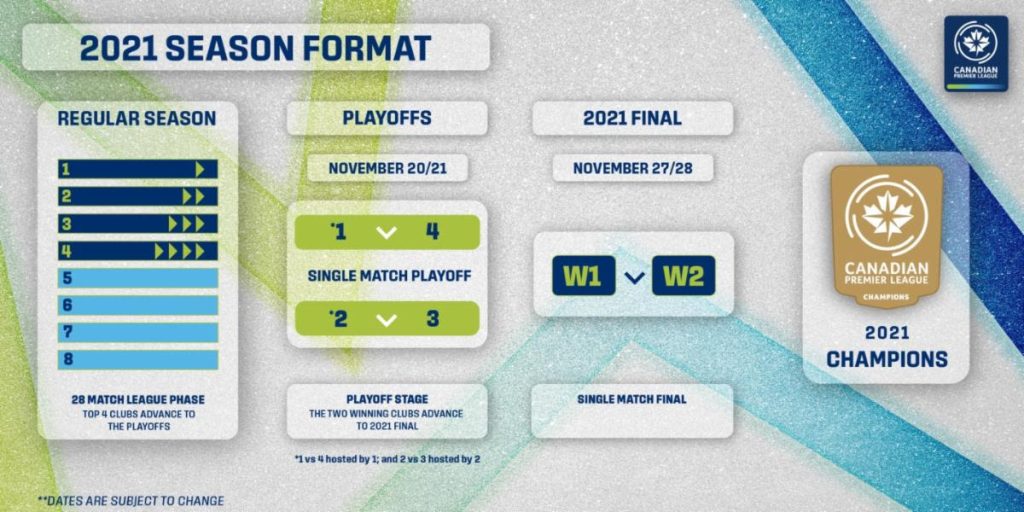 With eight games remaining on their CPL schedule, back-to-back champions Forge FC sit in third place — five points back of first-place Pacific FC and five points clear of the fifth-place HFX Wanderers. Forge has two matches in-hand on both Pacific and HFX.

“Our focus was to deliver a full season with great competitive play throughout for our players, coaches, fans and supporters and with playoff spots still up for grabs, to this point, we have done that,” said David Clanachan, Commissioner Canadian Premier League. “Not only will some of our clubs be playing in some of the biggest matches in North American football over the next two months but all of our CPL clubs continue to push for the playoffs as our 2021 Final draws nearer.”

Forge FC will be simultaneously competing in the CPL season, Canadian Championship tournament, and CONCACAF League over the next month and a half; so scheduling has become a challenge. The Hamilton-based club was scheduled to compete in an unprecedented run of 11 matches in a four-week span. Even more unprecedented, Forge was scheduled to play on back-to-back nights twice in that time. Thankfully, the CPL announced some changes to the club’s schedule on Monday.

Forge’s home match with Cavalry FC has been moved from Oct. 26 to Nov. 16 as Hamilton is set to host Major League Soccer’s CF Montreal on Oct. 27 in a Canadian Championship semi-final.

Santos de Guápiles F.C. will make the trip to Tim Hortons Field on Nov. 2 for the second leg of their CONCACAF League quarter-final. The CPL responded by moving Forge FC’s road match against York United from Nov. 3 to Nov. 9. 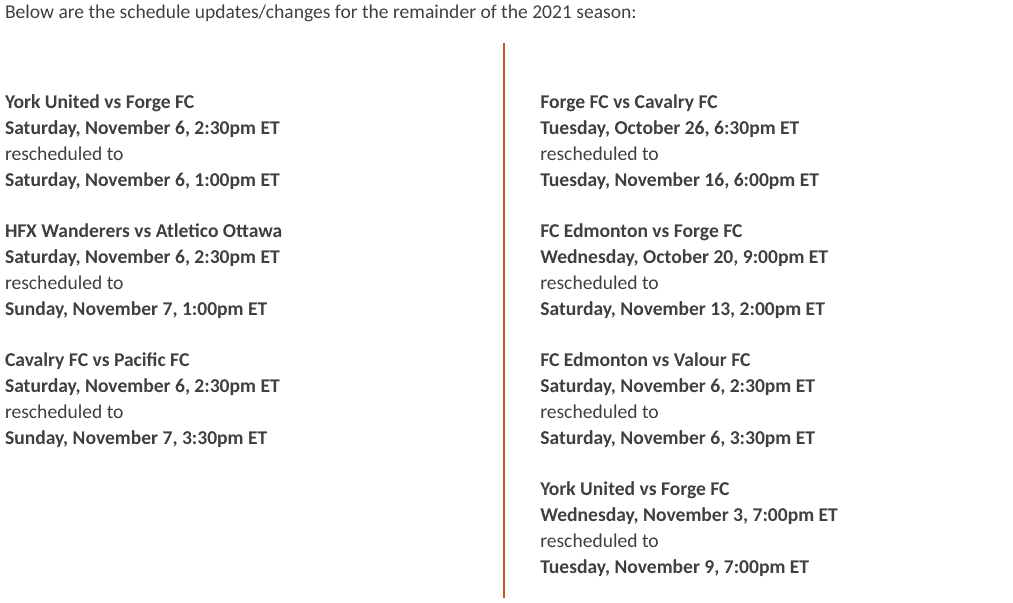