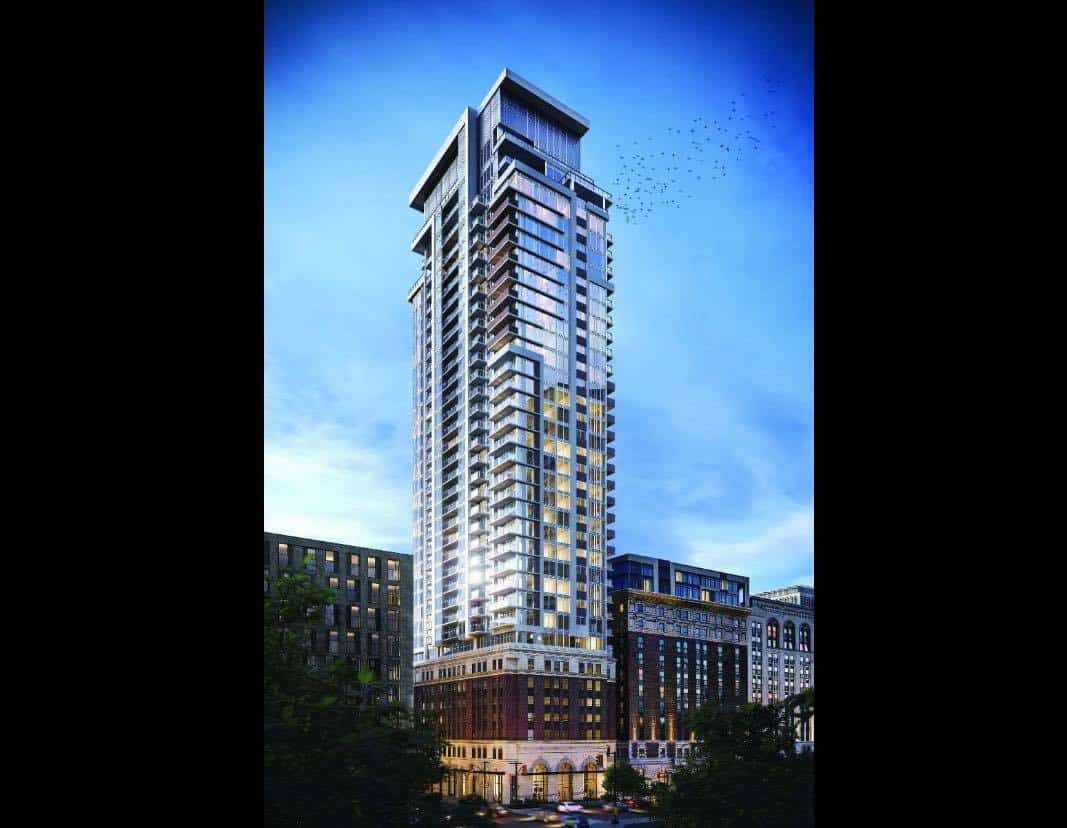 A new condo project in downtown Hamilton is going to change the city’s skyline and add a modern twist to an iconic and historic building.

The newest addition to Royal Connaught Square will be a 36-storey condo tower. This marks the third phase of the redevelopment of the former site of Hamilton’s storied Royal Connaught hotel located on King Street East in the heart of downtown.

“Renovating and revitalizing the historic Royal Connaught was always about ushering in a new era for downtown Hamilton,” said Rudi Spallacci, President of Spallacci Group, one of the developers involved in the project, in a press release issued this week.

“We know that this has been a tough year for the city, but the changes that have occurred in our downtown over the last five years have been dramatic and are here to stay.”

The Moderne, as the new development is called, is the first of three new residential buildings planned for the site, and its design is expected to pay homage to the Royal Connaught original art deco design.

Some of the luxury amenities planned for the site include a fireside lounge, co-working spaces, meeting room, games room, billiards, movie theatre, wine and scotch tasting bar, and rooftop patio with a dining terrace, grills and fire pits.

The Royal Connaught was unveiled in 1916 and was considered the epitome of luxury. When visiting Hamilton, it’s where high-profile celebrities, politicians and personalities stayed.

Towards the end of the 20th century, however, the building fell into disrepair and eventually closed in the early 2000s.

Spallaci Group, in partnership with Valery Homes, purchased the property in 2014 and has since restored much of the original lobby and developed the buildings at 118 and 112 King St. East, into condos.

The Moderne is the ambitious continuation of what is now known as Royal Connaught Square.

“The Moderne’s place in Downtown Hamilton provides prime urban living and walkability to the city’s most dynamic neighbourhoods, right to the revitalized Gore Park and pedestrian boulevard fronting the site,” said Ted Valeri, President of Valery Homes in the press release.

“Hamilton has resurged as a major hub in the Golden Horseshoe and with the burgeoning Niagara-Hamilton Trade Corridor, we are at the epicentre of exponential growth.”

To learn more about the development or to register for a unit, visit The Moderne’s website.