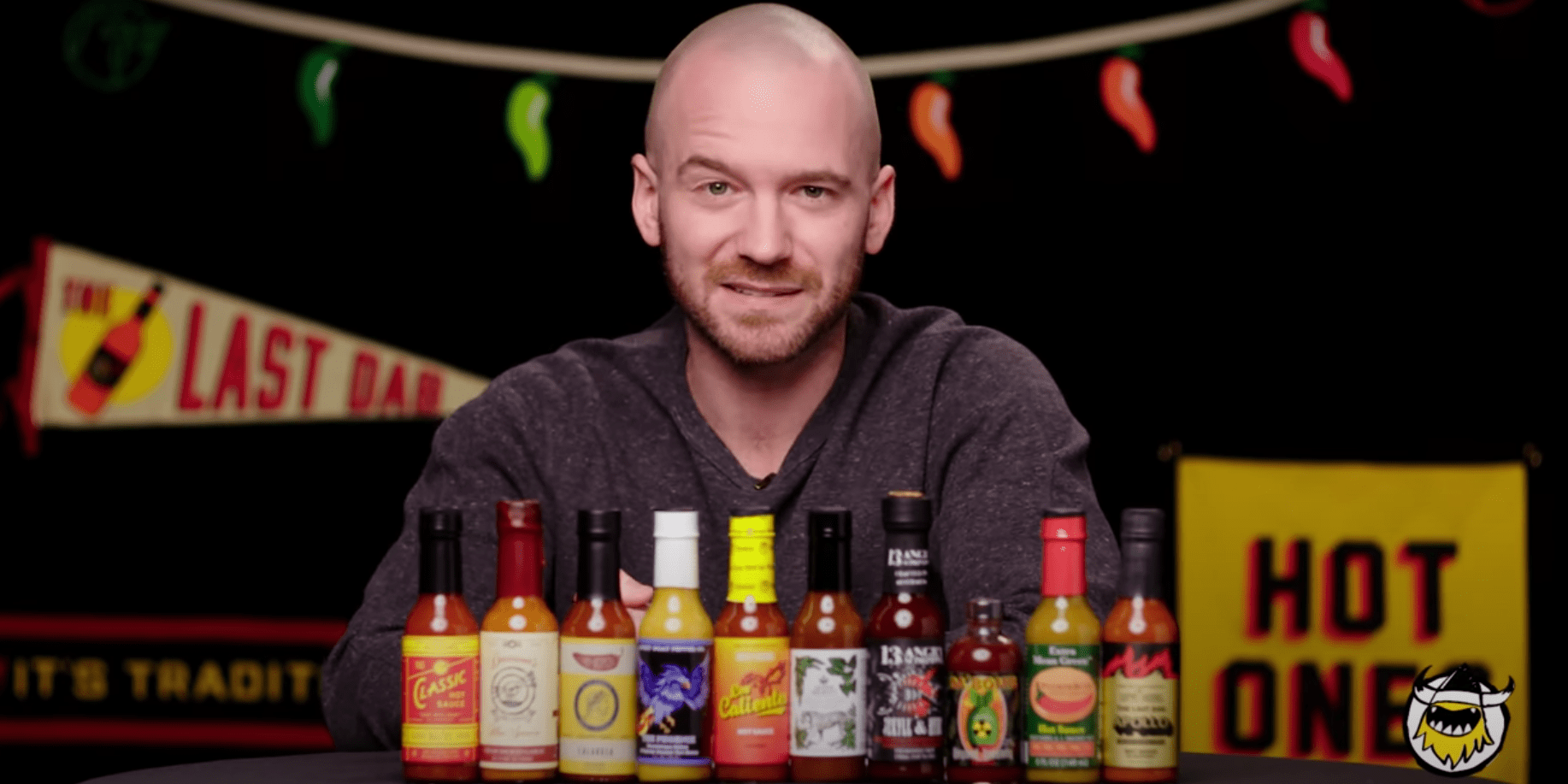 Hamilton's own Dawson's Hot Sauce will return for the new season of Hot Ones with host, Sean Evans.

The popular YouTube series, Hot Ones is returning on Jan. 20 for its 17th season and the popular Hamilton hot sauce brand will be making another appearance.

Dawson’s Hot Sauce has been featured on the show before with host Sean Evans. According to an Instagram post, their newest creation, Cedar Smoked Garlic, will make it into the new season.

“We’re so happy to return for another season of Hot Ones!” wrote Dawson’s. “(Cedar Smoked Garlic) is our most complex sauce to date and we’re really excited to share it with everyone.”

The post goes on to describe the new flavour.

“Smoked garlic, fermented habanero, sumac, and a special white wine vinegar really let this sauce stand on its own,” the post reads.

Hot Ones is a star-studded web series that was started by Evans. He asks his celebrity guests questions while they attempt to eat chicken wings coated in hot sauce.

Hot Ones is part of the First We Feast network, which has over 11 million subscribers.

Dawson’s Hot Sauce is a family-owned and operated company based out of Hamilton. Its products can be purchased online or at various locations across the continent. Dawson’s Hot Sauce can even be found in shops in Brooklyn and Manhattan.