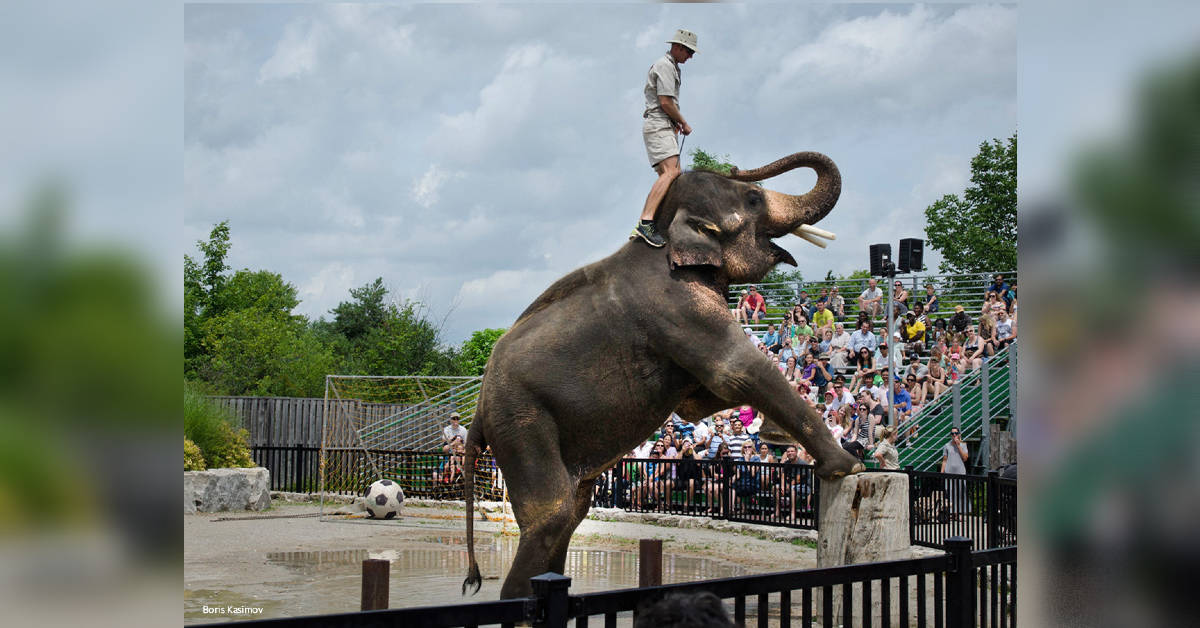 African Lion Safari has been named the worst zoo in North America when it comes to elephant abuse.

According to the US-based, In Defense Of Animals, “African Lion Safari is a hub for elephant breeding and trafficking supplying U.S. zoos. It forces elephants to perform unnatural and demeaning circus acts and give rides to tourists.”

African Lion Safari is the only Canadian zoo ranked on the list.

In Defense of Animals called the Hamilton zoo, “the epitome of an elephant exploitation business.” The organization claims the 16 Asian elephants owned by African Lion Safari have been forced to produce 21 calves.

“This safari theme park intends to sell two mother elephants to Fort Worth Zoo thereby separating them from their two young calves,” says In Defence of Animals.

“The ‘safari’ is an international hub selling adult elephants to other zoos, which receives and sends back elephants from distant zoos for years at a time at the expense of their families for breeding, forces elephants to perform demeaning tricks and carry people around on their backs, is set in a totally unsuitable cold climate, and dominates elephants with the threat of bullhooks.”

The organization then goes on to say in the summer of 2020, Ft. Worth Zoo (the #2 Worst Zoo), offered to buy two females from African Lion Safari for $1-million each, plus a $200,000 bonus if one gives birth.

“Emily, age 15, would be separated from Gigi, her six-year-old calf; while Nellie, age eight, would be taken from her mother, Natasha. In the wild, females stay with their families their entire lives,” added In Defense of Animals.

Bill S-218 would ban zoos and other establishments from acquiring new great apes or elephants unless they’re doing so for welfare or conservation purposes. It would ban the use of the two species for entertainment, including elephant rides.