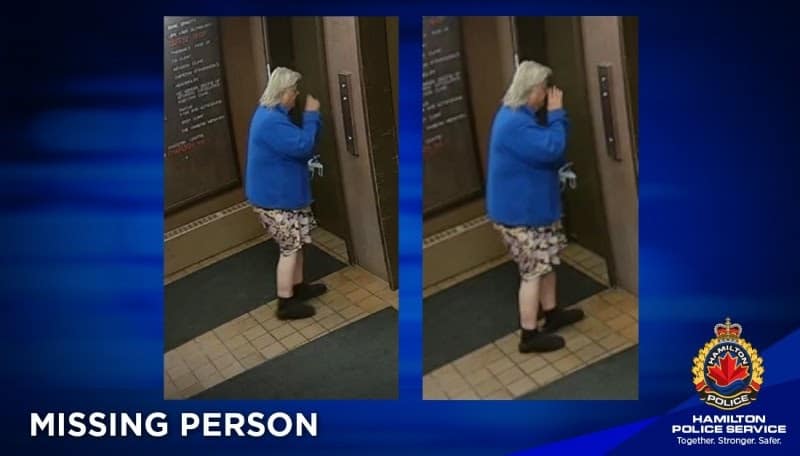 There is concern for the well-being of a Hamilton woman, who lives with schizophrenia and went missing on Tuesday (June 14).

The Hamilton Police Service are asking for assistance in locating 64-year-old Noreen Webster. Webster was last seen around 4 p.m. in the area of Charlton Avenue East and James Street South. Webster frequents the area of Main Street East and Wellington Street South, and police are asking area residents to check their properties, sheds and any out buildings they may have.

“Noreen often gets disoriented and police are concerned she can’t get home. This is out of character for her,” HPS said in a media release.

Webster is described as five-foot-one and 200 pounds with a heavy build and shoulder-length grey hair. She might be wearing a floral knee-length skirt, royal blue jacket, a peach/pink shirt, and black slippers with black socks. She uses medication for her condition, but police say she does not have it with her.

Anyone who locates Noreen Webster should call 9-1-1. Anyone who has information that might assist investigators should call HPS at 905-546-4725.