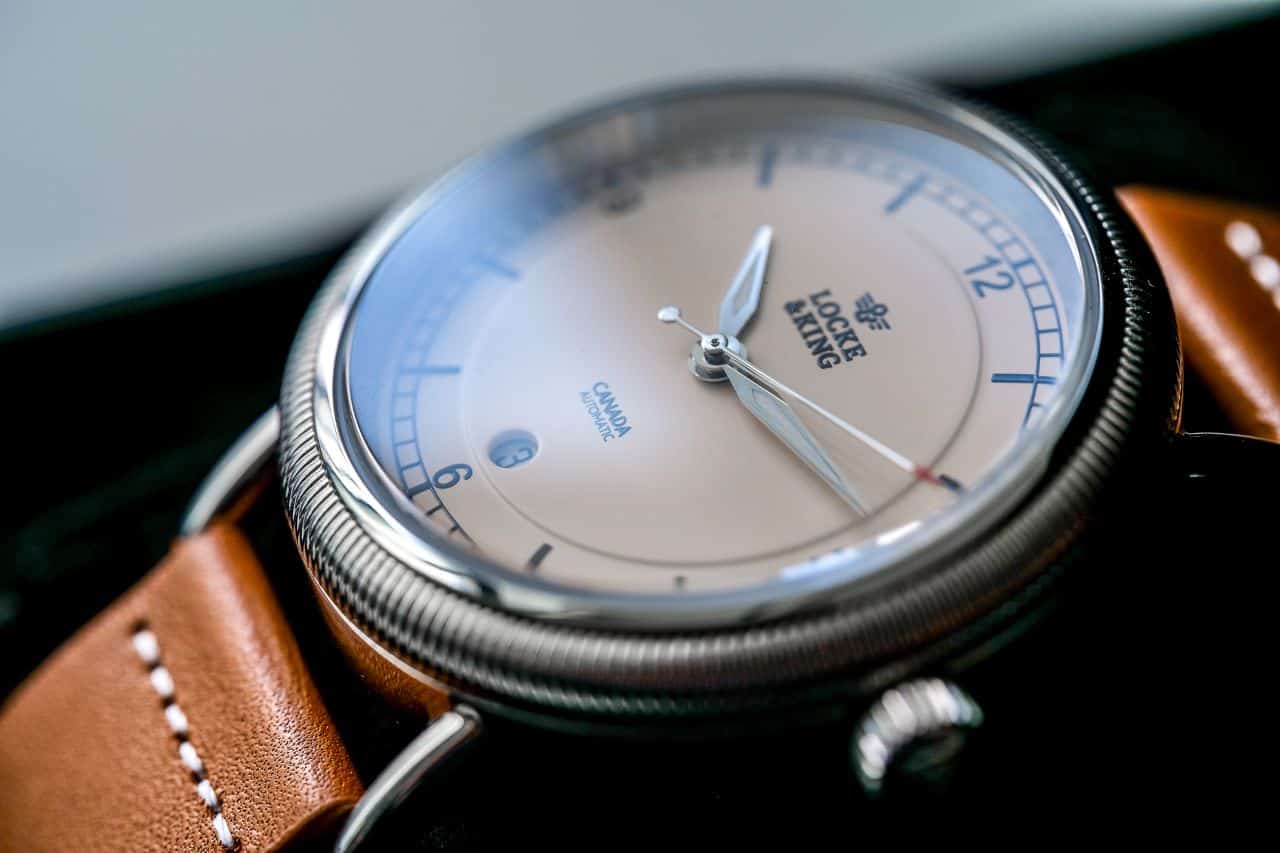 Pictured above is Locke & King's 'The James.' The Hamilton company is celebrating its first year in business by giving back. (Photo: Locke & King)

The founder of Hamilton watch company has made it his business to make time, and now he’s marking its passage as he celebrates the first anniversary of the launch of his business in a very special way.

Hamilton entrepreneur Ryan Moran started designing and producing watches after losing his job in the travel and tourism marketing sector due to the pandemic.

What started out as a hobby, turned into a legit passion for creating beautiful, classically designed mechanical timepieces.

It was in making his own time, literally, that Moran found inspiration for the Locke & King brand.

In May 2021, Moran officially launched his watchmaking business with the release of his first watch model, aptly named ‘The James’ after one of Hamilton’s most popular avenues.

The James proved popular among watch collectors and casual buyers alike, landing on the wrists of some prominent Hamiltonians and shipping to countries across the globe.

In fact, the uptake was so successful that Moran earned back his initial investment and was able to fund the development of his brand’s newest model, The Ossington.

“It’s been very cool to see the interest from the watch community,” Moran told IntheHammer in a recent interview, noting that watch aficionados can be a very exclusive group.

“It’s validating to have that respect from the [watch connoisseur] community.”

Moran’s success this past year has also enabled him to support a cause that is very near and dear to his heart.

To celebrate Locke & King’s one-year anniversary, Moran donated the first portion of what will be his company’s annual donation to Right to Play Canada in support of their Indigenous Programs.

Right to Play is a non-profit organization that works to educate and empower children across the world and right here at home to rise above adversity using the power of play.

“We were founded on the notion of making your own time to live the life you want and to keep moving onward and upward,” he said. “That’s how you build the lives of youth.”

His belief in Right to Play’s mission has led Moran to commit to donating 10 per cent of every watch sold to the organization.

“It is important to me that Locke & King plays a positive role across a number of communities,” he said. “Being able to give back and contribute is as core a goal of the business as its own sustainability.”

With one successful year under his belt, Moran sees this next year as an opportunity to keep Locke & King on its onward and upward trajectory. The launch of The Ossington is Moran’s way of kicking the business into next gear.

“Naming our watches after the roads we walk around the world, but always with a roll-up-your-
sleeves Hamilton lens, we wanted to stay in Canada for our first few models,” Moran said.

“So after starting in our hometown, it would be hard for us to look past our neighbour to the east, Toronto.”

The Ossington neighbourhood, Moran says, shares many of the qualities that make Hamilton such a unique and fascinating place to be.

“Far from the lights of Yonge or the couture of Bloor, Ossington has historically been an undersung but effortlessly cool Toronto street,” he said.

“Not without its own rough patches and periods of reinvention, it now asserts itself as the city’s centre of style.”