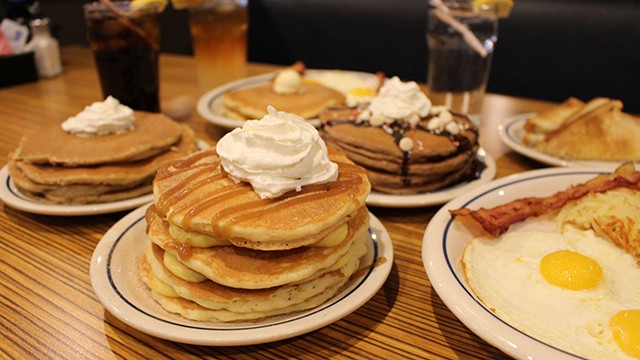 Hamilton will get an IHOP franchise in the coming years.

On Monday, Toronto-based K2 Group announced plans to open at least five IHOP restaurants across the province, including one in the Steel City. The agreement that K2 has reached with Dine Brands International calls for a minimum of five IHOP restaurant openings over the next five years.

The first location will be at a truck stop in Belleville and it is expected to open in 2022. Hamilton, London, Waterloo and Windsor have been earmarked for the expansion. A release from K2 said the Belleville location will be “one of a kind,” but did not indicate if the planned Hamilton location would be built to the same scale.

“With more than 25 years in the hospitality business, we’re confident that we will thrive as we work to meet our guests where they are by providing an all-round exceptional experience and, of course, the world’s most famous pancakes,” said Kailash Kasal, president and CEO of K2 Group.

The IHOP (also known as International House of Pancakes) chain has 1,841 locations worldwide. More than 90 per cent of them are franchised and the rest are operated and owned by franchisees. It offers dinner and lunch items in addition to its signature breakfast foods, and many locations are open 24 hours per day.