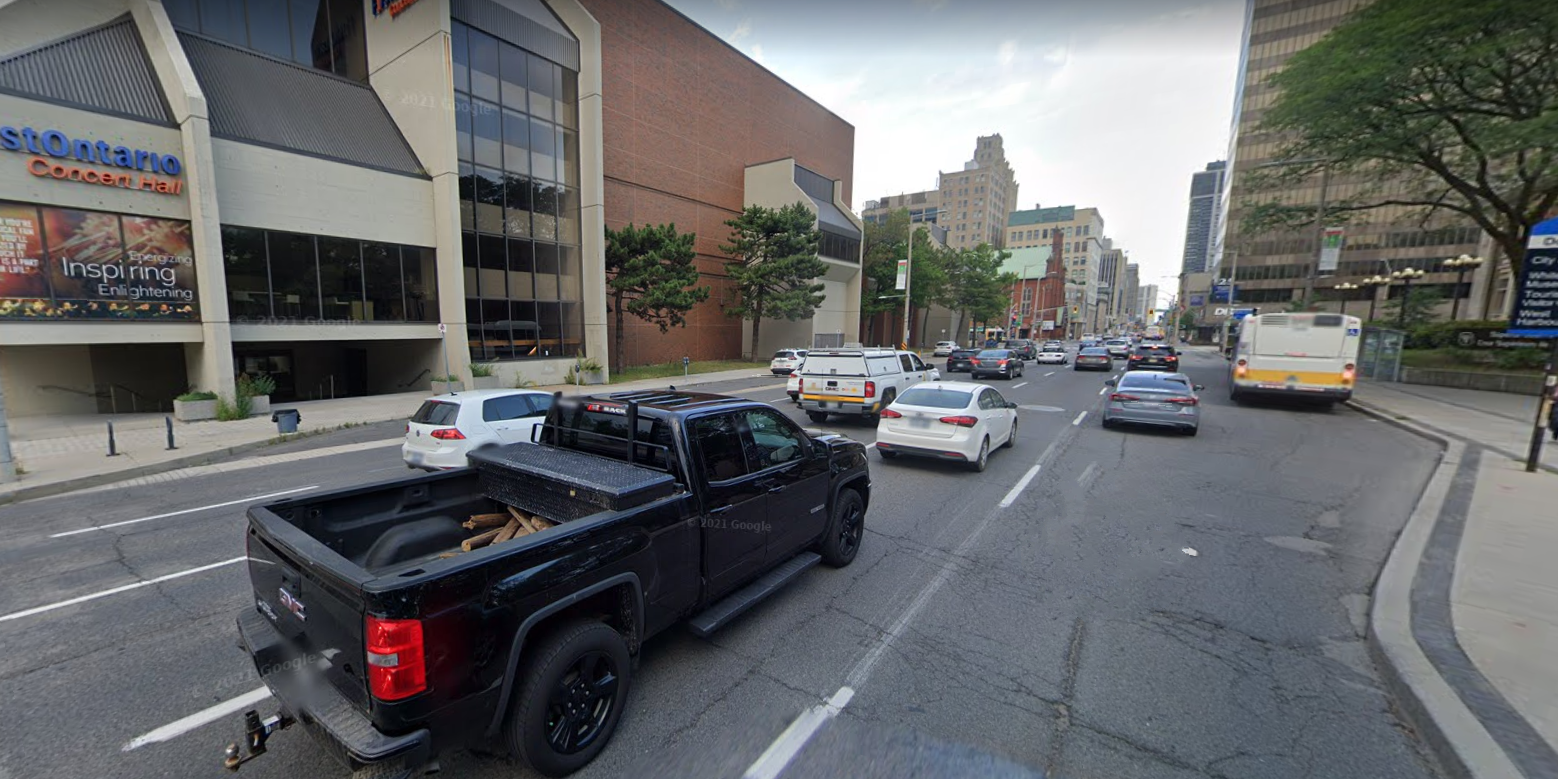 Work is set to begin on converting Main Street in Hamilton from a one-way to a two-way street as an "immediate safety intervention" after the motion passed.

Work is set to begin on converting Main Street in Hamilton from a one-way to a two-way street as an “immediate safety intervention.” Ward 1’s Maureen Wilson’s motion passed at Wednesday’s (May 11) city council meeting, paving the way for a complete revamp of one of the city’s busiest streets.

The decision comes one day after Hamilton’s 12th traffic fatality of 2022 and 11th involving a pedestrian. There were four pedestrian deaths in 2020, and if you were to remove the pandemic variable, there were three pedestrians killed in 2018 in Hamilton.

The annual collision reports reveal an over-representation of serious injuries and fatal collisions along Main and King streets in Hamilton. The motion also called for a safety assessment of King; however, the street will already be restructured due to the implementation of light rail transit (LRT) along the corridor. According to the motion, the conversion of the four-lane Main “will enable safer use for all people who need to use the streets, including public transit riders, pedestrians, motorists, and cyclists.”

Council's commitment to safety & two-way Main Street today is a transformative decision for #HamOnt – nearly as significant to the future of our city as #yesLRT.

Very proud to serve with @ward1wilson & @NrinderWard3 and all Council that voted overwhelmingly in support🙌 pic.twitter.com/LJCYJmAb9O

Councillor Lloyd Ferguson voted against the motion, saying he was “troubled” by its potential impact on his constituents in Ancaster. Ferguson said he needs more information, particularly regarding the lack of highway ramps before he can vote yes.

Staff has been directed to consult with Metrolinx and the Ministry of Transportation on the implications of the plan on LRT and Highway 403 interchanges. They have been instructed to report back to city council in “early 2023” with an implementation plan for the two-way conversion of Main that includes an assessment of costs, construction timing, and resource requirements.

The project would be funded through the city’s road safety capital budget at a limit of $400,000.