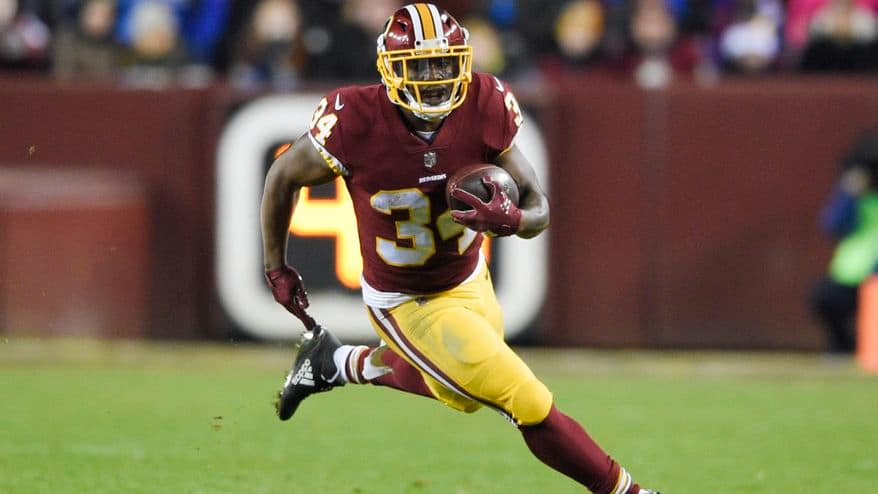 Marshall, 26, played 13 games in the National Football League with the Philadelphia Eagles (2016) and Washington Football Team (2017-18), registering 31 carries for 105 rushing yards, 13 receptions for 76 receiving yards and 12 kick returns for 239 yards. He also spent time with the Buffalo Bills and Baltimore Ravens in 2019.

The 5-9, 215-pound native of San Jose, California played four seasons at the University of Oregon (2012-15) at both running back and receiver, accumulating 307 carries for 1,877 rushing yards and 19 touchdowns, and 97 receptions for 1,293 yards with eight receiving touchdowns.

Here's the Byron Marshall TD. Gets matched up in man vs a Pats LB, should win, does win and then runs away from him. #Redskins pic.twitter.com/dj2FGNVjCw

Carney, 25, attended training camp with the NFL’s Denver Broncos in 2020 after spending time in 2019 on the practice squads of the Broncos, Seattle Seahawks and Detroit Lions. The 6-3, 231-pound native of Alexandria, Virginia played 36 games at the University of North Carolina over four seasons (2015-18), registering 176 total tackles, 32.5 tackles for loss, 17 quarterback sacks, four pass knockdowns, five forced fumbles and three fumble recoveries – one of which he returned for a touchdown.

Prior to his time with the Mustangs, the 6-0, 216-pound native of Chicago, Illinois played 20 games over two years at the University of Illinois (2016-17), posting 140 total tackles, five tackles for loss, 0.5 quarterback sacks, two passes defended, two forced fumbles and two fumble recoveries. Nelson was redshirted by the Fighting Illini in 2015.

Cover photo: Washington Redskins running back Byron Marshall (34) carries the ball during the second half of an NFL football game against the New York Giants in Landover, Md., Thursday, Nov. 23, 2017. (AP Photo/Nick Wass)