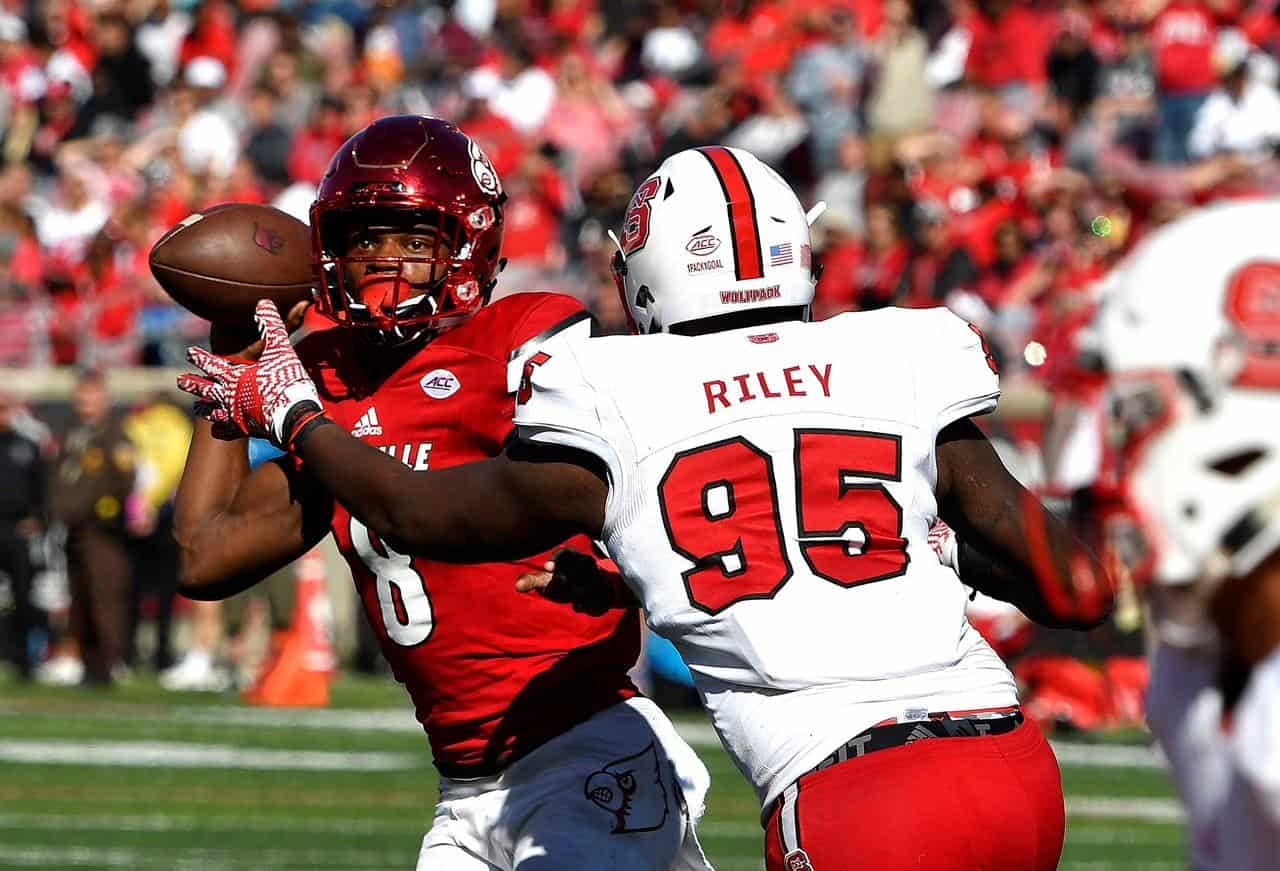 HAMILTON — In the space of a week, American rookie offensive lineman Tyrone Riley has gone from the Hamilton Tiger-Cat’s practice roster to the starting lineup.

“There’s a reason we kept him around,” said Orlondo Steinauer, Hamilton’s head coach/president of football operations. “We think he can play but like I always say, there’s a test at the end of every week.

“Every week in this league, teams have pass rushers and so you’ve got to prove yourself.”

“We kind of changed the name from the practice roster to the waiting room because we believe everybody eventually will be seen,” said Steinauer. “It’s just a change of mindset, we don’t want anybody thinking they’re just a practice player.

“We all practise. Unfortunately there’s only so many that you can suit (up) and we just think while the wait may be long sometimes, you’ll eventually be seen.”

Hamilton will need to see improved play from its offensive line Saturday. The Ticats allowed eight sacks and were held to 26 yards rushing versus Saskatchewan.

“Obviously we weren’t good enough up front. Period,” Steinauer said. “The details are for inside the walls but the bottom line is we didn’t protect the quarterback well enough to win, consistently anyway.

“We’ve made a couple of adjustments, some because of injury, though . . . but, yeah, we need to be better there. We’ve addressed the elephant in the room but we’ve also moved on.”

Riley played collegiately at North Carolina State University, starting out there as a defensive end before switching to offence. With Hamilton, he’s had to adjust to a different game, one that has defensive linemen lining up a yard off the ball.

“I do think that makes a difference,” Steinauer said. “But at the end of the day it’s football.

“Can you stay in front of somebody, do you understand the protection calls and how consistently can you execute it? Each individual adjusts differently. I know there’s an adjustment but I think that varies from player to player.”

Hamilton quarterback Dane Evans was sacked seven times against Saskatchewan. He finished 18-of-28 passing for 222 yards with a TD and two interceptions while backup Matt Shiltz completed six-of-seven passes for 48 yards.

“We need to string together more first downs and that’s a collective, that’s not just a Dane thing,” Steinauer said. “When it’s just specific to Dane, we’d like to see him, just protect the ball.

“You can’t predict if a protection is going to get broken or somebody is better than our player on a certain play? But when that does happen, that doesn’t mean we can’t give them the football and Dane will be the first one to tell you that. That’s the area we can control right away.”

“It’s more precautionary,” Steinauer said. “If you know Dylan you know if this was a different type of football game, not that this isn’t important, things might be different.”

American running back Don Jackson also won’t play for Hamilton. The former Stampeder ran for just one yard on five carries versus Saskatchewan.

Steianuer said the Ticats won’t necessarily be looking to establish the run against Calgary.

“I’ve hired co-ordinators who’re multiple,” Steinauer said. “We need to do what it takes every week to win so if a team is going to take away the run, then we need to throw the ball 60 times and win.

“If they’re going to play loose and rush three, then we need to run the ball 25 times and win. That’s what I mean by being multiple. You’ve got to be flexible. Any time you can run the ball, absolutely, but if a team wants to take it away, it can do that.”

Veteran quarterback Bo Levi Mitchell will start for Calgary after suffering an ankle injury in last week’s 30-27 home win over Montreal. Mitchell completed 21-of-34 passes for 199 yards with a touchdown and interception, but it was backup Jake Maier who guided the Stampeders on the drive that set up Rene Paredes’ game-winning 38-yard field goal.

“It’s always good to be able to play against a quarterback like Bo,” said Hamilton defensive tackle Micah Johnson, another former Stampeder. “You know he’s the ultimate competitor, somebody who wants to make a play downfield so you know you have a chance on him.

“You just have to continue to rush.”

Calgary hasn’t won in Hamilton since 2018 but is 16-2 in its last 18 meetings with the Ticats, including the ’14 Grey Cup in Vancouver. Hamilton will chase a fourth straight home-opening victory.

This report by The Canadian Press was first published June 17, 2022.