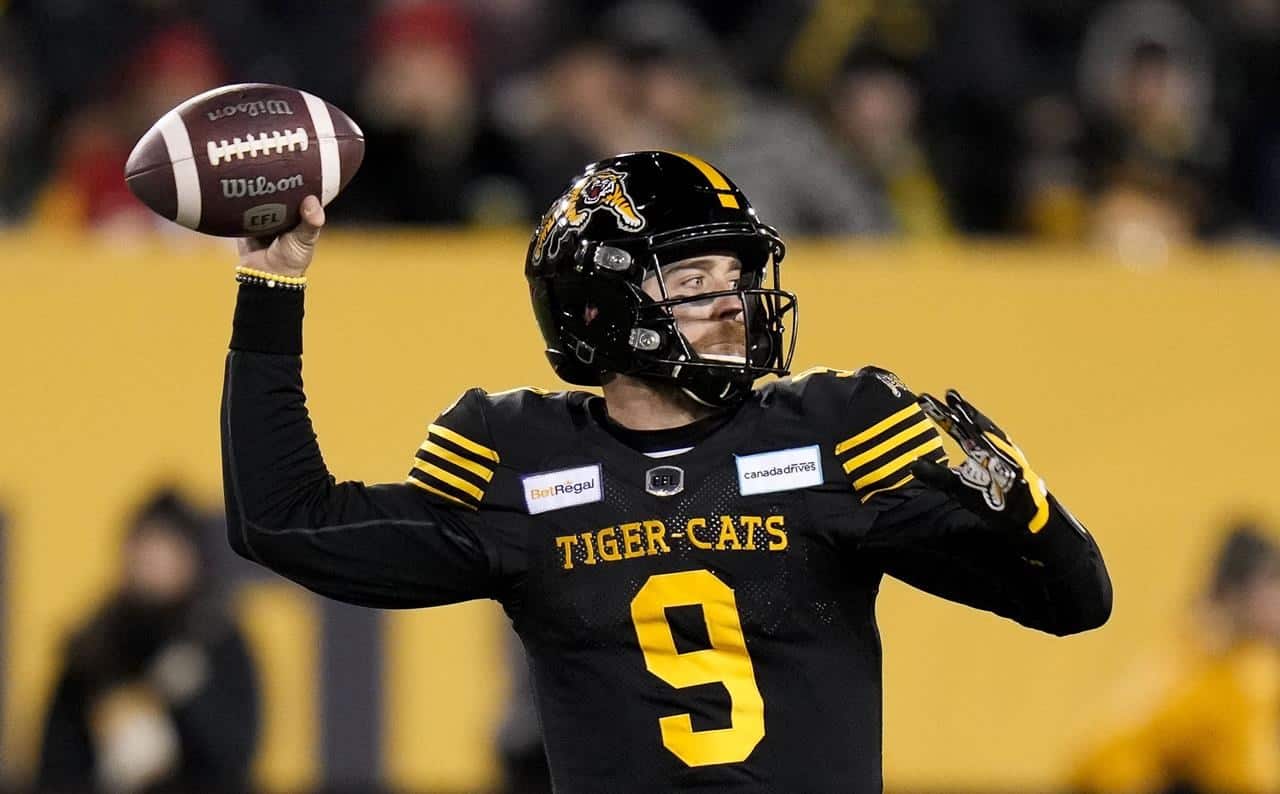 HAMILTON — Dane Evans won’t be waiting for the start of CFL free agency after all.

The Hamilton Tiger-Cats re-signed the American quarterback through the 2023 season Wednesday. While Evans’ return to Hamilton isn’t surprising — he has always expressed his happiness playing with the franchise — the timing is as Evans said following the season he expected to test CFL free agency before deciding where he’d play in 2022.

Evans was slated to become a CFL free agent Feb. 8.

“We’re excited that Dane and his family have chosen to stay in Hamilton for the next two seasons,” Orlondo Steinauer, Hamilton’s head coach and president of football operations, said in a statement. “Dane is not just an outstanding quarterback, but an outstanding human being.

“His work ethic and authentic leadership skills make him someone that teammates naturally appreciate.”

The native of Sanger, Tex., led Hamilton to a second straight Grey Cup appearance last season, completing four-of-nine passes for 21 yards before being forced to leave the game due to injury.

Hamilton’s re-signing of Evans likely means the club will move on from Masoli, 33, who’s also slated to become a CFL free agent next month.

This report by The Canadian Press was first published Jan. 12, 2022.