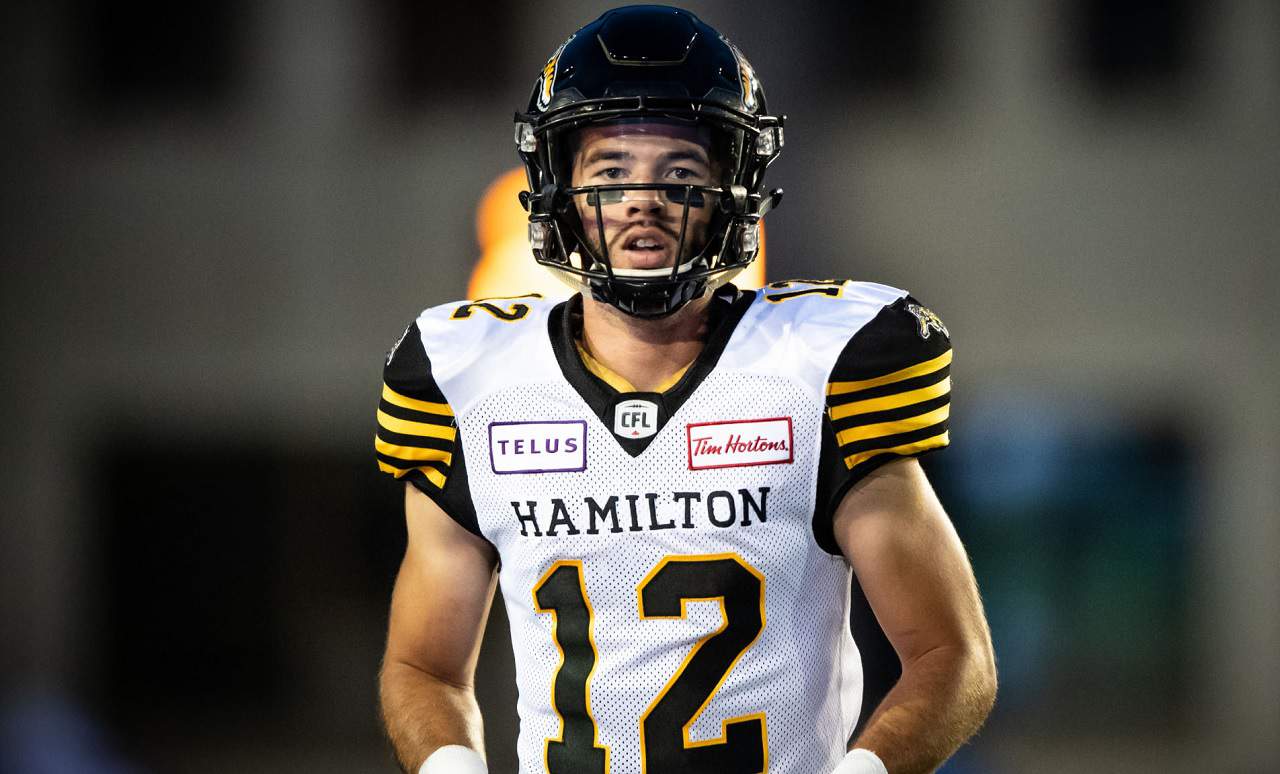 Mike Jones is back in black and gold, giving the Hamilton Tiger-Cats another Canadian pair of hands in the passing game.

The Tiger-Cats announced they have signed the 29-year-old wide receiver, who was released by the Edmonton Elks last Friday. The 6-foot, 180-pound Jones played 18 games over two seasons with the Elks, gaining 494 receiving yards with two touchdowns and a 13.4-yard average.

Prior to joining Edmonton, the Toronto-born Bryan, Texas-raised Jones played for the Tiger-Cats from 2016 through ’19. Jones played 58 games over his four seasons in Hamilton (2016-19), totalling 1,472 receiving yards and four TDs with a 14.6 average.

The Tiger-Cats listed two national receivers, veteran slotback Lemar Durant and hometown wide receiver Tyler Ternowski, as starters before their 24-17 win against the Montréal Alouettes last Thursday (July 28). Durant did not record a reception. Ternowski tallied 47 yards by catching all three of his targets, but did have a possible injury to the neck/shoulders area.

Jones, a sixth-year veteran, rejoins a team which is taking a two-win streak into the first of four rivalry games against the Toronto Argonauts within a 30-day span. The Tiger-Cats (2-5) visit the Argonauts (3-3) at BMO Field on Saturday (7 p.m., TSN/RDS/Ticats Audio Network) to start a home-and-home series.

The rivals reconvene at Tim Hortons Field next week (Aug. 12, 7:30 p.m.). After one week off from each other, they have another home-and-home that concludes with the traditional Labour Day Classic, meeting in Toronto on Aug. 26 and back in Hamilton on Sept. 5.

Monday, the Tiger-Cats also re-acquired national linebacker Jared Beeksma, who was their fifth-round choice in the CFL draft last winter. The 24-year-old rookie had been in the fold of the Saskatchewan Roughriders, but did not appear in a game there. The Cambridge, Ont., native has played in one game with Hamilton this season.