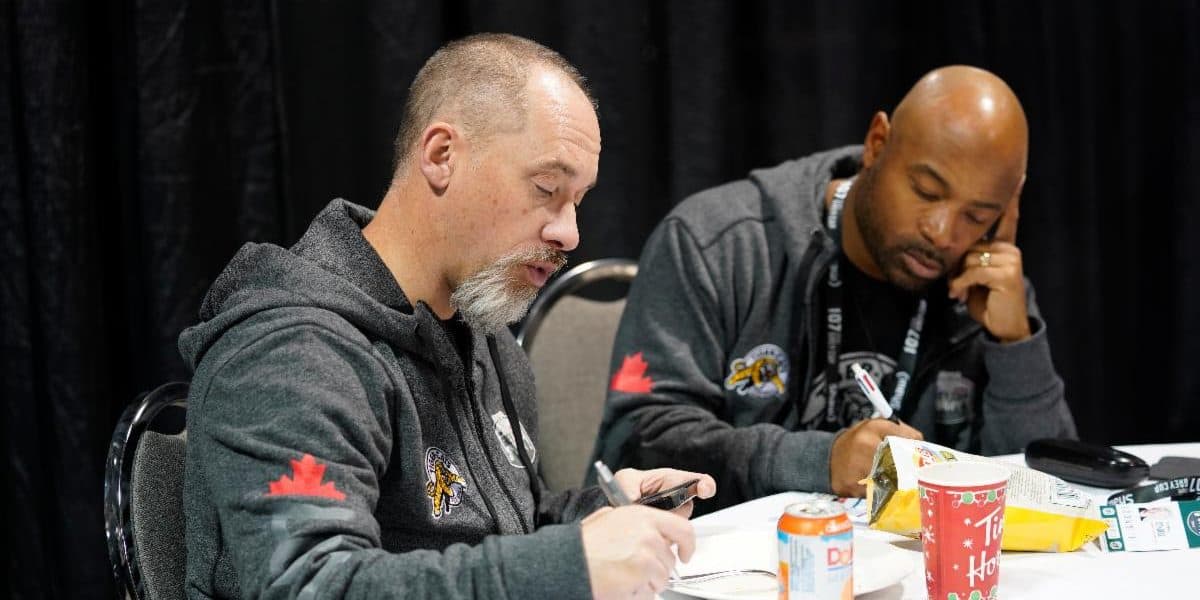 The Hamilton Tiger-Cats announced Tuesday (Apr. 12) that the club has promoted Tommy Condell and Mark Washington. The pair also signed contract extensions through the 2023 season.

“Our foundation begins with quality people,” said Orlondo Steinauer, football operations and president and head coach. “Tommy and Mark are exceptional people who not only deserve these extensions and promotions but without a doubt have earned them.”

“Being able to retain them will not only have a tremendous impact on the football field but throughout the organization,” he added. “They are tireless workers and experts in their fields, who add great value to our players and to me personally. I want to thank them and their families for committing to the Tiger-Cats organization, and the city of Hamilton. Let’s get to work!”

Condell is entering his sixth season with the Ticats over two separate stints (2013-15, 2019-present), where he has appeared in four Grey Cups (2013, 14, 19, 21). In 2021, Condell’s offence picked up wins with three different starting quarterbacks, Jeremiah Masoli (4), Dane Evans (2), and David Watford (2) after both Masoli and Evans missed significant time due to injury.

Condell’s offence produced the East Division’s nominee for Most Outstanding Lineman, Brandon Revenberg, who was nominated for the second time in his career and was named a CFL All-Star. Additionally, receivers Tim White, Jaelon Acklin and offensive lineman Chris Van Zeyl were all named CFL East Division All-Stars.

Washington is entering his third season as the defensive coordinator in Hamilton, after originally joining the team in 2019. His defence followed up a historic campaign in 2019 with another solid showing in 2021, posting the league’s best run defence which held opponents to a league-low in rushing yards (1,115), rushing yards per game (79.6), rushes over 10 yards (28) and rushes over 20 yards (2) as well as leading the league in interceptions (17) and interception return touchdowns (3).

Washington’s defence produced the 2021 East Division’s Most Outstanding Defensive Player, Simoni Lawrence, who was nominated for the second consecutive season, as well as three CFL All-Stars, including Lawrence and defensive backs Jumal Rolle and Cariel Brooks.