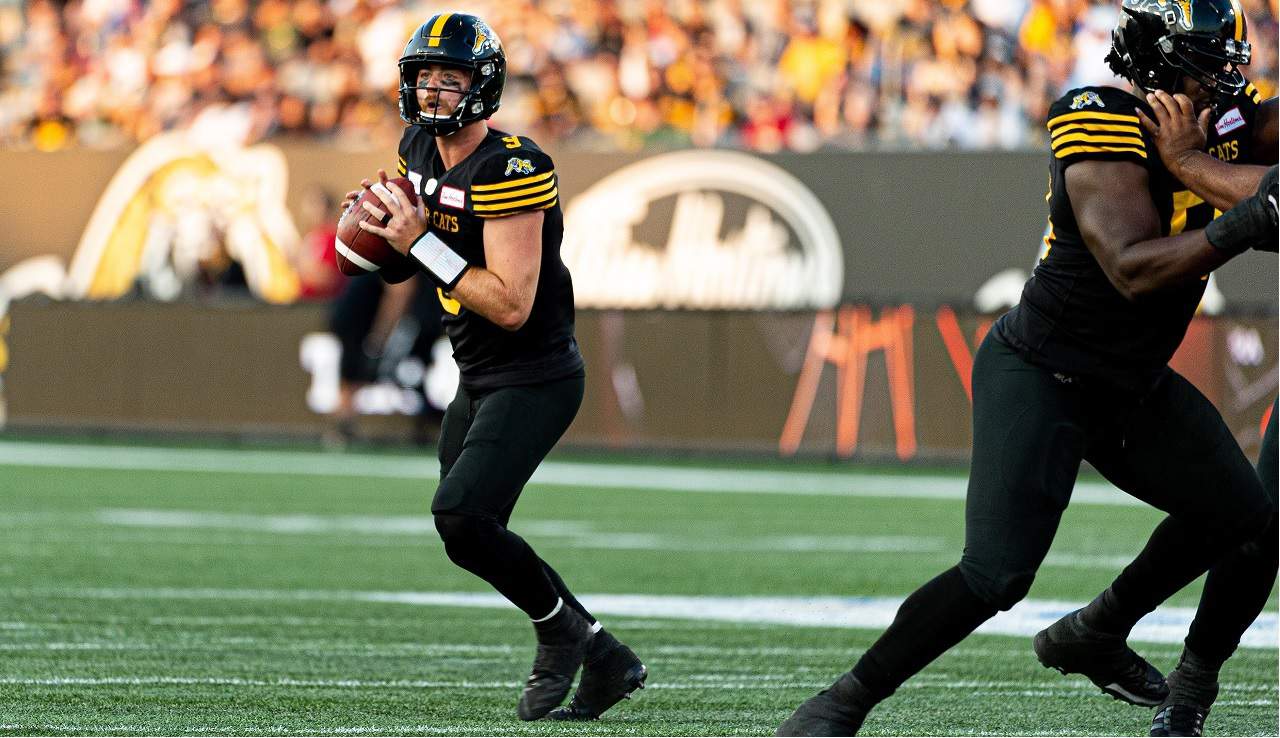 It about Dane time the Hamilton Tiger-Cats and their loyal faithful got to savour a victory.

Buoyed by their backup quarterback and two big-time returns from Frankie Williams, the Tiger-Cats defeated the Montreal Alouettes 27-10 on Friday, banking their first win of the pandemic-delayed Canadian Football League season. The result assauges some pressure on Hamilton (1-2) ahead of the much-anticipated Labour Day Classic against the Toronto Argonauts (1-1) at Tim Hortons Field on Sept. 6.

Backup quarterback Dane Evans, who stepped behind centre with starter Jeremiah Masoli sidelined with a shoulder ailment, was 15-of-22 passing for 183 yards and two touchdowns with no interceptions.

Evans also tallied five punt returns for 100 yards, including a 67-yard scamper in the first quarter that set up a field goal.

Newcomer Steven Dunbar Jr. finished with a team-most 95 receiving yards, catching six of his seven targets. Evans and Dunbar hooked up for a 30-yard touchdown pass to open the scoring just 1:42 into the game at Percival Molson Stadium.

Sean Thomas Erlington, playing at the stadium where he helped the Montreal Carabins defeat Hamilton’s McMaster Marauders in the 2014 Vanier Cup, scored Hamilton’s third touchdown. Thomas Erlington had 10 rushes for a game-most 73 yards.

Adams was 16-of-31 for 171 yards, with one touchdown and one interception. Quan Bray scored Montreal’s only TD, and the Tiger-Cats defence allowed only one pass completion of more than 25 yards.