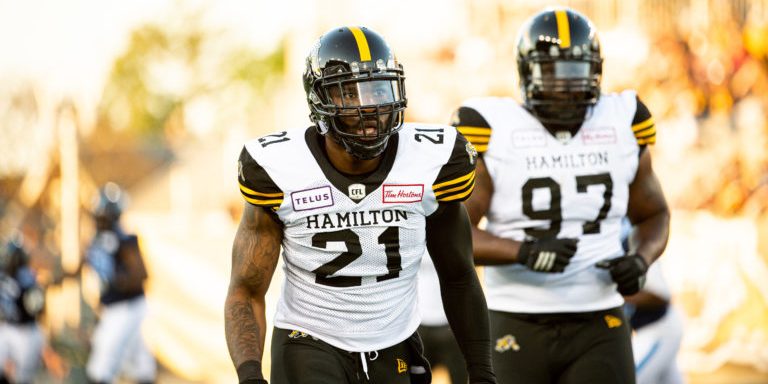 The Canadian Football League announced Wednesday (Sept. 4) that Hamilton Tiger-Cats linebacker Simoni Lawrence has been named a CFL Top Performer of the Month for September.

Lawrence, 32, posted 24 defensive tackles, one quarterback sack, two pass knockdowns and two interceptions that he returned for touchdowns in four games in September, helping lead the Tiger-Cats to a 3-1 record over that span.

The three players were chosen by a panel of judges who independently send their selections to the CFL head office.

Tiger-Cats named CFL Top Performers of the Week this season:

Tiger-Cats named CFL Top Performers of the Month this season: