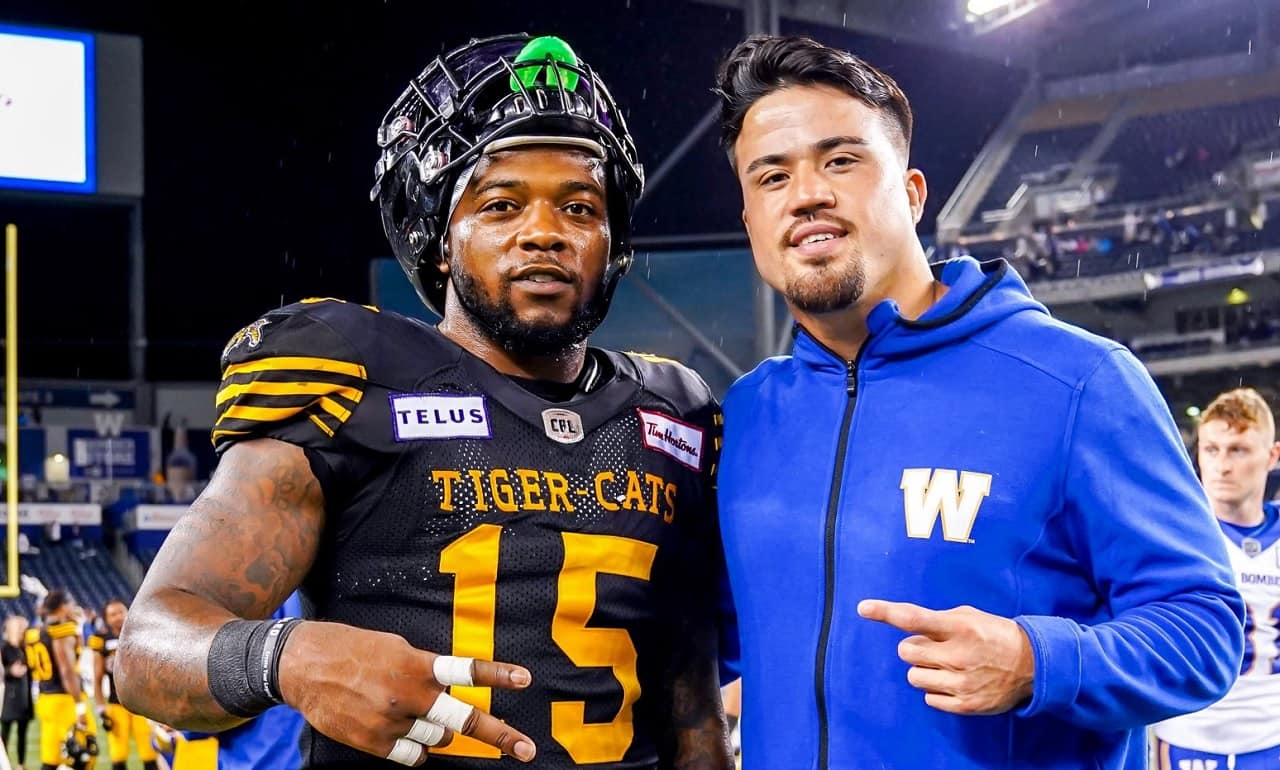 It is presumably a happy U.S. Thanksgiving for Kyle Wilson, since the versatile linebacker has inked a new contract with the Hammilton Tiger-Cats.

The Tiger-Cats announced today (Nov. 24) that Wilson has re-signed for the 2023 and ’24 seasons. The 27-year-old Kansas native, who shared the club lead in tackles for loss last season during his first full campaign in the CFL while making only 10 starts, was one of Hamilton’s four pending free-agent American linebackers.

Lawrence, who turns 34 in February, is the oldest of the four. Wilson is between Santos-Knox (28) and Kelly (26) in age.

Wilson, who had NFL trials with the Los Angeles Chargers and Philadelphia Eagles in 2018, joined Hamilton late in the 2021 season and has played at both will (outside) and mike (middle) linebacker. Last season, he played in 17 regular-season games, earning 10 starts, and also played in one playoff game. He posted 45 total tackles, 42 defensive tackles, five tackles for loss (TFL), one forced fumble and one pass knockdown.

Wilson played his college football with the Arkansas State Red Wolves (Sun Belt Conference) after initially playing for the junior college powerhouse Hutchinson Blue Dragons in his home state. (One of Hutchinson’s conference foes, the Independence Pirates, were followed by a film crew for seasons 3 and 4 of the Netflix docuseries Last Chance U.)

The free-agency window in the CFL opens in February.