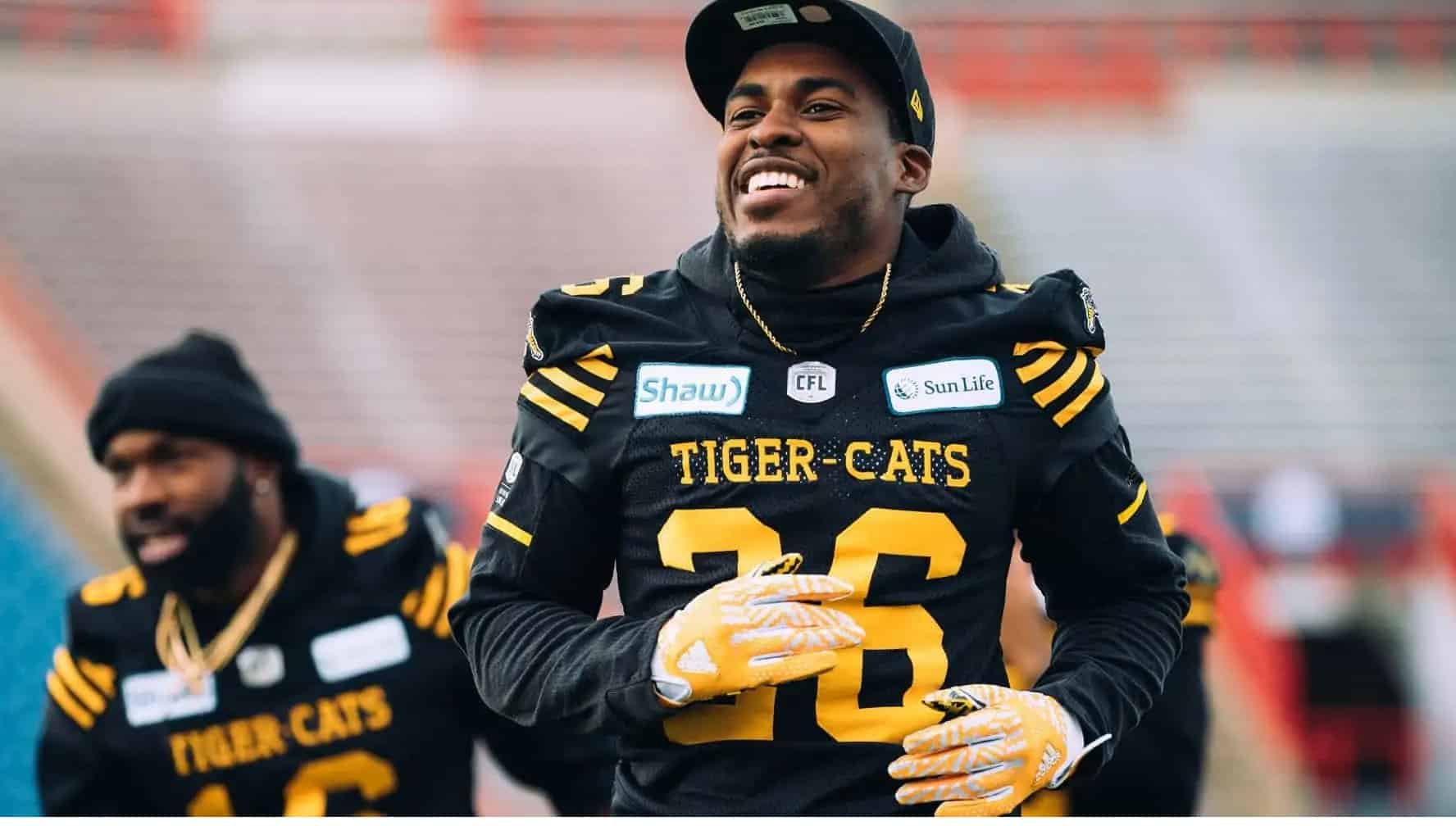 Cariel Brooks, who led the CFL in pass interceptions last season, will make his season debut tomorrow when the Hamilton Tiger-Cats host the Montréal Alouettes.

Offensively, Canadian slotback Lemar Durant, who has also been sidelined for the first third of the season, will make his debut in black and gold when the Tiger-Cats (1-5) face Montréal (2-4) at Tim Hortons Field (7:30 p.m., TSN/RDS/Ticats Audio Network). The tilt will be the teams’ first since the Tiger-Cats defeated the Alouettes in an East Division semifinal last season, and the first since former Montréal head coach Khari Jones joined Hamilton as a football operations consultant.

Brooks, a defensive halfback, was sidelined with a back injury through the first six games, keeping him from building on an all-star 2021 campaign. The five-foot-10, 200-pound Miami native made five interceptions during the 14-game COVID-shortened season in 2021. Brooks is signed through 2023.

His return comes ahead of a matchup against an Alouettes offence that is third in the CFL in points per game (25.0) and second in yards per pass (9.2) with veteran quarterback Trevor Harris behind centre.

The absence of Brooks might be most noticeable in Hamilton’s relative lack of disruptive defensive plays and difficulty limiting long pass plays. The Tiger-Cats’ combined interception and sack tally (17, for 2.83 per game) is second-lowest in the CFL. They have also given up 11 pass plays of 30 yards or more, which is tied for the second-most in the league.

Without Brooks and perennial all-star linebacker Simoni Lawrence, Hamilton did keep an opponent under 20 points for the first time during a 17-12 away defeat against the B.C. Lions in their last outing on July 21.

Alden Darby Jr., who had started in Brooks’ spot, will dress as a backup linebacker. The only other defensive change for Hamilton fans to monitor is that defensivev backs Stavros Katsantonis and Lawrence Woods III, who is also the Tiger-Cats’ ace return specialist, are listed as game-time decisions.

Lawrence has also been moved to the one-game injured list, meaning his return timeline may be moving up. The reigning East defensive player of the year has missed the last two games.

The 6-foot-2, 218-pound Durant was one of Hamilton’s big wintertime additions after being released by B.C. in January. His belated arrival means Hamilton will have two Canadians in the receiving corps, with hometown talent Tyler Ternowski also started at wide receiver.

Durant, who had a career-most 810 yards back in 2019, will line up as a slotback next to veteran Bralon Addison.

Hamilton ranks second from bottom in the CFL in yards per play (4.7), per pass (7.8), per rush (4.2) and rushing touchdowns (1). A key to greater production from a group helmed by quarterback Dane Evans is likely with the protection group, and that unit has been reshuffled due to an injury to veteran tackle Chris Van Zeyl.

The 38-year-old Van Zeyl has been battling injuries throughout the season. In his absence, Travis Vornkahl will be the new starter at left tackle and vetean Colin Kelly will flip to the right side, where he has played for most of his career.

The 6-foot-6, 298-pound Vornkahl was signed by Hamilton last summer. The 26-year-old Texan has spent time with three NFL organizations — the Cleveland Browns, Washington and the Indianapolis Colts.

Addison and fellow slotback Tim White are listed as returners if Woods is scratched.

The Alouettes inched into second in the East through a 40-33 away win against the Ottawa Redblacks on July 21. Montréal has made only two starting-lineup changes since last week. Harris will have a new centre, David Brown, while Tyrice Beverette has been installed as one of the outside linebackers.

The game is the first of three this season between Hamilton and Montreal, all of which take place in the next two months. The Tiger-Cats also play the East-leading Toronto Argonauts (2-2) four times between Aug. 6 and the Labour Day Classic on Sept. 5.