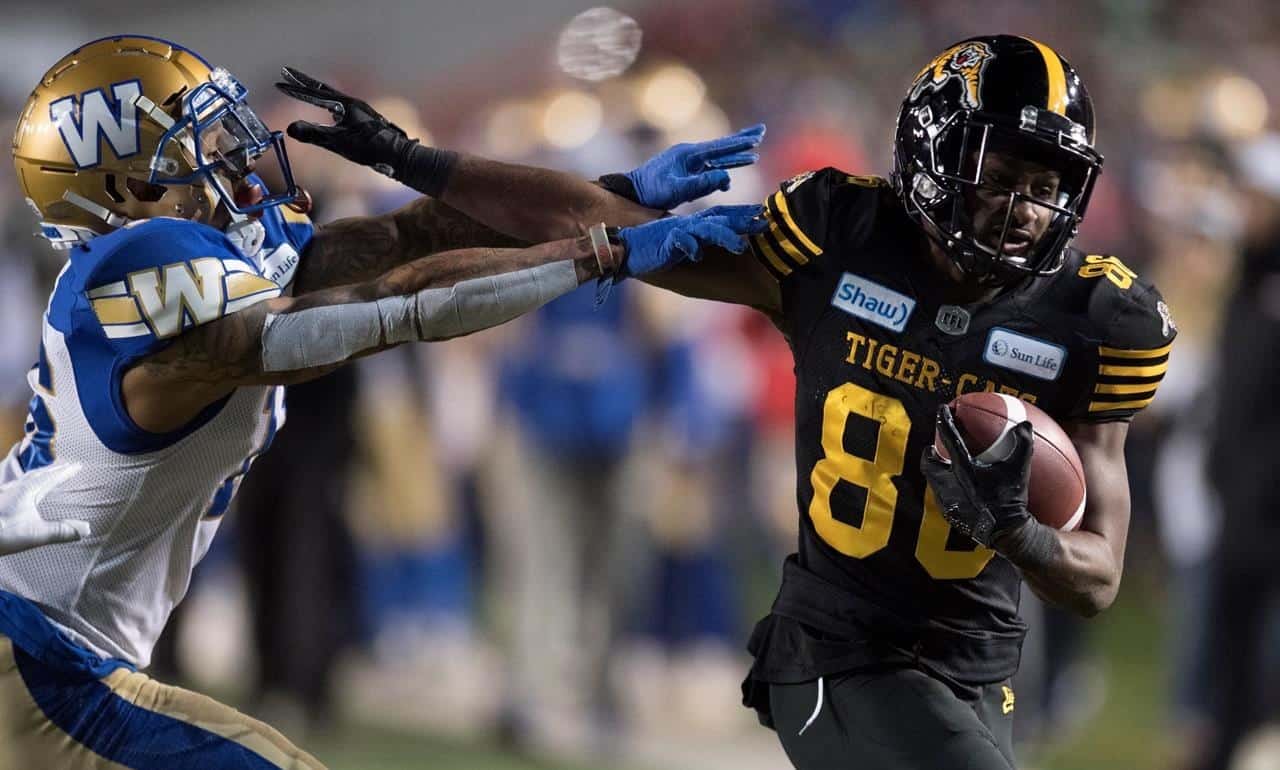 Bralon Addison, right, gained more than 1,200 receiving yards in 2019, when the Hamilton Tiger-Cats went to the Grey Cup. (Frank Gunn, The Canadian Press)

All-star receiver Bralon Addison is coming back from a sore knee to try and give the Hamilton Tiger-Cats the receiving threat they sorely need.

Addison, 27, who has missed the first half of the season due to a knee injury, has been added to the Tiger-Cats’ active roster. He was a Canadian Football League all-star in 2019 when he registered 95 catches for 1,236 yards and seven TDs.

The Tiger-Cats have treaded water offensively due to both a revolving door behind centre, where they have used three quarterbacks, and the absences of Addison and slippery slotback Brandon (Speedy B) Banks. Hamilton (4-3) shares the East Division lead with the Toronto Argonauts, but is second-last in the league in scoring (19.4 points) per game.

The Montreal Alouettes (2-4), who take on Hamilton at Tim Hortons Field on Saturday, are averaging a league-most 26.3 points.

Also Monday, the Tiger-Cats placed Canadian rookie tight end Jake Burt on the six-game injured list. Hamilton selected Burt first overall in the 2021 CFL draft but the former Boston College star has yet to play for the team.

Hamilton also put Canadian kicker Michael Domagala, a St. Catharines native, and American linebacker Corey Thompson on the practice roster. Domagala had been on the active roster while Thompson moves from the suspended list.

The Montreal-Hamilton game on Saturday is a 4 p.m. kickoff. Under Ontario’s COVID-19 protocols, they will be allowed to have a crowd of up to 18,000, which is 75 per cent of the stadium capacity.