A Hamilton man plans to celebrate his family’s lotto windfall by taking a trip to Niagara Falls in the near future.

Hamilton steelworker Ayman Ebrahim matched the last six of seven Encore numbers in the exact order in the Sept. 8, Ontario 49 draw to win $100,000. Ebrahim also won $2 on a second Encore selection bringing his total winnings to $100,002.

The 36-year-old married father said in an OLG press release that he is an occasional lottery player, and his favourite game is Ontario 49.

“I always add Encore,” he said while at the OLG Prize Centre in Toronto to pick up his winnings.

“I received an email from OLG at 4 a.m. when I was working the night shift and I thought it looked different,” said Ebrahim.

“When I got home, I checked my OLG account right away and my brain froze for a few seconds. I counted the zeroes several times.”

Ayman said when his wife woke up, he didn’t say a word and just showed her the computer screen.

Ebrahim said the family plans to save his windfall for the future and celebrate with a trip to Niagara Falls.

“It’s mind-blowing,” he said of winning the lottery. “It feels awesome.” 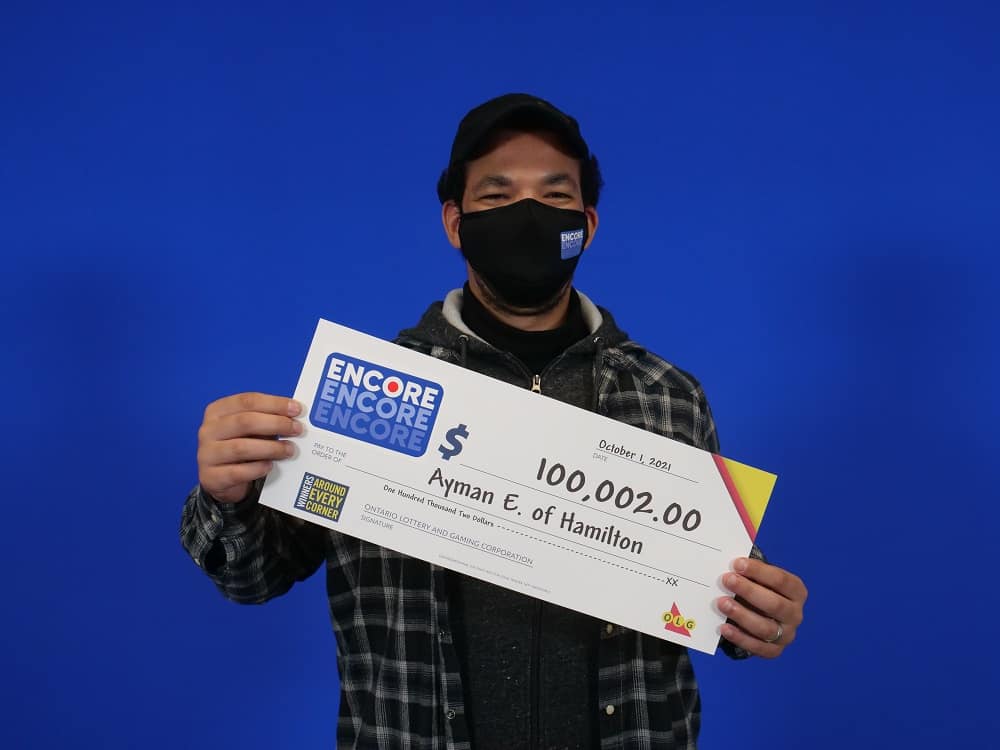