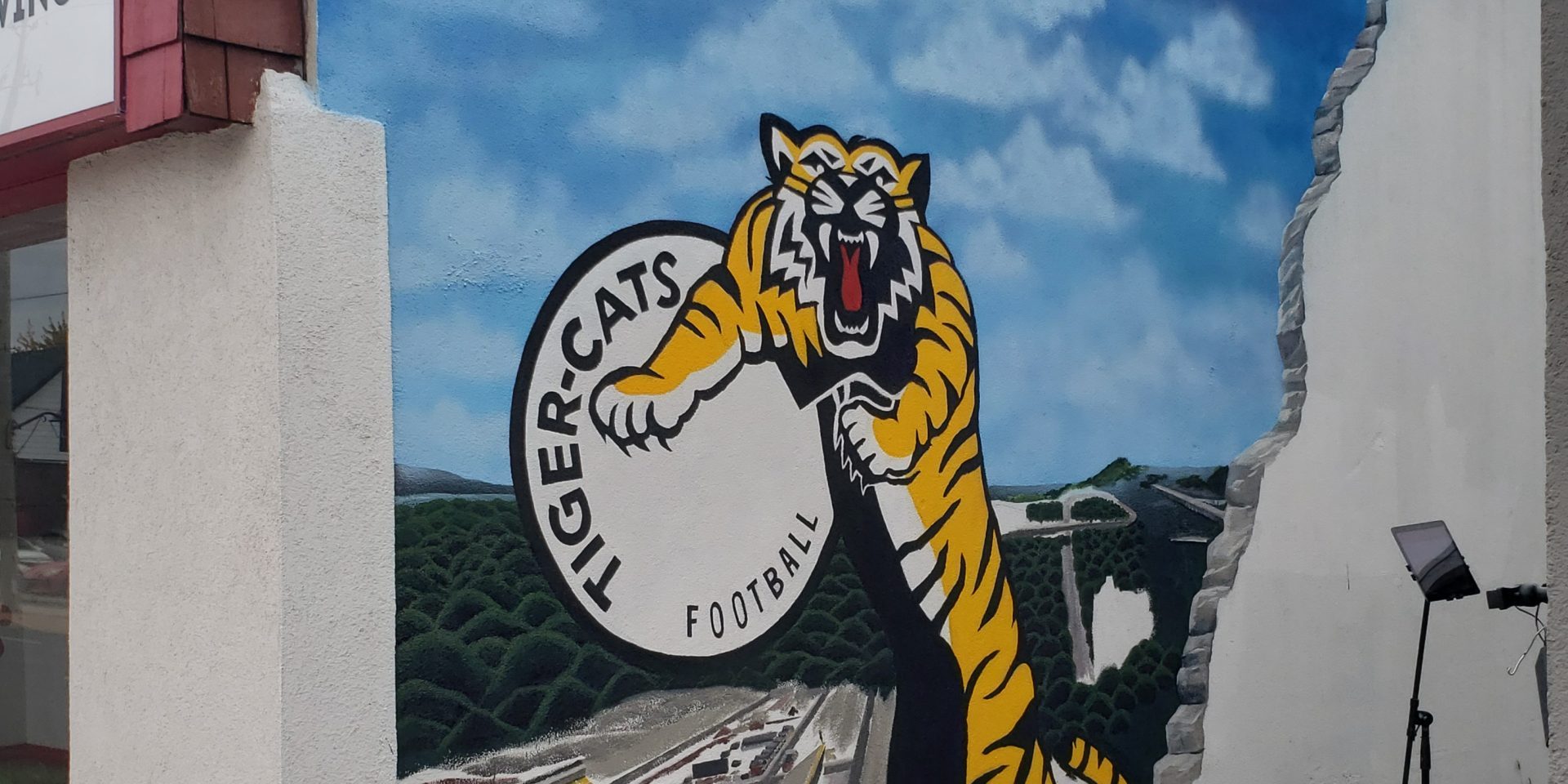 You can win up to $700 in prizes by taking a selfie at the new Tiger-Cats-themed escarpment mural painting at Concession St. and East 16th in Hamilton.

You can win up to $700 in prizes by taking a selfie at the new painting on Concession St. in Hamilton.

The Tiger-Cats-themed escarpment mural with a view of downtown from Sam Lawrence Park is located at Yimee’s pizza and shawarma shop at the corner of Concession and East 16th.

It was commissioned by Phil Bradshaw, owner of FurnacePrices.ca, to Hamilton artist Tim Nijenhuis and Ninehouse Productions, whose public artwork can be seen throughout the city.

“The theme of the mural is meant to highlight the city of Hamilton, the escarpment and views of the city, and the beloved Hamilton Ticats CFL team,” said Bradshaw.

“We know the pandemic has been difficult for many local businesses, so we wanted to show our support for the community,” he added. 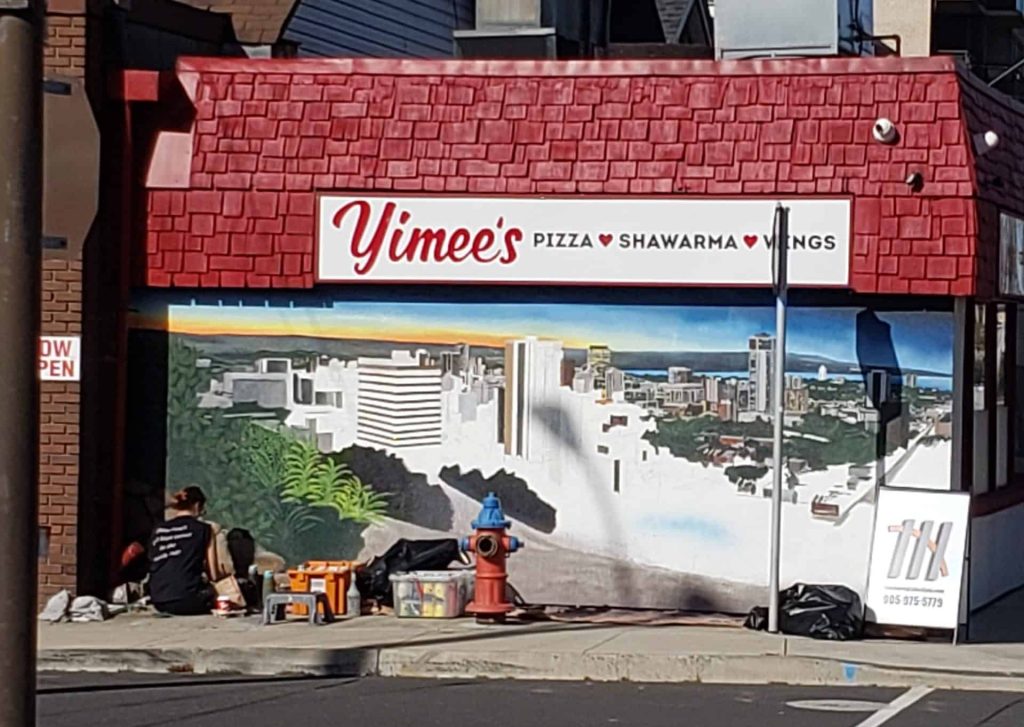 The rules of the selfie contest were posted to Facebook by Bradshaw.

Entrants must take a selfie at the mural and tag it with #tigertown. The photo must then be uploaded to the official Facebook group and the individual’s personal Facebook account, with all individuals in the photo being tagged.

The top prize is $500 to be spent at shops along Concession. Two separate $100 prizes will also be aware to “most creative selfie” and “most engaging post.”

The winner will be announced on Dec. 10.

Concession has become a haven for public art lovers. The latest mural will be the 15th located along the lower mountain street.