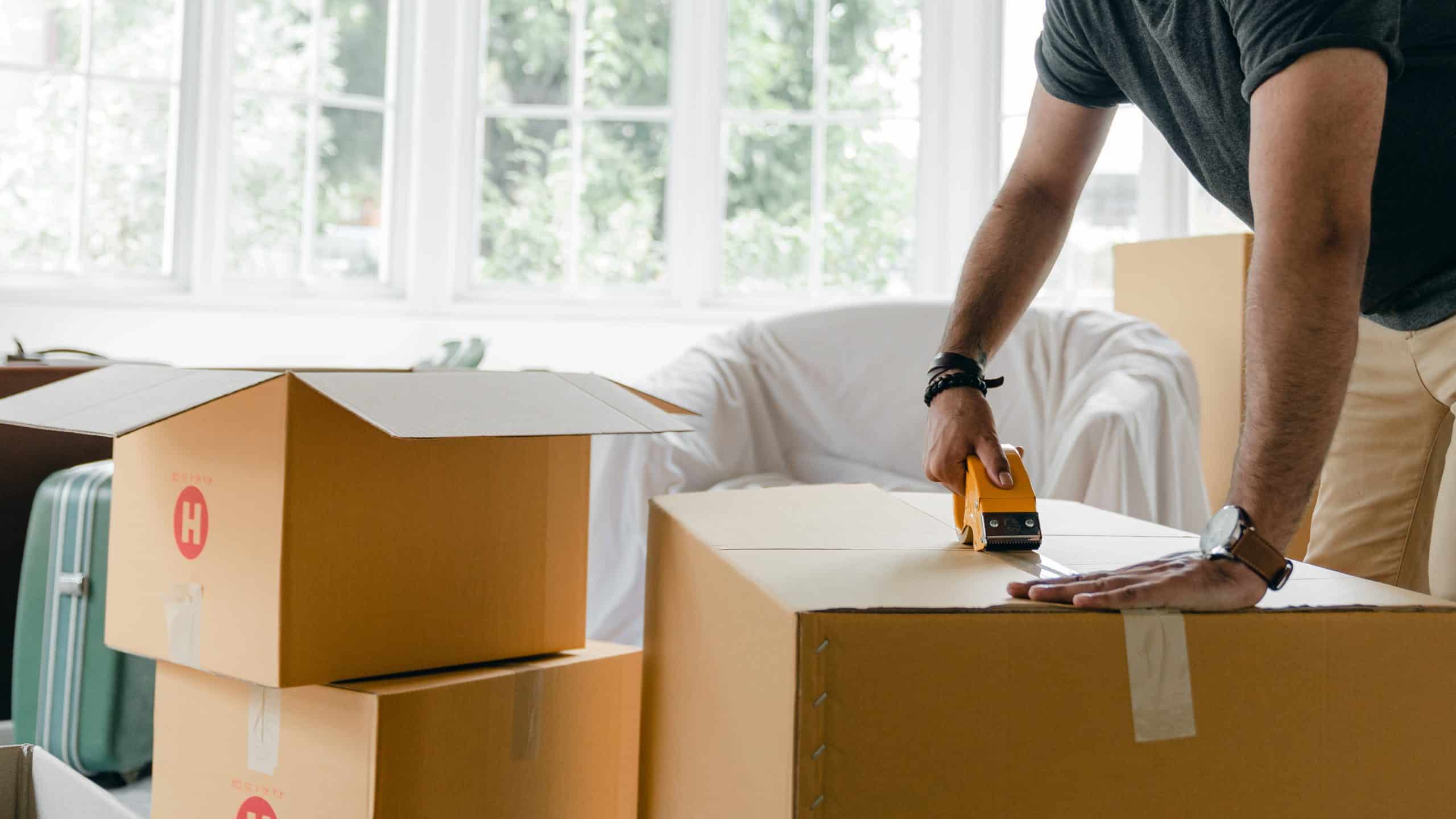 The year-over-year average monthly rent in October for a one-bedroom in Hamilton was up 13.3 per cent and up 15.6 per cent for a two-bedroom.

Rents continued to surge across Canada last month, and Hamilton was not immune.

According to the Rentals.ca  and Urbanation latest National Rent Report, the year-over-year average monthly rent in October for a one-bedroom in Hamilton was up 13.3 per cent and up 15.6 per cent for a two-bedroom.

“The unprecedented growth in rents underway is broad-based across Canada, with most markets reporting double-digit annual rent inflation,” said Shaun Hildebrand, president of Urbanation. “The rental market keeps getting hotter with each interest rate increase, coupled with a record-high increase in the population.”

“The need to ramp up rental supply has never been greater.”

Average rents rose 11.8 per cent year over year in October in Canada to an average of $1,976 across all property types.

Month over month, average rents increased 2.2 per cent over September.

The latest annual rent increase was more than double the annual increase in average hourly wages of employees in Canada at 5.6 per cent, as reported by Statistics Canada for October.

In the period since March, when interest rates began to rise, the average rent in Canada has increased by 9.2 per cent, which compares to a nearly equivalent 9.9 per cent decline in benchmark resale prices between March and October, as reported by the Canadian Real Estate Association.

Year over year, the average monthly rent in October for a one-bedroom in Toronto was up 23.7 per cent and up 23.8 per cent for a two-bedroom. 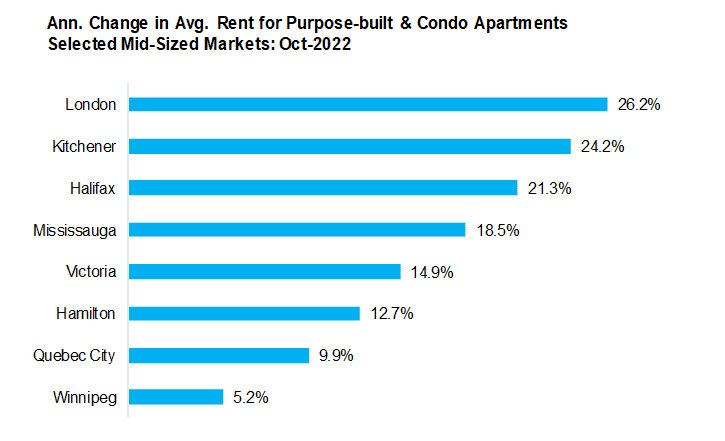 Among markets in Canada with populations over 1 million, average rents for purpose-built and condominium apartments remained highest in Vancouver in October at $2,976.

Rents in Toronto for purpose-built and condominium apartments have risen to an average of $2,820 in October.

For mid-sized markets, year-over-year average rents in October for condominium rentals and apartments grew most in London and Kitchener with annual increases of 26 per cent and 24 per cent, respectively. Halifax followed with average rents rising 21 per cent annually.

Year over year, average rents for condo rentals and apartments in Mississauga, Victoria and Hamilton increased in October by 18.5 per cent, 14.9 per cent and 12.7 per cent respectively.

The most affordable of the mid-sized markets were Quebec City and Winnipeg, which also had the slowest annual rent growth of 9.9 per cent and 5.2 per cent, respectively.