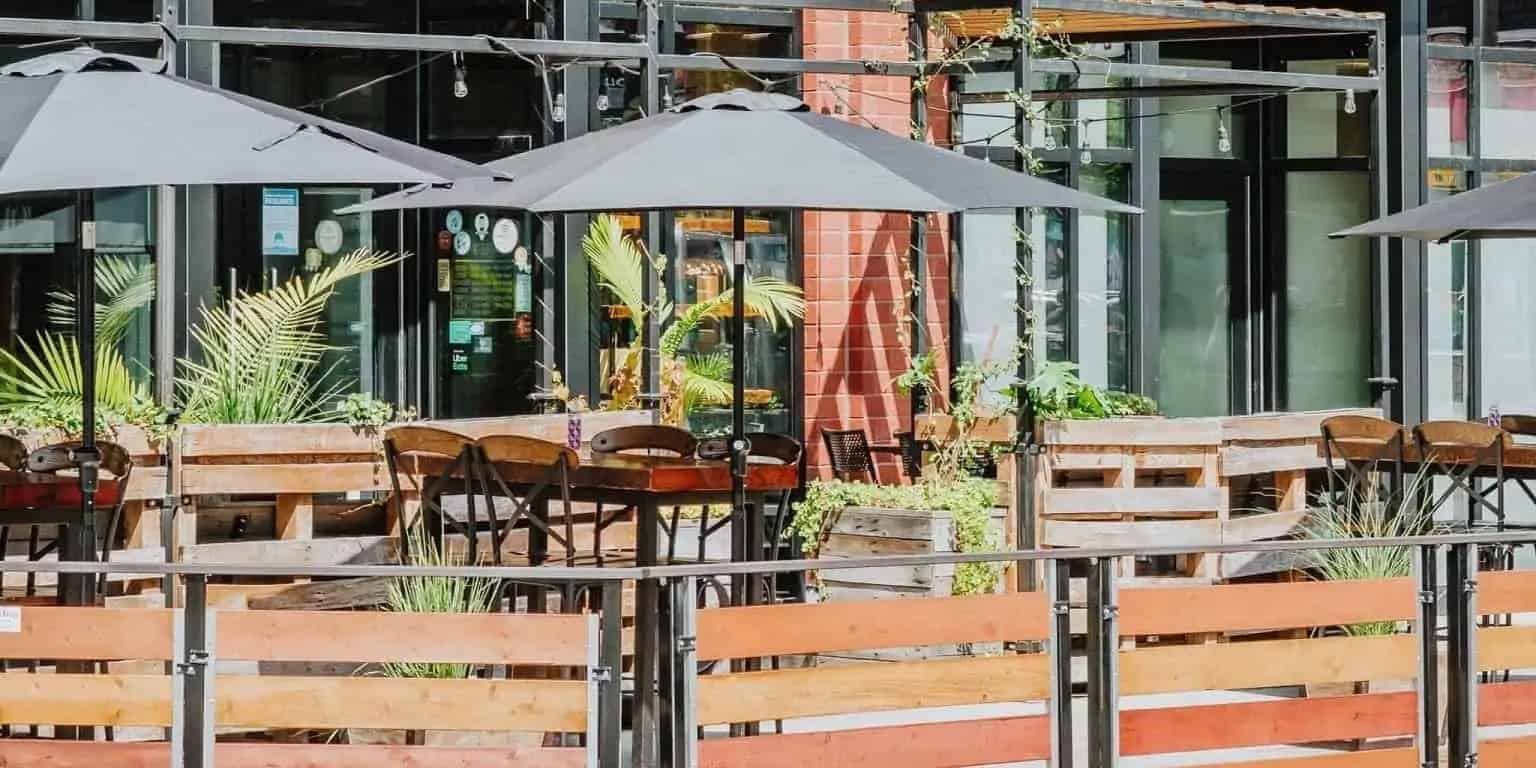 Nique restaurant is returning for one night only, assuming that it is not spreading disinformation.

The Vine Street eatery in Hamilton, whose management defied Ontario’s vaccine mandate for weeks late last year before entering bankruptcy proceedings, says it is returning for one last hurrah this week. On Friday, it will serve customers “for the last time, ever,” with dinner reservations available from 5 p.m. till 9 p.m., along with a DJ, dancing and drinks.

“We invite everyone who has supported us over these last years to join us in celebration,” an Instagram post from Nique reads. 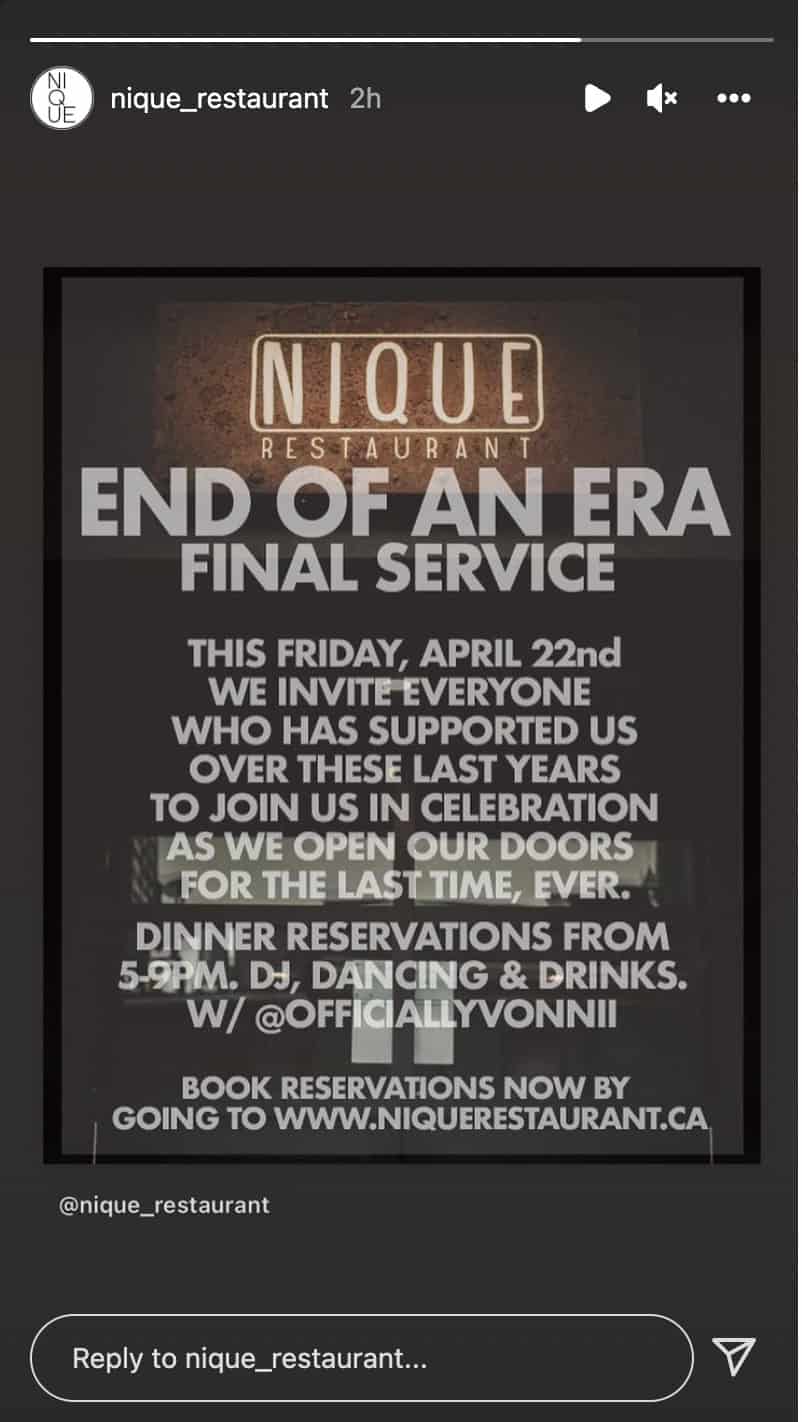 The Ontario government required indoor public settings, such as restaurants, to confirm patrons’ vaccination status from Sept. 22 until early March. Within days, Nique, owned by Harrison Hennick, let it be known it would not check vaccination status, and used the racially loaded term “segregating” while also amplifying falsehoods about vaccines and the global COVID-19 response.

In the first week of November, Nique was charged seven times under the Reopening Ontario Act, which governs COVID-19 safety measures in non-essential businesses. There were only seven other charges and fines meted to all other businesses in Hamilton during the same week.

By early January, Nique had gone into bankruptcy.

Nique’s post also says the beats will be bumped on Friday by a DJ and producer named Vonnii. Her Instagram bio includes the hashtags #HoldTheLine and #WeTheFringe.

Those slogans were adopted this winter by Ottawa occupation and border blockade supporters and sympathizers, whose demonstrations were referred to as Freedom Convoy 2022.

Most of the infrastructure that was targeted involved the federal government. The protest began under the guise of supporting truck drivers who did not get vaccinated even though that was a requirement to cross the Canada-U.S. border set by both nations. No professional trucking association supported the actions.

Vaccine rules are also largely provincial, with border crossings and the federal public service among the exceptions. The inability of the Ottawa Police Service to keep the streets safe led to Prime Minister Justin Trudeau briefly imposing the federal Emergencies Act for the first time in the law’s history until everything was cleared.

The cost of extra policing during the occupation cost the City of Ottawa some $30 million. The City of Windsor also said last month it incurred $5.6 million in extra costs due to the blockade of the Ambassador Bridge.

Krista Haynes, the daughter of Ontario Premier Doug Ford, participated in the convoy when it passed through Halton Region in late January. Haynes, who had repeatedly denied the efficacy of vaccines against COVID-19, held a black “F— Trudeau” flag in one picture.

About one-third of Conservative Party of Canada (CPC) members of Parliament espoused support for the demonstators and occupiers, including interim leader Candice Bergen and leadership contender Pierre Poilievre. Then-leader Erin O’Toole also met with members of the convoy during its early days before he was ousted in a caucus vote.

In any event, Nique says that reservations for its final night can be made at niquerestaurant.com.