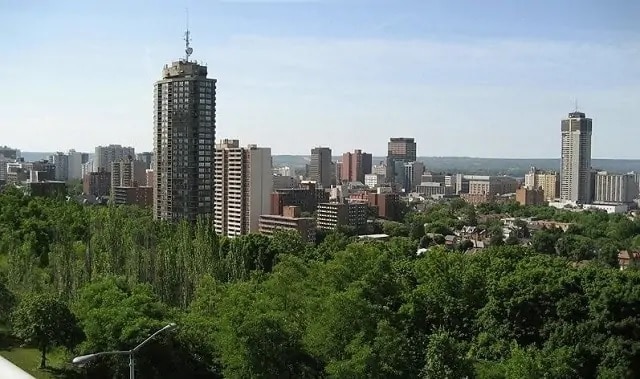 Hamilton ACORN is trying to find how many apartment residents in the city deal with sweltering humdity in the summer.

The tenants advocacy group has begun an Extreme Heat Survey as part of a longer-range effort to lobby the city to revise its property standards bylaw to address heat. Hamilton does not require air conditioning to be provided by building owners and landlords, and while a minimum temperature must be maintained during the cold-weather months, there is nothing about limiting the heat indoors during July and August.

“Many people across Hamilton are suffering under the extreme heat in their apartments during the summer months,” the survey says. “The ability to feel comfortable in your home is a right!”

Hamilton, at this writing, is under a heat warning. The humidex on Tuesday was 41.8C, which is the third-highest on record for July 19. It was the seventh time on that date that the humidex reached 40. Five of those occurrences have come in the past decade.

Near record humidex. Today's 3pm humidex of 41.8 brought #Hamilton within 0.9 of the highest humidex ever recorded on Jul 19th. #YHM #YhmWx pic.twitter.com/CtrA1aUW70

The ACORN survey, which is available in a Google Doc, also asks people about the effects from living in a hot building. Those can include cramps and pain, fatigue, headaches, heat stroke, poor sleep, and difficulty completing tasks or concentrating.

It also aasks responding renters a series of questions about their living situation. Those include whether they have air conditioning (and what type), the reasons for not having it, and whether their landlord has pressured them to remove an A/C unit.

There are also demographic questions, such as income level and whether there are children or codependants living in the unit.

‘We are warming rapidly’

Last summer, Dr. Altaf Arain, from the McMaster University Centre for Climate Change, explained that Hamilton renters are particularly vulnerable to the effects of climate change. During a Zoom webinar a year ago, Arain noted that Hamilton is near a major body of water (Lake Ontario) in the most densely populated region of Canada. Northern latitudes are also likely to see a faster rate of average temperature change than the entire Earth.

The survey is available online, and ACORN has said it wants to delegate to City Hall by the end of this summer.