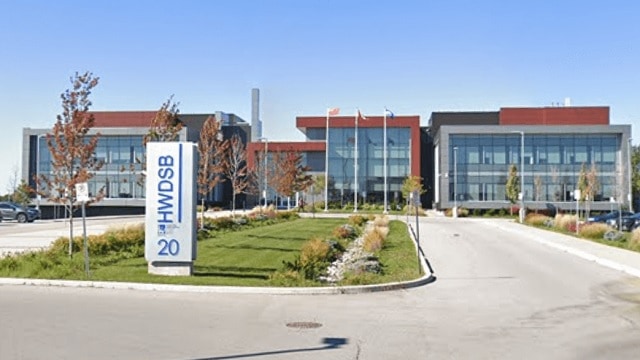 Instead, the Hamilton-Wentworth District School Board (HWDSB), in a statement issued Tuesday, called it “return to school guidance,” noting that its planning is well underway. The statement, attributed to chairwoman Dawn Danko and director of education Manny Figueiredo, reads:

At HWDSB, our return to school planning has focused on two key principles: safety and the return of in-person learning. Now that the Ministry of Education has released its guidance on the return to school, we will incorporate this into our plans for effective public health measures and learning this fall. We are excited about the return of in-person learning every day for all students, with remote learning as an option. We expect more information to come on extracurriculars, contract tracing and other details. We will share a comprehensive COVID-19 update for families in the days ahead. In the meantime, we encourage families to see the provincial guidance at www.ontario.ca/document/covid-19-health-safety-and-operational-guidance-schools-2021-2022.

The Ontario government says students returning to schools next month will be able to play on sports teams, use instruments in music class, go on field trips and ditch masks outdoors, even if social distancing can’t be maintained. There are relaxed rules on using shared spaces such as libraries and cafeterias. Masking indoors will remain a requirement for students in Grades 1 and up.

Students will be attending in person for full days, five days a week — unless they have opted for remote learning — and high school students will have timetables with no more than two courses at a time.

Dr. Kieran Moore, Ontario’s chief medical officer of health, suggested dealing with COVID-19 in schools will eventually be akin to the flu.

“I think we have to normalize COVID-19 for schools and have an approach that’s prudent, that’s cautious, but that realizes yep, we’re going to have a rise in cases, but we’re going to adhere to the best practices to minimize the spread and keep our communities safe,” Moore said.

The Hamilton-Wentworth Catholic District School Board did not issue any statement on its website or social media channels.

The Ontario Public School Boards’ Association applauded the new protocols but said the government must ensure boards are fully funded for their extra ventilation, personal protective equipment and cleaning costs.

The Ontario NDP said it was disappointed there was no mention of smaller class sizes or ways to increase the youth vaccination rate.

“(Ontario Premier Doug) Ford’s scheme does not invest in lower class sizes,” Ontario NDP leader Andrea Horwath, whose home riding is Hamilton Centre, said in a statement. “It skimps on ventilation improvements. It does not fund more mental health help or education support staff to help kids recover. Ford’s scheme does not include paid sick days for parents and all school staff. And it does not include any support whatsoever to increase vaccination rates among students.”

Hamilton has 68.2 per cent first-dose coverage among youth 12 to 17 and 49.5 have had a second jab. Unlike some some other provinces, Ontario is not allowing children who will turn 12 in the fall to move up their first dose.

Education Minister Stephen Lecce was not available to answer questions about the new protocols. Lecce is scheduled to speak on Wednesday (Aug. 5), when he is set to announce $25 million more in ventilation funding for standalone HEPA units. The government previously announced more than $500 million in ventilation improvements are underway.

Ontario reporting 289 fewer people in hospital due to COVID-19, five more in ICU