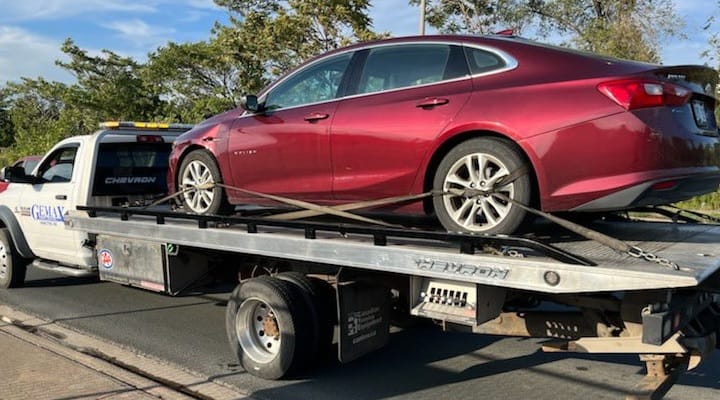 In a matter of minutes, two different motorists in Hamilton had their vehicles towed for driving without insurance.

One of them was travelling well above the speeed limit.

Hamilton Police (HPS) related that traffic safety unit officers charged a driver for speeding at 96 km/h in a 60 zone on Nikola Tesla Blvd. in the northeast part of the city. The driver did not have insurance.

Another driver stopped on East 37th St., on the East Mountain. They were charged with failure to display two licence plates and for driving without insurance.

The posts from HPS announcing that the vehicles were being impounded were posted about 16 minutes apart.