Hamilton Police seize $4.5 M worth of marijuana destined for U.S. 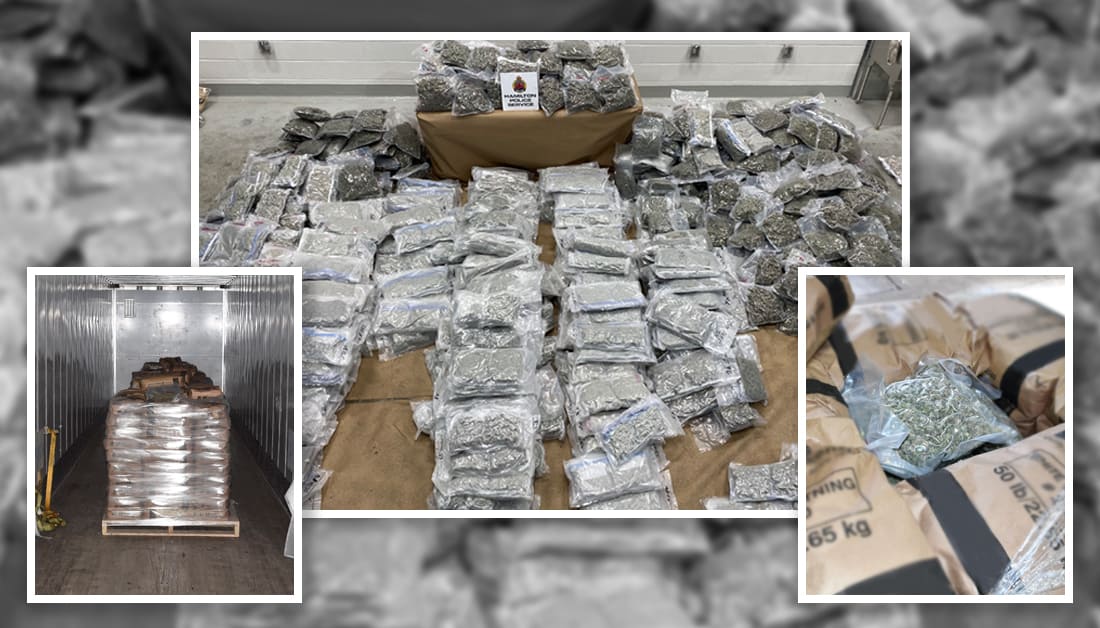 Hamilton Police have seized approximately $4.5 million worth of marijuana that was reportedly destined for the U.S. recently.

A 56-year-old Hamilton man is also facing charges relating to trafficking and exporting illegal cannabis, according to police who say they seized more than 296 kilograms of cannabis that was destined for Illinois.

Police said in a press release issued Thursday (March 11) that they were called to an industrial area in Stoney Creek on March 1 shortly after 2:30 p.m., to reports of a suspicious shipment being loaded onto a transport truck.

When police arrived on the scene, officers reportedly discovered processed cannabis hidden in amongst the shipment and at that point, HPS’s vice and drug unit took over the investigation.

A search warrant was executed on both the warehouse and transport truck, yielding 653 bags of cannabis, weighing approximately one pound per bag, police said.

Police arrested Eric Hewitt Grewar, 56, of Hamilton and charged him with:

The cannabis was concealed inside sandblasting bags and stacked on skids for delivery in the truck.

The estimated value of the drugs in the U.S. is approximately US$5 million. Given the shipment’s destination, Hamilton Police say that investigators are working with the U.S. authorities on this investigation and to determine the exact destination of the shipment.

“Based on the level of sophistication used to conceal the cannabis and the method used to transport it across the border police believe members of organized crime to be involved,” said Detective Sergeant Jason Cattle, off HPS’s Vice and Drug Unit.

“The amount of drugs seized and the method used to avoid detection at the U.S. border is consistent with high-level drug importing and exporting.”

Anyone with information is asked to contact the Vice and Drug Unit by calling Detective Cory Gurman at 905-546-3826.