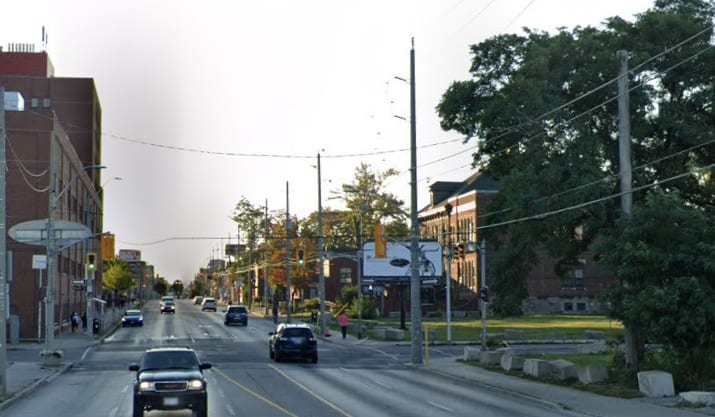 A 65-year-old Hamilton man was killed Thursday Oct. 28, 2021, after being hit by a dump truck near the intersection of Barton St. E and Wellington St. N. Now the councillor of the ward in which the intersection is located is calling for a safety audit of the area. — Google Street View

Hamilton Police are appealing to members of the public who may have witnessed a fatal accident in downtown Hamilton on Thursday (Oct. 28) to come forward.

A man travelling on a scooter was struck and killed by a dump truck while the truck was turning at the intersection of Barton and Wellington Thursday morning, police said.

The man has since been identified on social media as 65-year-old Manuel DeSouza from Hamilton.

The dump truck operator, a 76-year-old man also from Hamilton, remained at the scene and is cooperating with police in the investigation.

Due to the nature of the collision, the Hamilton Police Collision Reconstruction Unit has taken charge of the investigation and so far, detectives have ruled out speed and driver impairment as contributing factors.

“Truly tragic news today,” she wrote in a Tweet.

“I’ll be asking for an immediate and thorough audit of the intersection with recommendations on how to improve safety at Barton and Wellington.”

Truly tragic news today. I’ll be asking for an immediate and thorough audit of the intersection with recommendations on how to improve safety at Barton and Wellington. https://t.co/wwsn7XMotl

This area of Hamilton has already been flagged for safety issues in recent years and, in fact, is under review by city staff.

A report in front of the Public Works Committee less than a year ago called on City Council to designate the area around the General Hospital as a safety zone. Part of the report discussed rerouting large trucks away from the area as well as developing more bike paths and crosswalks.

DeSouza is the City of Hamilton’s 13th traffic fatality this year.