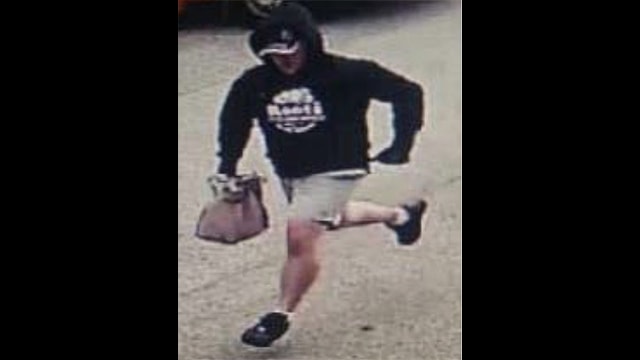 The Hamilton Police Service is reaching out to the public once again as they continue to investigate a west end robbery that occurred on June 20, 2021.

Shortly after 4 a.m., the suspect entered the convenience store and told the employee that he had a gun before demanding money and cigarettes.

The suspect took money and cigarettes and then fled on foot.

He was seen travelling westbound on Main St West and northbound on Binkley Rd, according to police.

The suspect is described as a white male with a medium build. He has dark brown or black hair and was wearing a grey hoodie, a black baseball hat with a red brim, and a black face mask during the robbery.

Police say no one was physically injured as a result of the incident and no weapons were observed.

“Investigators are appealing for the public’s assistance in identifying the suspect for this robbery,” said police.

Those with information can contact Detective Constable Sarah Ricker 905-546-8938 or Staff Sergeant Andrea Torrie 905-546-2991 of the Hamilton Police BEAR Unit.