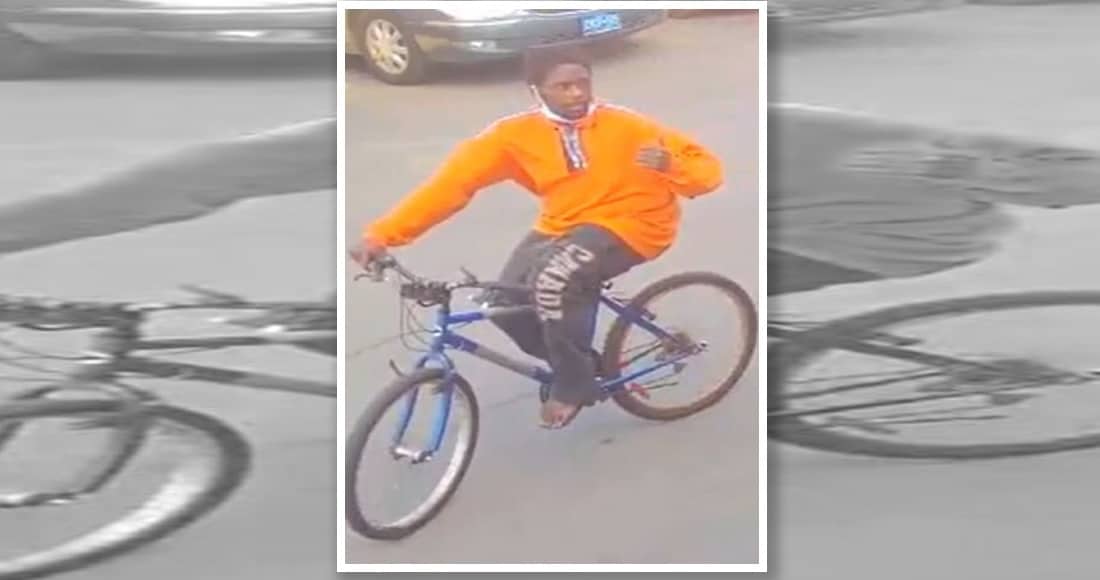 Hamilton Police have released an image of a man they believe to be the suspect in a sexual offence investigation that began earlier this week.

On Monday (June 27), just before 8:30 p.m., Hamilton Police responded to reports of an incident that had occurred in the area of Cannon St. East near Lottridge St. At that time, police were told an individual approached a youth and asked them to perform a sexual act.

When the youth refused, the man then exposed himself.

The suspect is a Black man who appears to be in his 20s and has a medium build with short black hair. He was wearing a bright orange crew neck sweater, dark-coloured track pants with “Canada” in white vertical lettering on the left leg, and sandals.

Hamilton Police are encouraging residents in the area to check their home surveillance video for any suspicious activity.

Anyone with information that could support this investigation is encouraged to contact East End Staff Sergeant office at 905-546-2963.