The SIU says it had "no reasonable grounds" to charge a Hamilton police officer in the shooting death of a 27-year-old Hamilton man in February. (SIU file photo)

The province’s Special Investigations Unit has found “no reasonable grounds” to believe a Hamilton Police Service officer committed a criminal offence in the shooting death of a 27-year-old Hamilton man in February.

The officer under investigation responded to a call regarding a stolen pickup truck and a driver that may be armed in the Strathearne Place neighbourhood in Mount Hope.

According to the SIU report, the officer arrived and discovered a Chevrolet Cavalier containing multiple occupants near the stolen pickup truck.

As the officer approached, the man behind the wheel reversed the Cavalier, and after reportedly being told to stop multiple times, he drove forward towards the officer, who shot the man twice.

The man was taken to hospital, where he died. 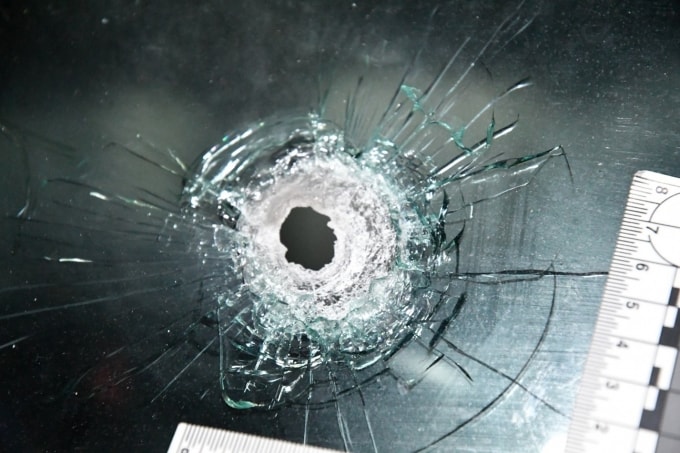 The SIU says it reviewed surveillance video from the scene and obtained an audio transcript of the officer’s interaction with the vehicle’s driver.

(The reverse light on the Cavalier disengages)

(The Cavalier began to move forward)

(The Cavalier comes to a stop)

(Two gunshots can be heard within a few seconds, before the sound of the Cavalier striking a tree)

Other vehicles were involved in the incident.

The SIU says it interviewed nine civilian witnesses and three officials at the scene. 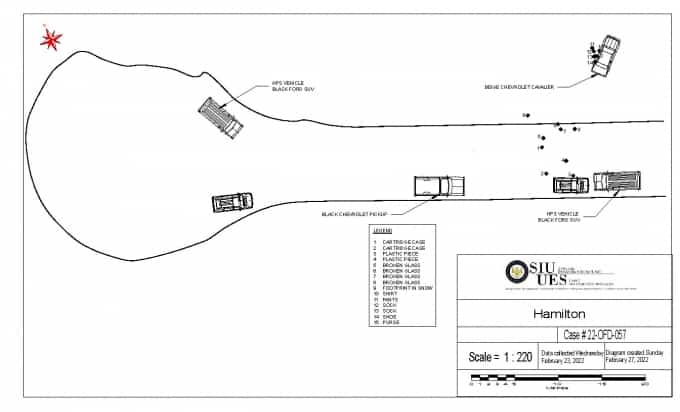 SIU director Joseph Martino wrote in his report that, according to the criminal code, “the use of force that would otherwise constitute an offence is legally justified if it was intended to deter a reasonably apprehended assault, actual or threatened, and was itself reasonable.”

He added that he was satisfied with the level of force used.

Martino added, however, that there were questions regarding the cleared officer’s actions leading up to the shooting.

“My decision in the matter should not be taken to suggest that the (officer’s) conduct is not open to legitimate scrutiny. For example, one may question why the (officer) placed himself in a position of risk where he believed, reasonably for the aforementioned reasons, that he had no choice but to shoot, particularly when (Hamilton Police) policy prohibits officers from shooting at moving vehicles to disable them or their drivers unless they are responding to a lethal risk separate and apart from the vehicle. It might be that the SO ought to have retreated to a position of cover behind his SUV,” he added.

“On the other hand, by the time the shots were fired, the officer also had reason to believe that the Complainant was intoxicated and possibly had weapons at his disposal (the stolen pickup truck contained firearms). Each of these considerations would have tended to justify a more proactive posture by the officer. Be that as it may, these issues are a matter of professional standards left with the police service.”