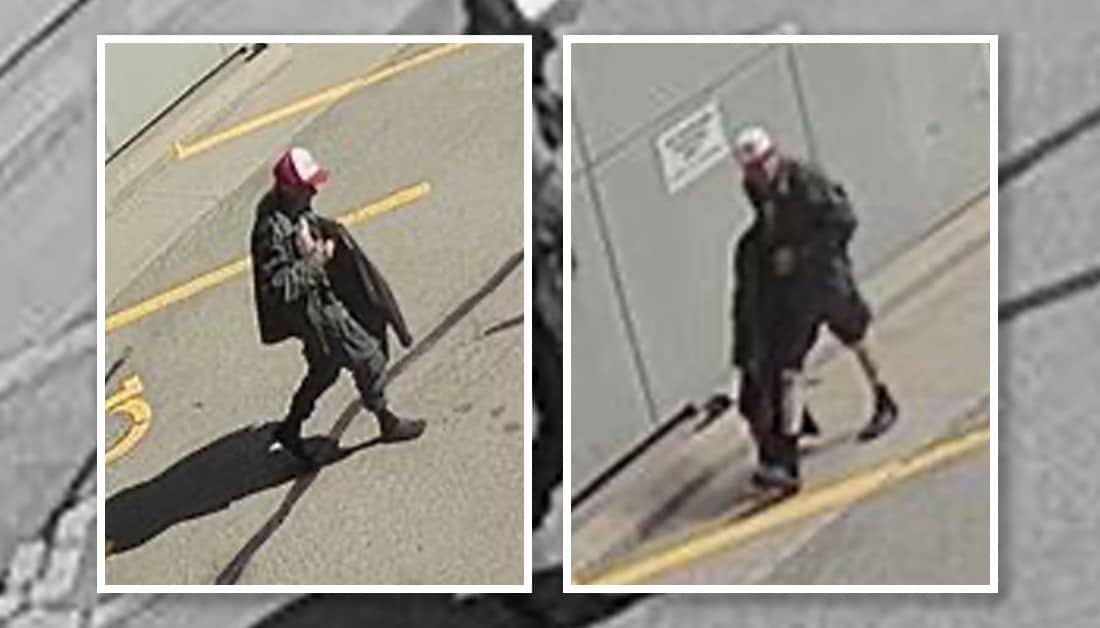 Hamilton Police are asking for help from the public in identifying a man suspected of setting garbage cans on fire in the downtown core.

Hamilton Police and the Hamilton Fire Department responded between 4:20 p.m. and 6:40 p.m. on Thursday to a series of suspicious fires set to garbage cans in the downtown area.

Police now need help identifying the arson suspect who is described as a middle-aged Caucasian male with a medium build and brown shaggy hair.

He is wearing a red and white trucker-style hat with a green jacket and dark cargo style pants. He has black socks with crocs-style shoes.

If you have any information that can assist police with the investigation of this crime, you are asked to call Detective Constable Shaun Fennessy at 905-540-3819 or Detective Sergeant Andrea Torrie at 905-546-2991 of the B.E.A.R unit.

Those wishing to remain anonymous, can call Crime Stoppers at 1-800-222-8477 or can do so online at www.crimestoppershamilton.com.