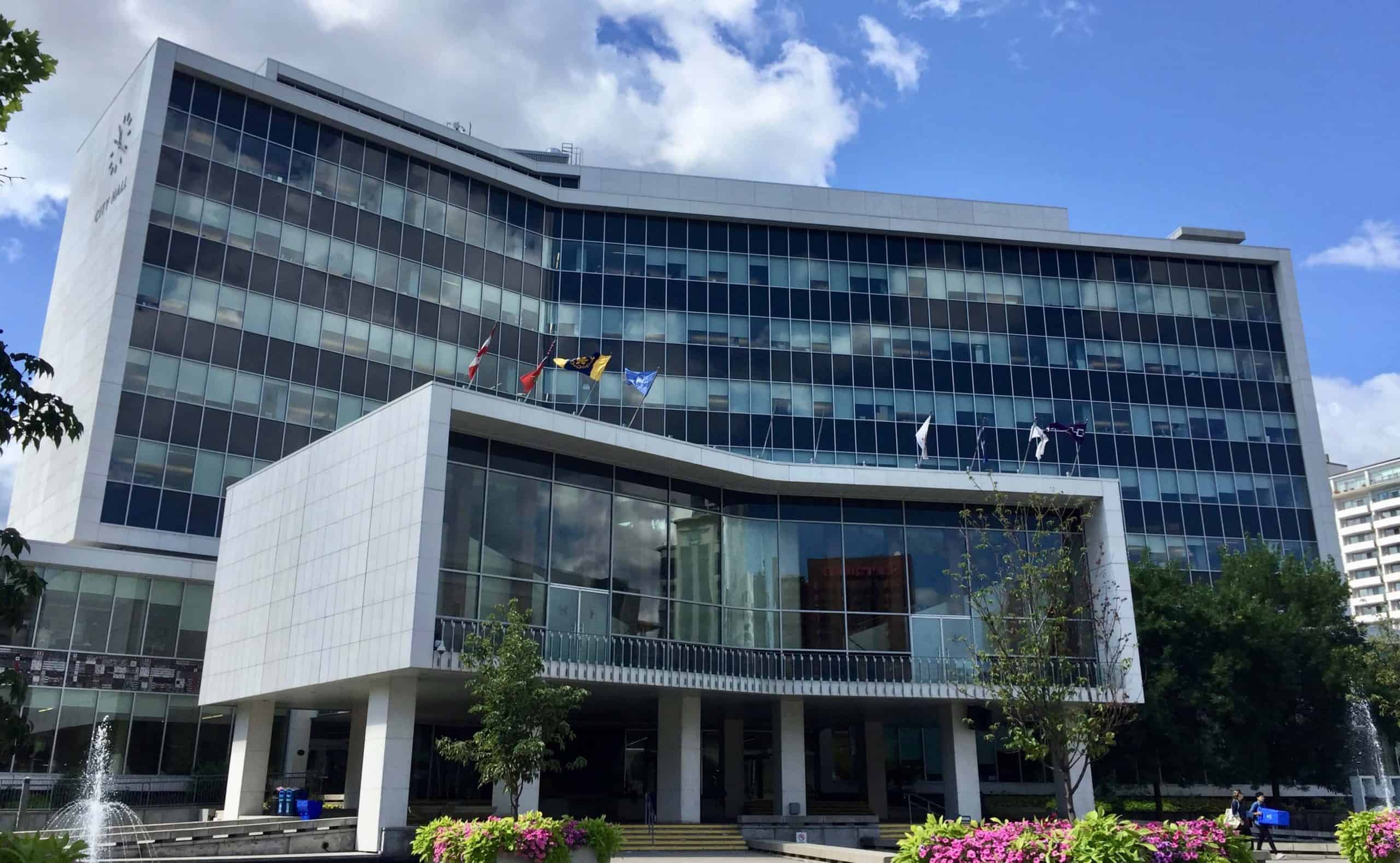 At Thursday’s (Sept 3) Hamilton Police Services Board meeting, members voted down a proposition that would see a 20 per cent reduction in the police budget, while also releasing a statement acknowl


At Thursday’s (Sept 3) Hamilton Police Services Board meeting, members voted down a proposition that would see a 20 per cent reduction in the police budget, while also releasing a statement acknowledging systemic racism in our community’s police service.

At the start of the meeting, Mayor Fred Eisenberger, who is also the board chair, read out the statement in its entirety.

“We recognize that generations of discrimination have led to distrust and we acknowledge that systemic racism exists in policing, including within Hamilton Police Service,” the statement read.

“Our communities are demanding change and we are prepared to work with you.”

Relationships between the Hamilton Police Service and members of the community are at an all-time low in the wake of violence that took place at Hamilton’s Pride 2019 celebration at Gage Park between Pride celebrants and a group of what appeared to be yellow-vest protestors.

In that instance, many felt Hamilton Police were slow to respond to calls for help.

In the wake of the violence, police response and public comments made on the matter by Chief Eric Girt have inflamed mistrust between the LGBTQ2IA+ community and law enforcement.

With the continued rise of the Black Lives Matter movement, the microscope is once again on the relationship between the Hamilton Police Service and the racialized and Indigenous members of the community they serve.

In fact, since early June, calls for the Hamilton Police Service to be defunded — a key demand of the BLM movement.

The notion of ‘defunding the police’ has become an important facet in police reform advocacy. The idea is to take some or all of the money communities use for policing and put it towards more robust mental health supports, accessible health care, job creation and other social services to support vulnerable communities.

In response to repeated calls to defund the police here in Hamilton, the police services board voted back in June to have a report prepared on what a 20 per cent reduction to the police budget would look like.

At Thursday’s meeting, HPS Chief Eric Girt presented the force’s findings which were summed up in a two-page memo.
It essentially found that 20 per cent reduction would equate to $34.3 million and, since 90 per cent of the budget is earmarked for salaries and benefits would mostly impact staffing and 279 uniformed officers.

“These reductions would result in increased response times, decreased visibility in the community, a decrease in self-initiated policing, and a decrease in service delivery,” the report says.

The board voted to make the details of the report public at Thursday’s meeting but also agreed that a 20 per cent reduction was not feasible.

“Defunding the police is one of the most dangerous political and social movements in recent memory,” said board member and Ward 5 councillor Chad Collins.

Collins was actually the board member to introduce to motion to get a report back on the 20 per cent funding cut to police, though only in an effort to prove it was unfeasible.

At the same meeting, board members voted against a pilot project that would see at least 100 uniformed Hamilton Police officers kitted out with body-worn cameras.

In the board’s and HPS’s statement that acknowledges systemic racism in the service, they tout a provincial initiative that is pulling on the resources of several agencies and organizations to address and reform, where needed, police service delivery across Ontario.

“We are encouraged by the discussions taking place around the Community Safety and Well Being plan and are optimistic for collaborative solutions that will bring about necessary change,” the statement said.

“This framework is designed to break down existing barriers and encourage multi-sectoral solutions to improve the well-being of everyone in Hamilton.”