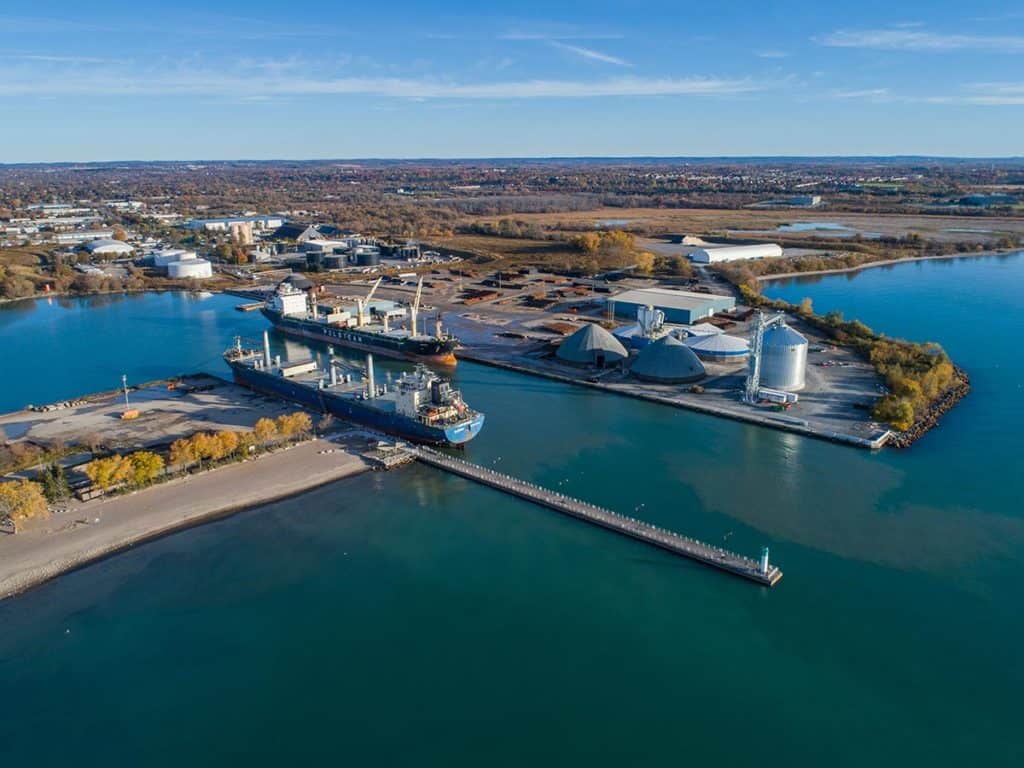 The Hamilton Oshawa Port Authority (HOPA) wants to take control of the last leg of Farewell Street in Oshawa from Durham Region and has the City’s blessing to do so.

The final block of the street, between Harbour Road south to the harbour itself, acts as a private road already, with only McAsphalt Industries and a few port-related businesses located there and HOPA wants ownership transferred to them to “allow for timely and strategic improvements to the main entrance to the port lands” and to “improve fluidity and safety within the port district.”

The Region is planning road re-construction of Farewell from Bloor Street south and was approached by HOPA during the stakeholder engagement process late last year to request road widening to allow for truck staging at the entrance to the port lands. HOPA’s request was denied and after “multiple e-mail exchanges” the formal request for transfer of ownership was made.

The request came before Oshawa Council September 27 and was approved unanimously, with the City requesting that access in and out remain in place for McAsphalt and other businesses on the road; that fire and other emergency services be made aware of the change; and that HOPA grant the City an easement should one be required in the future.

The City will be asking Durham Region to make the ownership transfer and the planned re-construction of the rest of Farewell Street – which remain in the control of the Region – a “top priority” by Durham Council.

Regional Councillor Brian Nicholson, who said the City and the Region need to “work aggressively” at this issue, said HOPA will be now responsible for the road widening and any other construction work south of Harbour Road.

Durham Region staff is expected to prepare their own report for Durham Council early in 2022.