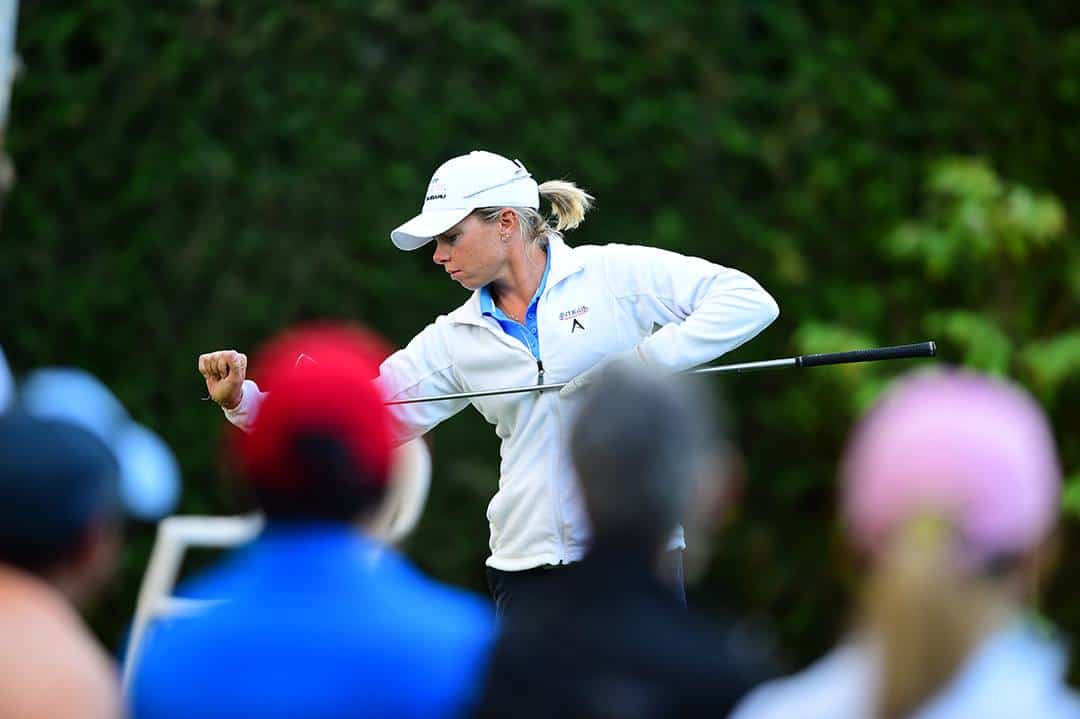 Hamilton's Alena Sharp is one of 11 Canadians that have earned a tournament exemption into the 2022 CP Women’s Open being held August 22-28 at the Ottawa Hunt and Golf Club in Ottawa. FACEBOOK PHOTO

The three local golfers are among the 11 Canadians announced Friday that have earned tournament exemptions into the 2022 CP Women’s Open being held August 22-28 at the Ottawa Hunt and Golf Club in Ottawa.

Canadian Sports Hall of Fame member Lorrie Kane will be making her record 30th career appearance in what will be her final go around as a player at the CP Women’s Open.

“Together with CP we are very proud to welcome this exceptional group of Canadian and international athletes to the celebrated return of the CP Women’s Open,” said Tournament Director Ryan Paul.

“Extending playing opportunities through tournament exemptions has always been an important component of the CP Women’s Open and we are very pleased that these talented amateur and professional players can join us at Ottawa Hunt for the 48th playing of Canada’s National Open Championship.”

Sharp will be making her 17th appearance at the National Open Championship. The Hamilton native is coming off a top-10 finish at the Dow Great Lakes Bay Invitational in mid-July. Her career-best finish at the CP Women’s Open was fourth in 2016.

Cranston, 18, is making her first appearance in the professional ranks. The Team Canada National Junior Squad member was crowned champion of the 2022 Women’s Porter Cup.

Following two years of event cancellations due to the COVID-19 pandemic, Golf Canada will honour select exemptions that were previously earned since the last CP Women’s Open was hosted in September of 2019.

The final field including additional exemptions will be confirmed on Tuesday, August 16, 2022.