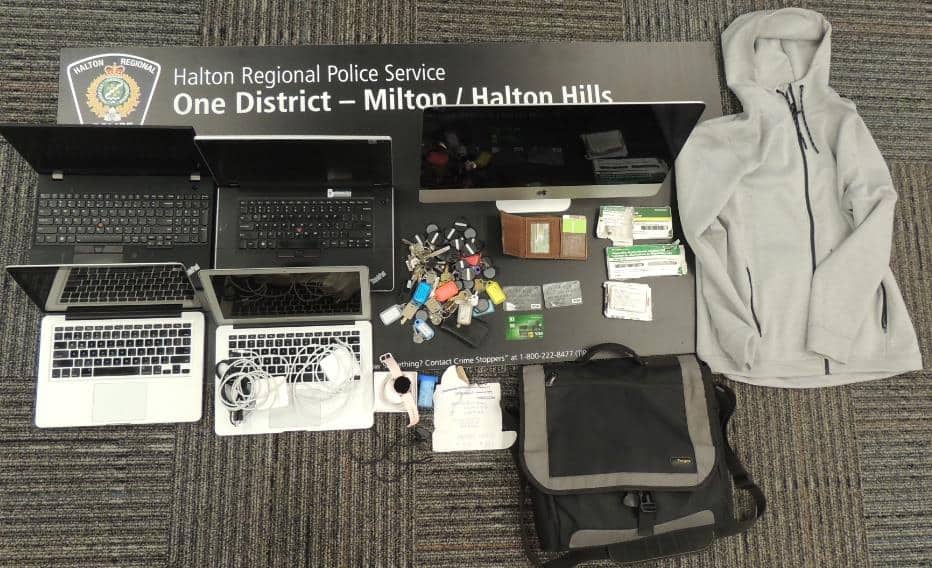 A man and woman from Hamilton have been charged with several break-and-enters in Oakville and Milton.

Halton Regional Police say several electronic devices, including laptop computers, were stolen from a Bronte St. S. office building in Milton on Sept. 28 at about 10 p.m.

Police say two other businesses located in the attached office building were then broken into the same night. In those cases, currency, property keys, identification documents and credit cards belonging to employees were stolen.

The crime spree, police say, would continue later that night as fraudulent purchases were made at businesses in Hamilton using the stolen credit cards.

Ten days later, on Oct. 8, an Oakville office building on Angus Rd. was broken into at about 4 a.m., police say.

Two separate businesses within the office building were targeted and those responsible stole various items including laptop computers and currency.

Additionally, various medications were stolen from a doctor’s office at the same location.

Investigators subsequently executed a search warrant at a residence in Hamilton and seized multiple items, including stolen laptops, credit cards and electronics.

Tips can also be submitted anonymously to Crime Stoppers  at 1-800-222-8477 (TIPS) or through the web at www.haltoncrimestoppers.ca.