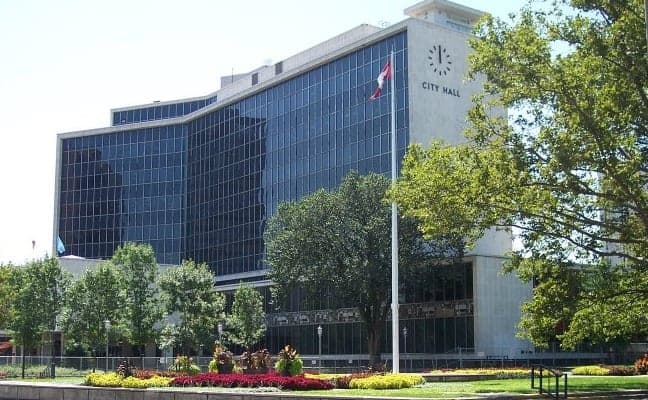 Hamilton city council will hem and haw about a light-rail transit (LRT) system for at least two more weeks.

On Wednesday, the city’s general issues committee voted 13-2 to defer a vote about a memorandum of understanding (MOU) on LRT to June 16. The committee’s deferral vote came after some six hours of briefing on the project by Metrolinx and the Ministry of Transportation about the $3.4-billion joint commitment to a light-rail transit system from the federal and provincial governments. That was announced last month.

The city had a MOU with Metrolinx for LRT before the project, which was committed to by the previous Liberal provincial government, was cancelled by the Progressive Conservative Party of Ontario government in December 2019. The province, and the feds, revived it in May.

The proposed 14-km line would run east-west through the city. Hamilton would only pay the estimated $20-million annual operating costs of the LRT, with the province covering life-cycle costs. The project has been on the table since 2007, when the city paid for an environmental assessment through a Metrolinx grant.

“If this project doesn’t happen in Hamilton, that money will go elsewhere and Hamiltonians will still pay for it,” Hamilton Mayor Fred Eisenberger, a longtime LRT proponent, said on Wednesday.

Eisenberger stated that the purpose of the LRT is half about transit and half about economic development as the city’s population grows.

“We are not Toronto,” he said. “We are thinking ahead for congestion coming our way.”

City councillors Brad Clark (Ward 9, Stoney Creek), Tom Jackson (Ward 6, East Mountain) and Lloyd Ferguson (Ward 12, Ancaster) were among those who questioned the dollar figures and the need for LRT.

Clark said the funding could be spent on expanding bus lines and purchasing electric buses. The city recently introduced its first carbon-negative bus.

“The (federal and provincial) ministers have said it’s LRT or nothing which borders on coercion,” Clark said.

Major construction on Mississauga’s Huronontario LRT line began in the spring of 2020. It is expected to be completed in the fall of 2024.