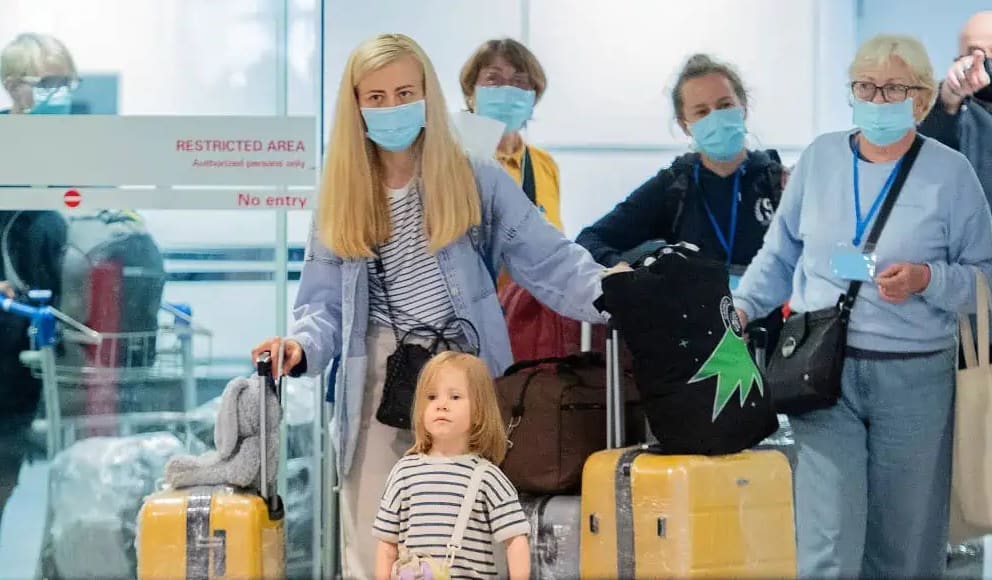 Refugees of the Russo-Ukrainian war arriving in Montréal. (The Canadian Press)

The community response in Hamilton to the Ukrainian humanitarian crisis now includes a guide to finding housing that is published in newcomers’ primary language.

The Hamilton Immigration Partnership says that its “Guide to Finding Housing in Hamilton” has beenv updated and is now downloadable in both Ukrainian and English. The revision came after HIPC convened a housing working group that has met thrice this summer, as part of its work with the Ukrainian Humanitarian Crisis and Response Team, HIPC

The guide published by HIPC includes sections regarding:

Hamilton, which has largest Canadian Ukrainian community per-capita in any major city in central or eastern Canada, is expected to welcome about 2,000 Ukrainain newcomers. The diaspora, caused since Russia invaded Ukraine on Feb. 24 to escalate a war that began in 2014, is Europe’s fastest-growing refugee crisis since the Second World War.

As of June 22, there were approximately 190,000 Ukrainians with pending applications to come to Canada, up from 140,000 about one month earlier. Canada has an emergency travel program that fast-tracks visas and temporary residency permits for Ukrainians and their families.

However, on Thursday the University of Calgary’s School of Public Policy released a report stating that Canada is receiving a relatively small number of displaced Ukrainians.

“Applications by Ukrainians are starting to far outstrip the number that are being granted by the Canadian government and we don’t even have a really clear picture of how many Ukrainians are coming into the country,” author Robert Falconer told The Canadian Press.

Falconer noted Canada and the United Kingdom have similar intake programs that include a visa requirement. Ireland, in contrast, has waived the visa requirement and accepted more than a dozen times as many Ukrainians than the UK.

Militarily, Defence Minister Anita Anand is expected to announce that the Canadian Armed Forces will start training Ukrainian soldiers in a third country.

— with files from Anthony Urcioli and The Canadian Press