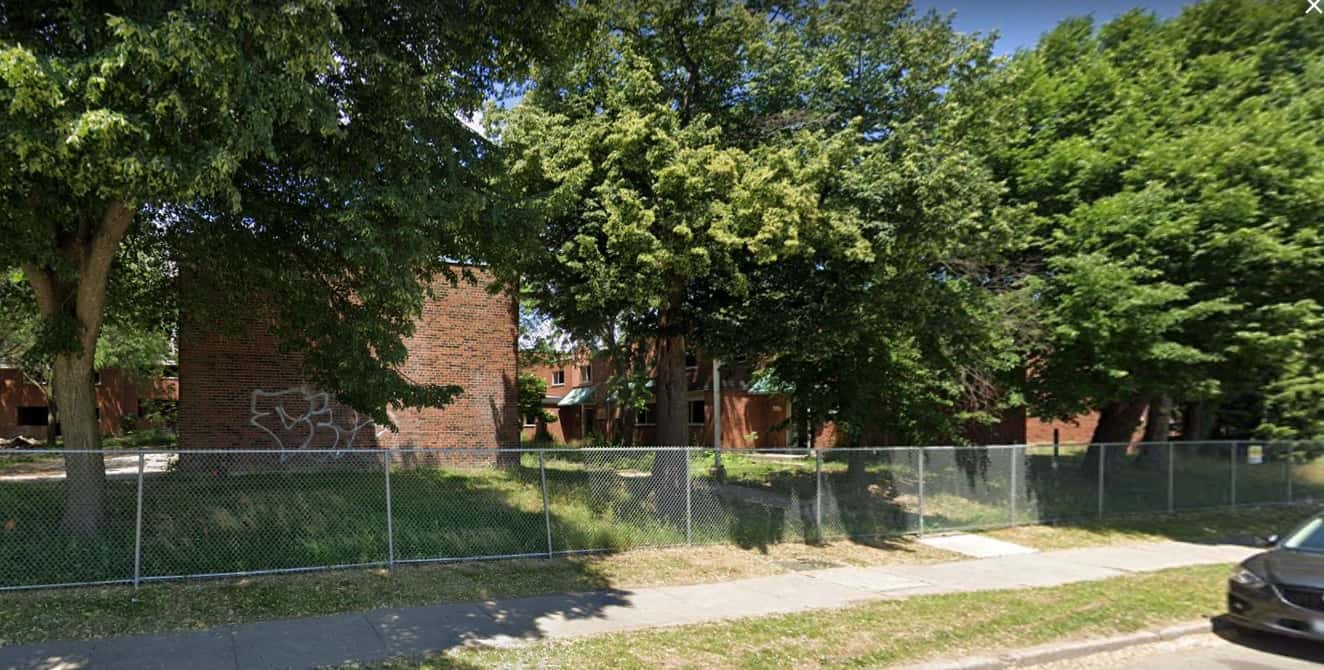 Those boarded-up townhomes in north-end Hamilton are going to be around longer than any underhoused family would probably like.

For over a decade, the wheels have been in motion to build the Jamesville development, more than one-third of which would be affordable units in a city beset by a housing crisis. It would be close to Bayfront Park, the West Harbour GO Station, and trendy James Street North. But the demolition work has ground to a halt to due to the Canadian National railway (CN) filing an appeal with the Ontario Land Tribunal on the grounds that the homes would be too close to its rail yards.

A letter to City of Hamilton city clerk Andrea Holland was sent by CN’s legal counsel on Sept. 14. It became public knowledge on Thursday when Ward 2 Coun. Cameron Kroetsch shared it on social media. Kroetsch took office in mid-November after his election victory on Oct. 24, where he defeated three-terms representative Jason Farr.

“Sensitive uses should not be permitted within 300 metres of rail yards, as rail yards have an area of influence of 1,000 metres where negative impacts can occur on the proposed use,” notes lawyer Katarzyna Sliwa of Dentons Canada law firm in the letter to Holland and the city.

“… CN was not opposed to the (official plan amendments and zoning bylaw changes involved to approve the project)provided that the impact of the adjacent rail operations were accounted for and
mitigated, as required,” Sliwa adds, noting that CN wishes to resolve the issues without a hearing.

Here's a link to a copy of the public appeal letter from CN Railway. It was sent to the @cityofhamilton on September 14, 2022. The letter also reveals that CN provided comments to the City on July 19, 2021. I wish the public had been notified. #HamOnt https://t.co/5czh7PCknj

Ninety-one units of affordable housing were removed when the townhomes were condemned. The plan was to build 16 apartment blocks on the site. All told, it would include 160 affordable units and close to 300 stacked townhouses that would be available on the open market.

Meantime, Hamilton’s housing and houseless dashboard indicates there are 5,716 households (families or individuals) on a waitlist affordable housing. That includes 916 households who were residing in rent-geared-to-income housing and awaiting a transfer.

Five hundred and forty-one households, or the equivalent of 9 per cent of the waitlist, were housed in 2021.