Officers in Hamilton and Halton have been cleared, more than three months after 40-year-old Sean Petrie was killed in a shoot-out.

The province’s police watchdog cleared officers with the Hamilton and Halton police services on Tuesday, more than three months after 40-year-old Sean Petrie was killed in a shoot-out with police at a Hamilton cemetery.

Singh was working at the same auto shop in Milton where the owner, Ashraf, was killed during the second of the two shootings on Sept. 12, 2022. Hours before, Hong was killed at a Mississauga Tim Hortons in what police have since described as a targeted attack by a shooter who was deliberately on the lookout for an officer. 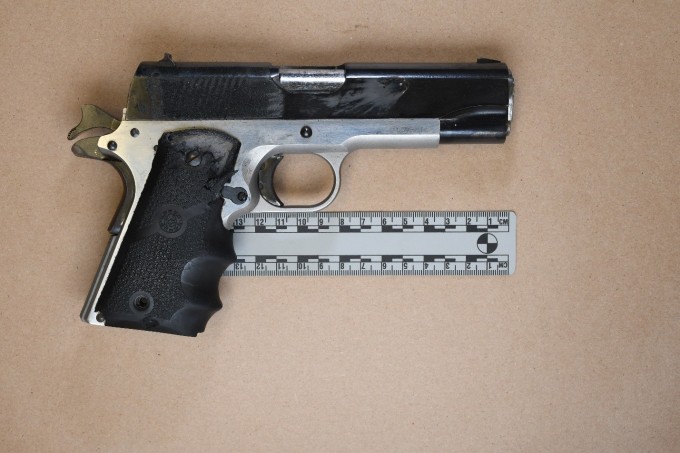 The shootings began when Petrie parked his car near the Tim Hortons, where Hong was killed. Police said they believed Petrie was living out of that red Toyota Corolla.

Petrie waited at the Tim Hortons for two hours and 15 minutes before shooting Hong in the head at close range in what police have called an ambush attack.

Police said Petrie then moved on to Milton, where he fatally shot Singh and Ashraf at MK Auto Repairs — where Petrie had worked for a short time.

(Petrie) arrived at the (auto) shop at about 2:30 p.m., confronted the owner in the garage, and shot him multiple times. The owner died of his wounds. Two employees witnessed the shooting and fled the area. (Petrie) fired at them but missed. Two other employees of the shop were confronted in the front desk area by (Petrie). The first employee was shot in the head and would later die of his wounds. The second employee was shot in the leg and lived. (Petrie) attempted to shoot the second employee again, but his gun was out of bullets. He fled the scene in the Jeep Cherokee, heading for Hamilton.

Petrie shot another man while dragging him out of his Jeep Cherokee to steal the vehicle. The victim was shot in the abdomen but survived.

After officers identified the shooting suspect as Petrie, they tracked his mobile phone location to Hamilton Cemetery at 777 York Blvd. However, because Petrie switched vehicles, Hamilton police officers approached the Cherokee to confirm the suspect’s description. Petrie then began firing his weapon at officers. 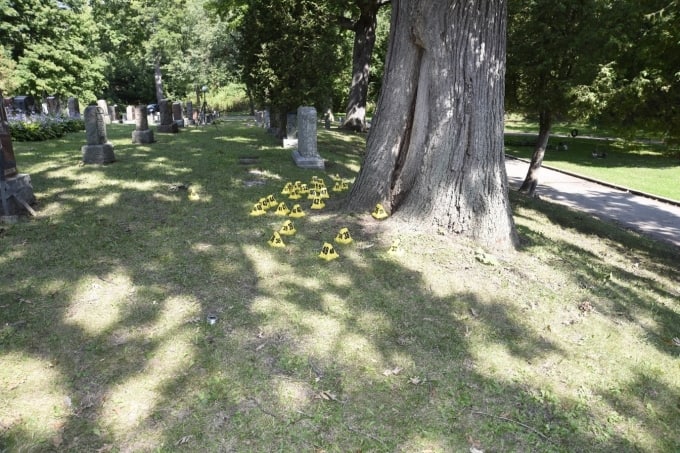 According to the SIU report, multiple officers yelled, “gun!” prompting police to take cover behind trees and return gunfire.

Halton Police tactical officers arrived at the scene with rifles and advanced shoulder-to-shoulder toward Petrie, who was taking cover behind a row of gravestones.

Petrie emptied his magazine, and before he could reload his weapon, he was hit with a series of bullets and became incapacitated.

Officers on the scene reportedly attempted life-saving measures on Petrie before paramedics could arrive. He was pronounced dead shortly after. 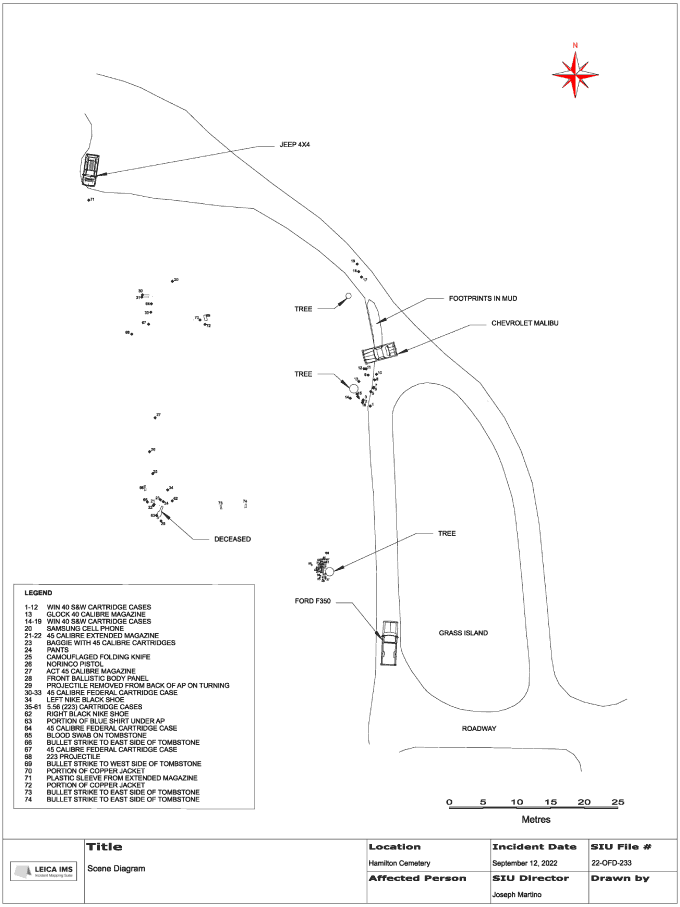 SIU diagram of the scene.

SIU director Joseph Martino ruled that, while it’s “not altogether clear which bullets from which police firearms wounded (Petrie),” there are no reasonable grounds to believe officers conducted themselves outside the limits of the criminal law when they fired at him.

“There is no basis for proceeding with charges in this case. The file is closed.”

The full report can be found here.