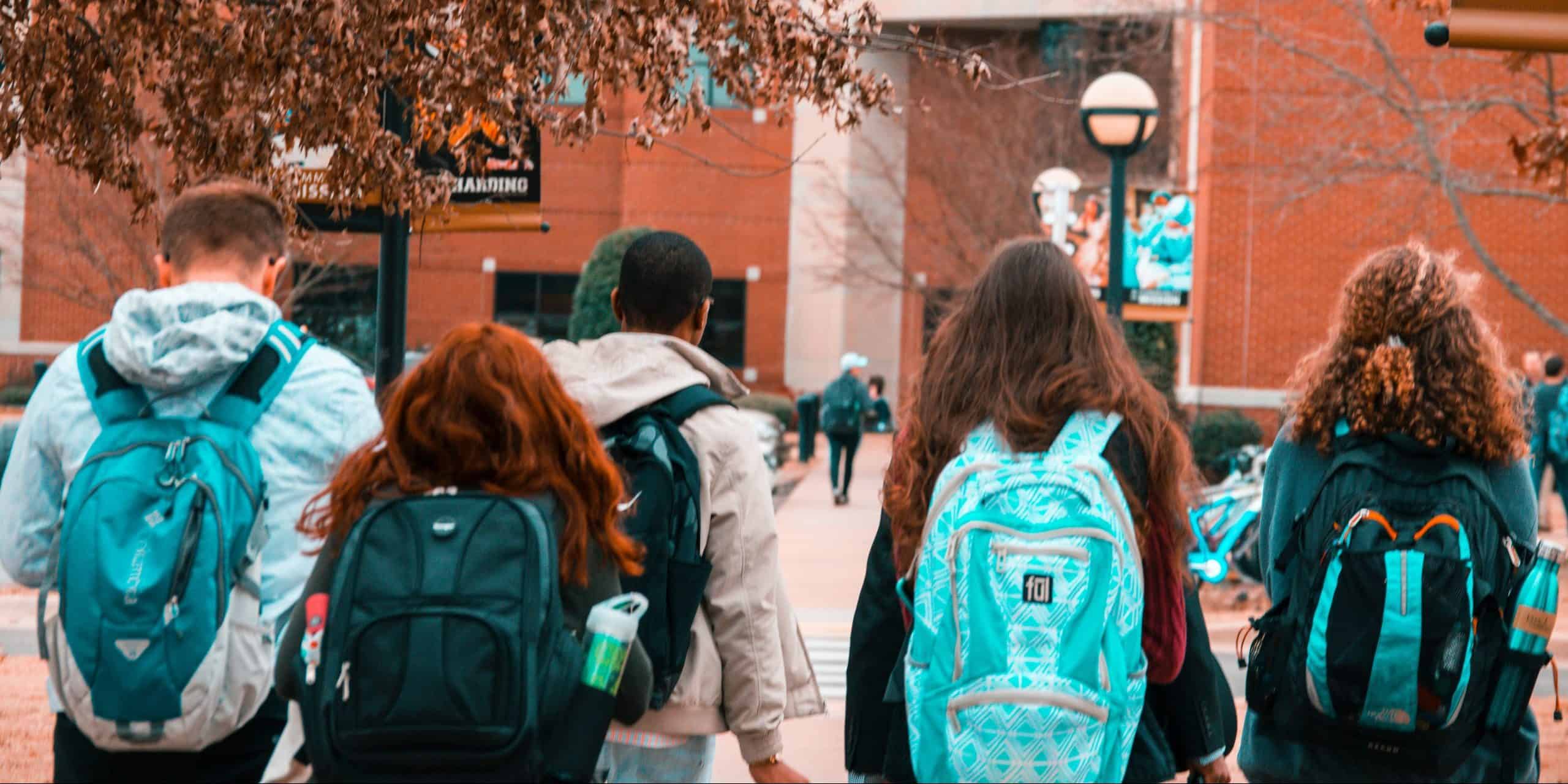 The educational journey for each Hamilton student could be very different depending on where they live and how much their parents earn.

According to the first research report released by the data-sharing coalition of mostly Hamilton’s school boards and post-secondary institutions, students from higher-income neighbourhoods were more likely to graduate high school, confirm a university offer, and
pursue science, technology, engineering, and math (STEM) programs.

“We found that the same factors shown to predict postsecondary access most reliably in other parts of North America apply to Hamilton and may have broad applicability across Ontario — something researchers and educators have been reluctant to assume,” reads the report.

The coalition conducted statistical analyses to answer the following questions:

CRP examined pathways for 5,310 students, contributing to a growing body of research into the factors affecting educational outcomes, such as high school graduation and postsecondary access.

Students who pursued the academic stream in high school gained similar advantages to those with sociological advantages. Aligned with findings from the Toronto public board, CRP found students in non-academic courses were less likely to graduate high school or attend postsecondary than their peers in academic courses.

“Further, we found students from the applied stream were less likely to confirm a postsecondary offer of admission to a university in
particular, relative to students in the academic stream,” reads the report.

“We also found students who were in the academic stream in high school, graduated both college and university in higher numbers.”

Based on the analysis of ten year-data, the high school graduation rate is 90 per cent in Hamilton.

However, students whose average neighbourhood household income is below $50,000 graduated at a rate of 84 per cent. In comparison, the number jumps to 97 per cent for students who live in Hamilton neighbourhoods where households earn $90,000 or more on average. 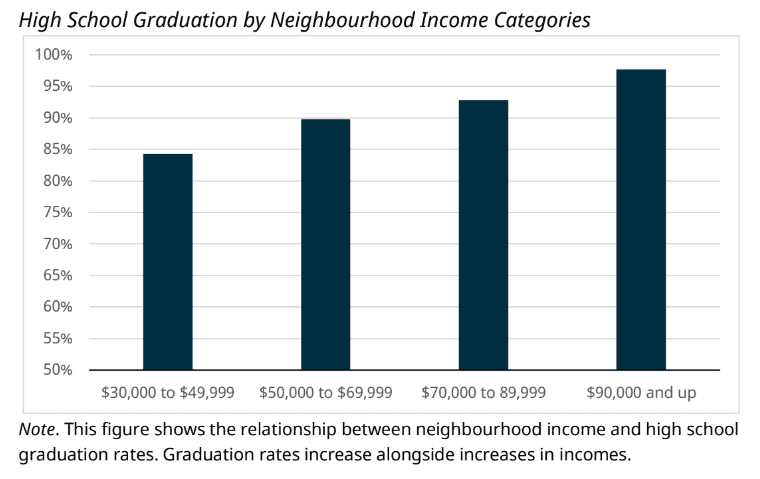 Wards 9 (Stoney Creek) to 14 (Flamborough-Waterdown) are above the $90,000 mark, while most of the Hamilton Mountain and lower city fall well below.

A full breakdown of household incomes based on Ward can be accessed online. 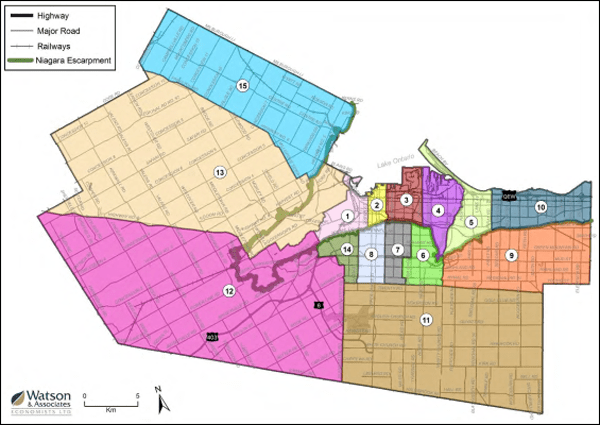 CRP examined the characteristics of 4,787 students who applied and confirmed an offer to an Ontario college or university through a centralized application service. This group includes students who accepted offers to public Ontario postsecondary institutions outside of
Hamilton.

Students from the applied stream were 96 per cent less likely to enrol in university than those in the academic stream. 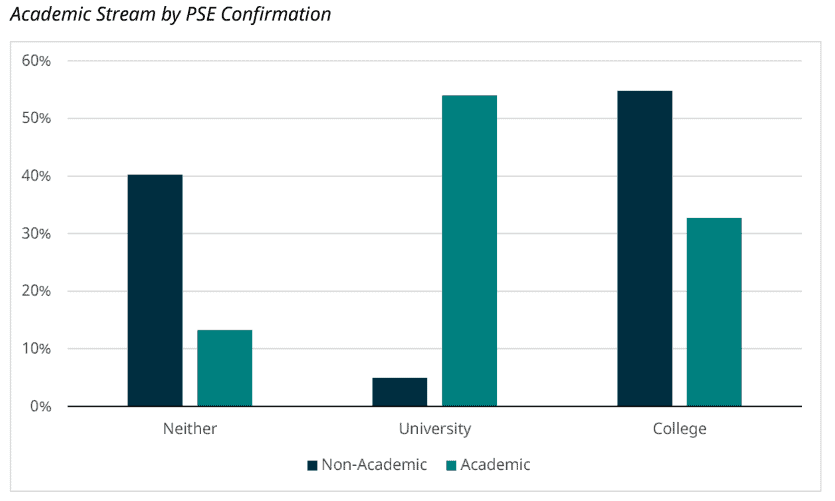 Neighbourhood income, secondary grades, and Grade 9 credits proved to be significant predictors of both college and university confirmations for Hamilton students, as well. 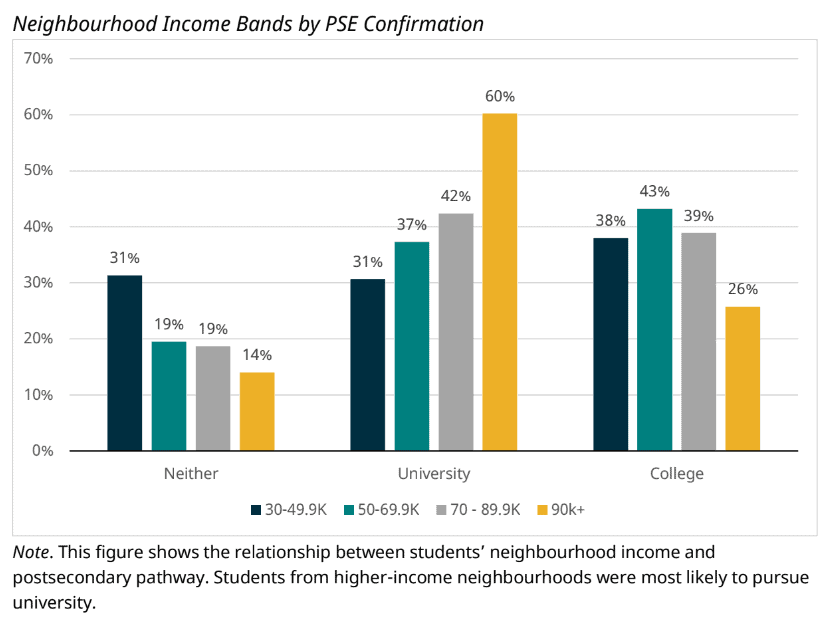 “Regression analyses confirmed that income was an important predictor of university enrolment, with students in larger income bands having a greater likelihood of confirmation,” reads the CRP report.

What are Hamilton students studying?

College and university program codes were grouped by CRP into the two broad categories of STEM and BHASE. 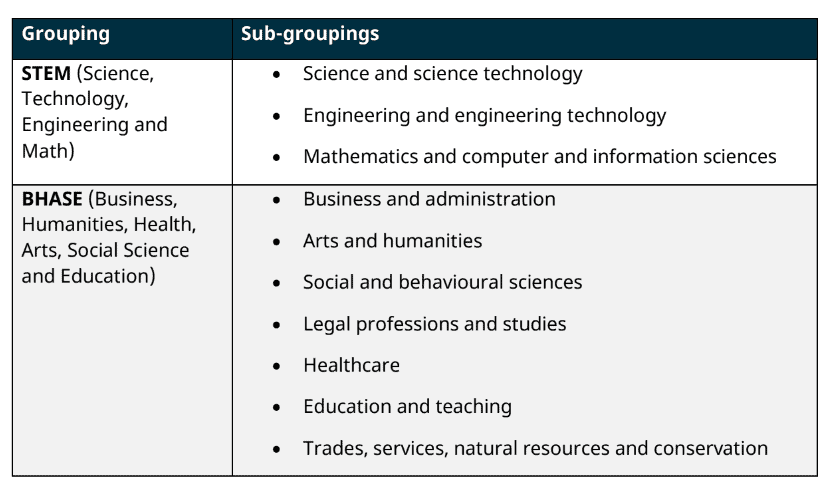 According to the data, female students in Hamilton were far more likely to pursue BHASE programs than males. In fact, there are almost twice as many males as females in STEM programs.

Hamilton students from academic high school streams were less likely to pursue BHASE programs, while STEM programs were dominated by students who pursued the academic stream in high school.

Additionally, those in BHASE programs were less likely than students in STEM programs to be in the highest Hamilton neighbourhood income band. More students who pursued STEM lived in neighbourhoods with average incomes of $90,000 or more.

Those who spoke English as a first language were more likely to confirm BHASE programs, while students who learned a language other than English first were slightly more represented in STEM.

In Ontario, information on a student’s educational journey from kindergarten through to postsecondary education is tracked through the Ontario Education Number (OEN). However, data connected via the OEN is restricted to the Ontario government, preventing educational institutions and the public from answering important questions on student access and success. This creates an environment where Ontario is data-rich but information poor.

Enter the Hamilton CRP, which built a resource that connected data across multiple school boards and postsecondary partners while also protecting student privacy — the first of its scale in Ontario.

“The better we understand our students and their education journeys, the more prepared we can be to support them in their training,” said Dr. Cebert Adamson, Academic VP at Mohawk College. “The Hamilton Community Research Partnership has more clearly defined the educational characteristics of our community and confirmed where our resources can be best focused to make postsecondary education accessible to as many people as possible and to support those students on the path to graduation.”

The coalition is looking to provide valuable insights into the pathways of students in Hamilton and a roadmap for other communities interested in pursuing this type of coalition.