Four engineering graduates from McMaster University in Hamilton won a national design award for their device that helps those with Parkinson's disease and other mobility challenges use knives safely. (McMaster University Daily News photo)

Four engineering graduates from McMaster University in Hamilton won a national design award for their device that helps those with Parkinson’s disease and other mobility challenges use knives safely.

Afeef Khan, Eden Lazar, Caitlyn Kuzler, and Clayton MacNeil won the 2022 Canadian James Dyson Award for their design, along with an $8,500 cash prize.

Their invention, named Taco after an early taco-shaped version of the device, is a knife guide that can be slipped under a cutting board to provide a safe way for Parkinson’s patients to slice food.  It was designed to improve the lives of people with hand tremors as a group project in a product design class. 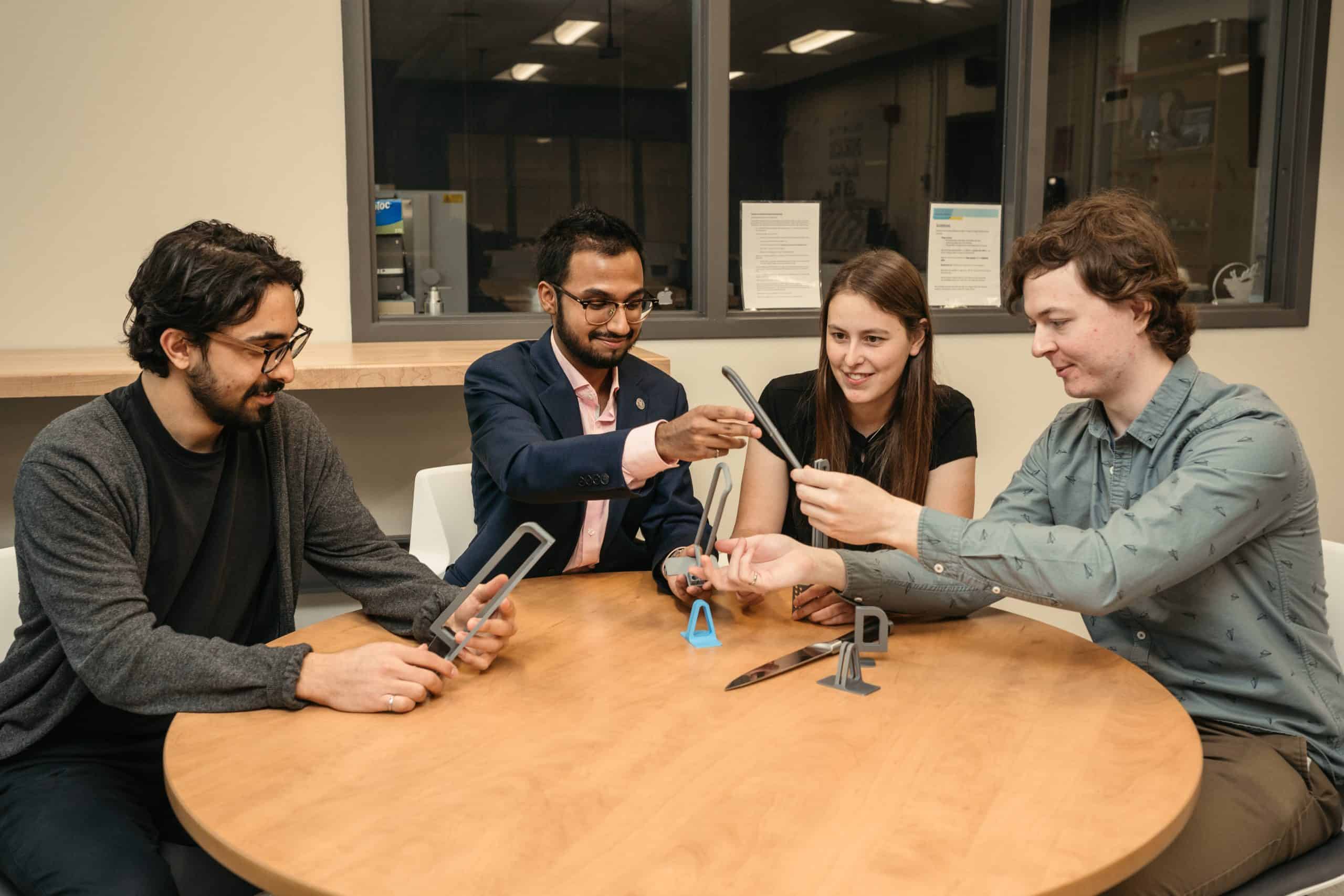 It was inspired by the struggles of Beatrix, a patient at a care home where Lazar volunteered.

Beatrix suffers from severe Parkinson’s disease, making it dangerous to use a knife and forcing her to rely on caregivers to prep her food.

By designing a tool to hold her knife in a safe, effective cutting position, the team saw an opportunity to give her more independence and improve her quality of life.

“We wanted to ensure we were creating something that would impact people’s day-to-day lives,” Khan explained to McMaster’s Daily News.

The group started with a small, plastic 3D-printed model and progressed through a half-dozen design modifications u making improvements based on testing and feedback.

“Thanks to a team effort, we were able to take a decent idea and keep upgrading it into something that ultimately had a real-world effect,” said Lazar. “When we gave Beatrix a final model to test, it had a remarkable impact on her ability to prepare her own food.” 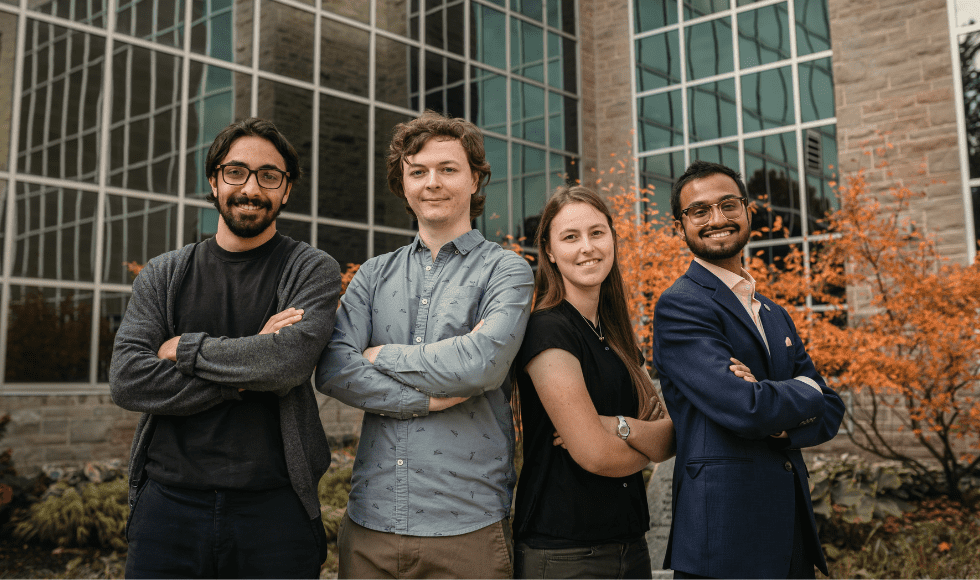 They are now investigating the business case for bringing Taco to market, with Khan working full-time on the endeavour. He is seeking to establish a relationship with McMaster’s business incubator, The Forge and talking to the McMaster Manufacturing Research Institute about producing the first small batch of products.