The City of Hamilton announced changes to its fall bus schedule as it gets LRT-ready, as well as a slight fare increase that will go into effect next month.

The City of Hamilton announced changes to its fall bus schedule in preparation for light rail transit (LRT), as well as a slight fare increase that will go into effect next month.

As part of a ten-year transit strategy to grow ridership and increase accessibility, Hamilton Street Railway (HSR) customers travelling on Route 20 A-Line — a north-south express route that travels between downtown and the Hamilton International Airport with a Mohawk College stop — will now have all-day Saturday and late weekday evening service. There will also be enhanced weekday peak period frequency. This is expected to improve connectivity to Pier 8, as well, and ensure Hamilton is ready for LRT and the expanded BLAST Network.

“It’s an exciting time for transit in Hamilton,” says Maureen Cosyn Heath, HSR director of transit. “Our strategic investments are connecting customers to residential growth and employment areas more directly and making transit a more attractive option to travel across our city. These improvements also ensure we are best positioned to leverage investments from other levels of government for a rapid-ready Hamilton.”

“Enhanced transit service for customers is an important contribution to the city’s efforts to attract and retain businesses in our employment growth areas,” said Norm Schleehahn, Hamilton’s director of economic development. “In addition to improving options for residents and job seekers, it supports employers’ efforts to attract and retain talent  — a key issue facing businesses and cities alike.” 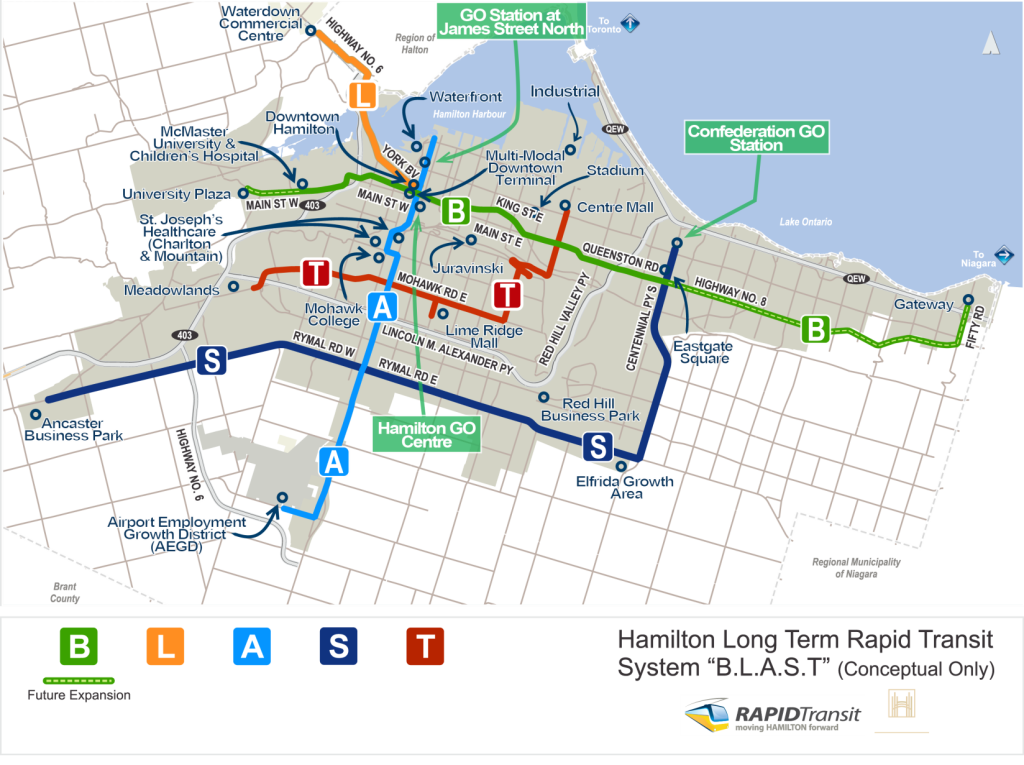 Route 22 will no longer service the Anchor and Bigwin area, however. Customers travelling to a destination on Stone Church between Nebo and Pritchard or along Anchor, Harlowe, and Pritchard may transfer to Route 43 Stone Church.

The city says Afeedback from residents in Upper Stoney Creek will benefit from the extension of Route 43 to residential areas along Green Mountain Rd. West.

“Improved weekday frequency and the eastern route extension to Upper Centennial on Route 43 Stone Church will improve connectivity to and from Stoney Creek Mountain,” according to an official media release.

The fall schedule will go into effect Sept. 4 and operate until Dec. 31.